iOS 13 and iPadOS beta. Is anyone running it?

Anyone running the new iOS 13 Beta 2?

There is a usable profile for the beta if anyone does want it i can put it here, but while it works 95% there’s a few apps that are still a little funny with it.

I’m liking some of the features they’ve added. Particularly the swipe keyboard ‘QuickPath’ which was a long time coming, but it works very very well.

I’ve not looked at to many other features yet.

So this is interesting 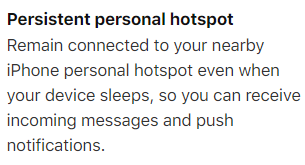 I will need to test that out, ive got a decent amount of data on my phone so that should be convenient for travel.

For anyone with an iOS device (or macbook). Apple have now released public beta profiles for these.

Im to far detached from the apple ecosystem to consider even attempting an emulation but Im curious… whats new in the OS?

On iOS 13 there’s a fair number of changes. You can see a list here https://www.apple.com/ios/ios-13-preview/features/

While there’s a bunch of interesting updates and new features, probably the most immediately noticeable ones are the inclusion of a native dark mode and native swipe keyboard. Both for me have worked excellently out of the box for me.

The next biggest thing, though probably not to be used as much by me is the improvements to accessibility including voice control.

Some smaller nice features are the inclusion of native external drive support, native SMB support, and additional improvements to security around app permissions and what they can access. 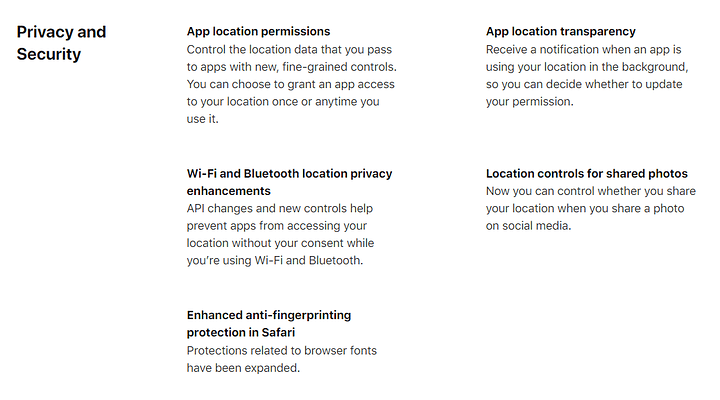 On OSX 10.5 on the face of thigns its mainly itterative improvements. https://www.apple.com/macos/catalina-preview/features/

The more notable change is the improvement towards the easy integration of iOS apps in OSX as native OSX apps.

It also includes the same accessibility improvements that iOS has.

Everybody says it’s still pretty buggy, so no. I typically jump in at the release candidate stage.

There’s definitely a few bugs to iron out. Mainly as far as i have experienced in a couple of third party apps. Definitely would wait until its final if you have important apps you need access to 24/7.

I don’t, I use my iPads to browse around while sitting on the couch and pooping (two separate activities) , but I don’t want to deal with bugs.

Looking forward to dark mode and the keyboard changes; swiping and also the small movable keyboard so you can one-hand swipe type, should be really nice on a tablet.

but I don’t want to deal with bugs.

Agreed. they’ll be ironed out in a few weeks anyway.

I have installed the IPadOS Beta yesterday evening. My IPad is mostly for playing around, so no Problem with bugs and such.

Some things are great. Being able to finally access our SMB shares at work makes a whole bunch of stuff way simpler. And it worked without any fuss. I just added the Servers and was able to access all my files.
For Files to open in the correct app though, i have to copy them locally. Otherwise the Files Apps Preview function is used. A bit of a hassle for the Excel documents and such, but oh well.

I’m still utterly confused by the multitasking shenanigans. Yesterday i tried to run Google Keep besides Safari. First, you can’t make a multitasking view from the App Overview. You have to drag them from the Dock, which is inconvenient if you’re shuffling more than the 3 most recent apps that get shown there. Then, Keep seems only support that “overlay” mode and not side by side. Ok, no big deal. Then, the overlay is pinned to the right. I haven’t found a way to move it anywhere else, which is a big Problem with some apps. Also, how do i close the additional window when i don’t use it anymore? I think you swipe it up from the App Overview, but this feels like closing the entire app, when i just wanted it back to fullscreen.

All of the multitasking stuff is less than intuitive really. You never know how an app will behave (50/50 split or overlay) and switching configurations from multitasking to fullscreen can be a bit tricky.

The new Keyboard is nice. The swipe feature is useless in German. I like being able to shrink it though.

I appreciate the Dark Mode. It was never a huge Problem i had, but having options is better than not having them. Some Cards in the today view don’t apply the dark theme correctly though (Google Maps, Kasa, Authy i think, anything not apple).

Also, so far, no major bugs or crashes. I’m not sure if i can warm up with the way multitasking is handled, but other than that, this feels like a solid improvement for productivity. Nothing groundbraking, but solid. Also, the Rebranding should allow for further deviation from standard iOS in the future.

Then, the overlay is pinned to the right. I haven’t found a way to move it anywhere else,

Using the top of the overlay if I remember hold and move to the left or right. I think the overlay supports only right aligned or left aligned.

Yeah, i don’t know. Pulling it to the left didn’t work yesterday. I didn’t try for longer then anyways as i had stuff to do. I’ll look into it later.

Yeah, i don’t know. Pulling it to the left didn’t work yesterday. I didn’t try for longer then anyways as i had stuff to do. I’ll look into it later.

There’s a little tab like “icon” top middle of the overlayed app that is reliable to holding to move the overlay around. You can also swipe the overlay to the right (if its on the right) to put it away, and swipe in from the screen to bring it back when needed.

Running iOS 13 (iPhone XS) and iPad OS (iPad Pro 9.7"). Both not bad experiences in the public beta. I appreciate the perceived faster loading times so far on apps. Biggest win right now in my opinion is Face ID speed and accuracy in iOS. iPad OS is moving Apple in a better direction for the laptop alternative space. Not quite there to force my hand on not needing a laptop.

Not sure what i was doing wrong. It works now. And i can get Keep to either overlay or side by side. So yeah, everything working as expected.

Installing iPadOS 13 beta 3 now on my iPad Pro 11. I’m a bit behind the game because I hadn’t owned any Apple stuff for a while, until like 5 days ago.

One thing I appreciate immediately is simply the fact that I can opt-in. While with my phone, Android 9 was released almost a full year ago and I’m still stuck with Android 8 on my LG V35. 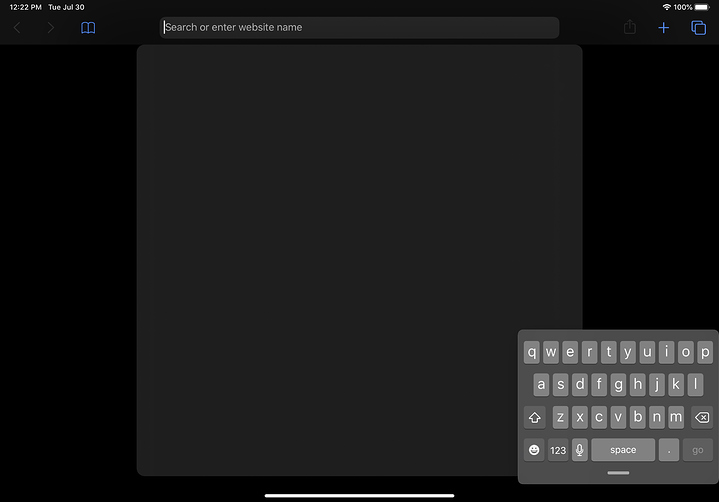 This might be an Apple Pencil feature, maybe not iPadOS, but now when you take screenshots it puts the markup option on the screen without needing to select the option for it. Basically like the Galaxy Note phones. 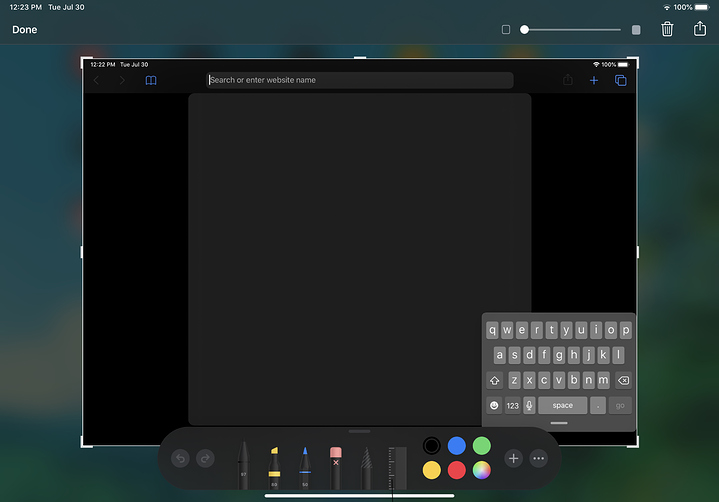