Introducing someone to Linux. Looking for software suggestions

I am introducing ItsAGundam to Linux. Primarily for gaming but also for productivity.
Which modern distro? He likes the Windows interface so I am thinking KDE but Mate is also good.
As for software, I am thinking KdenLive alongside OBS as he is a Youtube Streamer.
And the standards: LibreOffice, VLC, Firefox.
Maybe Ardour?
JACK Audio?

Games suggestions that are not found on Steam? Preferred Free or F2P?

I am preloading an SSD I have for him.
I want to make it as plug and play as possible. I have a GTX 1080 now and he has a GTX 980 so I am assuming I can install the Geforce driver stack and it should work for his 980TI as well.

Games suggestions that are not found on Steam?

This should be an entire thread by itself.

0 A.D. is a pretty awesome free RTS. I’m not particularly skilled at RTS games so I have spent countless hours playing it and it has been pretty fun for me.

SuperTuxKart is another game I like that is free. I haven’t played any Mario Kart games since N64 days, so this is substantially more expanded than those older versions. I have a Logitech wheel that more or less works with it which adds some challenge to the game. This and 0 A.D. can be found in the repo’s. 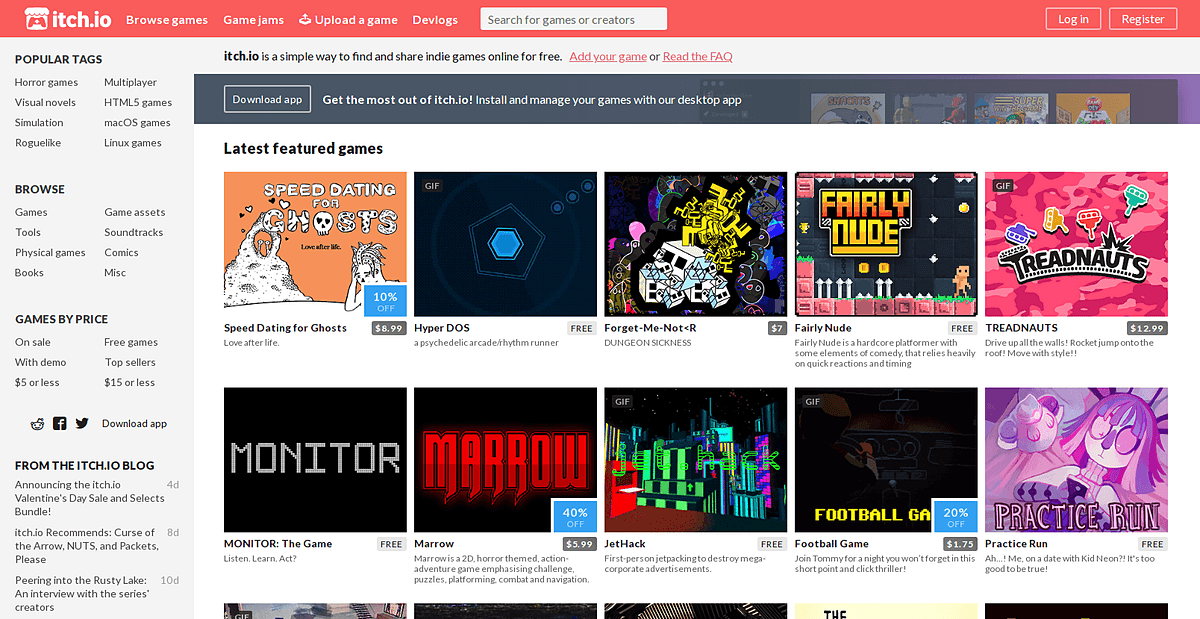 itch.io is a simple way to find, download and distribute indie games online. Whether you're a developer looking to upload your game or just someone looking for something new to play itch.io has you covered.

There are tons of games on itch.io. It’s like indie-Steam with a Linux client.

Runescape also has a native client if you are in to that.

For non-games the two things I would recommend for anybody is Redshift and ConvertAll. Redshift is great for mellowing out the strong blue light coming off a bright white screen and other people I have shown it to have loved it. ConvertAll is something I always have handy on a launcher so I can convert different measurements. I find myself doing it fairly often and it seems faster and easier for me than searching for different online converters every time I want to convert a fraction of an acre to square feet or
foot pounds to newton meters or whatever. Most of the other software I use is mostly personal preference and very debatable.

As far as distro/DE any of the major distro’s using the DE’s you mention is perfectly fine. I’ll let someone else start that war if they want. It really isn’t that big of a deal either way. Once someone new gets their foot in the door they can make their own decisions and fight with the online Linux community for themselves. If you think they might want to distro hop a bit and try things out then maybe install VirtualBox.

Set them loose in the ubuntu snap store and let them look around. Theres anything you need in there.

I always install Pinta, a paint-like program for that easy and familiar picture editing.
Also Solitaire of course.

Pretty sure Warframe is free

He likes the Windows interface

Look at what software he will most likely use and see what distro they support. Hint, its usually Ubuntu.

So, how stable is the Gnome 3.28 DE? I am hearing that KDE 5.12 LTS is not as stable as people would like. I have been a fan of Gnome 3 but I need the DE to be stable but pretty.

I am definitely thinking:

Last issue I remember with gnome had to do with starting a Wayland session. Use xorg and you shouldn’t have any issues.

Plus an Intel nuc I just acquired.

If you aren’t aware Ubuntu 18 uses gnome but with the Ubuntu dock and window theme. I recommend leaving it alone for a good impression.

Attempted to install Nvidia drivers again on Ubuntu 18.04 after succeeding on Fedora 28 via manual method. Following instructional guide and now cant boot to login and just like before when going to the recovery menu, it freezes!! As Linus Torvalds would say…Nvidia…Fuck You

If only linux had a stable driver ABI

Got it working with Kernel 4.16.x on Fedora 28 and Nvidia 396.24 drivers from the website using the DKMS method. Still a VERY annoying installation method.

I’d just use the distro’s default. If it uses JACK, good, if not, don’t bother. Replacing the audio backend is very complicated and will scare him away.

Which modern distro? He likes the Windows interface so I am thinking KDE but Mate is also good.

And the standards: LibreOffice, VLC, Firefox.

Yep. MPV is also a good choice instead of VLC.

I want to make it as plug and play as possible. I have a GTX 1080 now and he has a GTX 980 so I am assuming I can install the Geforce driver stack and it should work for his 980TI as well.

Yeah, that will work just fine. Just be aware that Nvidia is a pain in the ass on most distros. The only one that handles it seamlessly (from my experience) is either Solus or Fedora.

Got it working with Kernel 4.16.x on Fedora 28 and Nvidia 396.24 drivers from the website using the DKMS method. Still a VERY annoying installation method.