Intel i5 3570k overclocked and undervolted

Hey all l have recently been updating my pc build with higher quality componants and have been trying to find the best balance of performance, noise levels, and heat output.

When I started off with this build I had decent componants overall but have since aquired through some carefull searching of second hand and new parts, my biggest upgrade has been my motherboard going from am asrock z77 extreme 6 to an asus rog maximus v formula.
Now the rog board is far better at overclocking my 3570k than my asrock was at least according to my very limited experience.

Now to the meat of my question, i am currently running my 3570k at 4.2ghz on a offset core voltage of 1.165v give or take 0.005 volts with temps on all core hanging around the high 50s to mid 60s at load and I wanted to know if that was decent for my chip?
I know i can hit 4.5ghz no problem with this chip and mobo combo but at the cost of running the core at 1.3v and temps sitting in the low to mid 80s but I didnt see any real benefits to my gaming from running this high so i decided to drop to 4.2ghz and try to find the lowest possible voltage and remain stable.

Heat is a big problem here with my ambient temps in my office often hitting higher than 35-37c in summer so i know that will adversly affect my cpu temps in turn, so i am doing everything i can to maintain my overclock but limit my heat output and also fan noise.

Would love to hear from any of you running this gen of cpu and similar hardware regarding your experiences with overclocking, voltages and temperatures.

If you are hitting 80C at 100% load, then you should be fine. I had a 4770K, and 80C at full load translated to about 70ish degrees with a bunch of chrome tabs, a few games, and autocad running all at once.

Mine is currently sitting at 4.2 GHZ at 1.165v and is cooled by a NZXT Kraken x40. I pulled the shitty stock fan off the x40 and replaced it with an Akasa Viper 140mm S-Flow fan.

Under normal use (gaming such as Fallout 4, MMO's, Dirt Rally etc) not only do i never - and i mean NEVER hear the fan, I also have never broken 60 degrees celcius.

I have had the cpu as far overclocked as 4.8 GHZ at approx 1.26v but the temps were hitting 75 degrees celcius under benchmarking and I was uncomfortable with those, in addition for that to be stable I had to wind my RAM from 2133 back to 1866MHZ

We also have the same motherboard - ASUS Maximus V Formula

Even with your ambient temps hitting mid 30's in the summer with adequate cooling you should be fine to run at around 4.5GHZ all day. I am fairly conservative with my overclock. I would happily run 4.5 GHZ if I had a larger cooler such as the NZXT Kraken x61 or the EK Predator 360

The Noctua NH-C14 complements my desktop style HAF XB EVO case. That would be hard to achieve with your higher ambient temps though without actively chilling!

Thanks for all the answers ladies and gents. At 4.5 i was hitting the 80s only under full stress test loads but with my goal to balance performance accoustics and heat i am pretty happy at 4.2ghz.

My cooler is the cm nepton 280l so its on the larger side of aio coolers but downside is my ambient temps keep everything running pretty warm even at idle.

After running for a few days with my voltages on the core set pretty low i ran into stability issues sadly which didnt show during my hours and hours of stress testing, which goes to show there is no better stability test than real world usage. So i have bumped my core volts back up to 1.195 and all seems well. 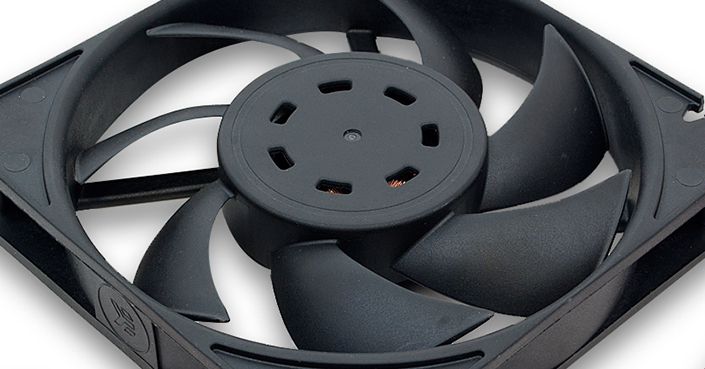 Thanks for the tips. For fans i am most likely going with fractals new series of high static pressure fans accross the board for all 7 fan spots in the case they get good reviews for performance vs accoustics and look amazing as well imho. I was always led to believe that thermal paste would only maybe drop 1-3 degrees c from the best to the worst thermal compound am I wrong in that assumption, currently using some thermalfake compound on the cpu.

I think my best bet to helo bring down my temps will be to figure out how to keep the room i am in a little cooler as that is most likely to help me drop maybe 5-10 celcius overall. Might have to figure out some heat exhaust system for my computer room as AC is not really an option as we are suffering from daily 8hr powercuts here in zambia so it would pretty much be a waste to have an ac.