Hello all this is Moose and my friend recently told me that he wanted to get a computer. I asked him what he would be using it for and he said gaming. The build cannot go over $650 and has to include a monitor, os, keyboard, and mouse. Any help would be appreciated.

Found this post and jumped on Newegg to see what I could do.

I thought this would work out pretty well. With shipping it comes out to $651. Included a good 1080p monitor, plus one of my favorite mice. I didn't include an OS because you can just torrent W7 Ultimate 64-bit. My friend runs almost an identical system and plays everything just fine.

we at tek syndicate do not promote pirating, above that some people don't have reliable or good internet, try downloading a 3+GB file when you're capped 200MB a month and a ping of 2s or 2000ms pretty hard to send a coninuous file of that size reliably when you're beaming it up to space and back or over 3G

^ Beware of link in mynam3isnathan post. This leads to a screenshot taken from some software. I tried to click on one of the items on the list, thinking it was PC partpicker, and it force downloaded an executable. Of course.

That's a good point, I hadn't considered that. But, that being said, I would gladly donate a genuine Windows 7 Home Premium 64-Bit Key to this person. I'm obviously a filthy pirate when it comes to OS's but, I do have a genuine code that I would gladly give. I had to buy an OEM copy of 7 awhile back and never used it.

I appreciate what you said and I'm glad you did so I can keep it in mind for when I post in the future.

The application used is Gyazo in case you're curious, I wasn't aware that you had to download anything to view it? My friends and I constantly use it to share what we're looking at etc. So i'm used to using it, I'll post it another way though.

Sorry for the scare :D

This should be better, just took a screenshot and saved it out in Paint. 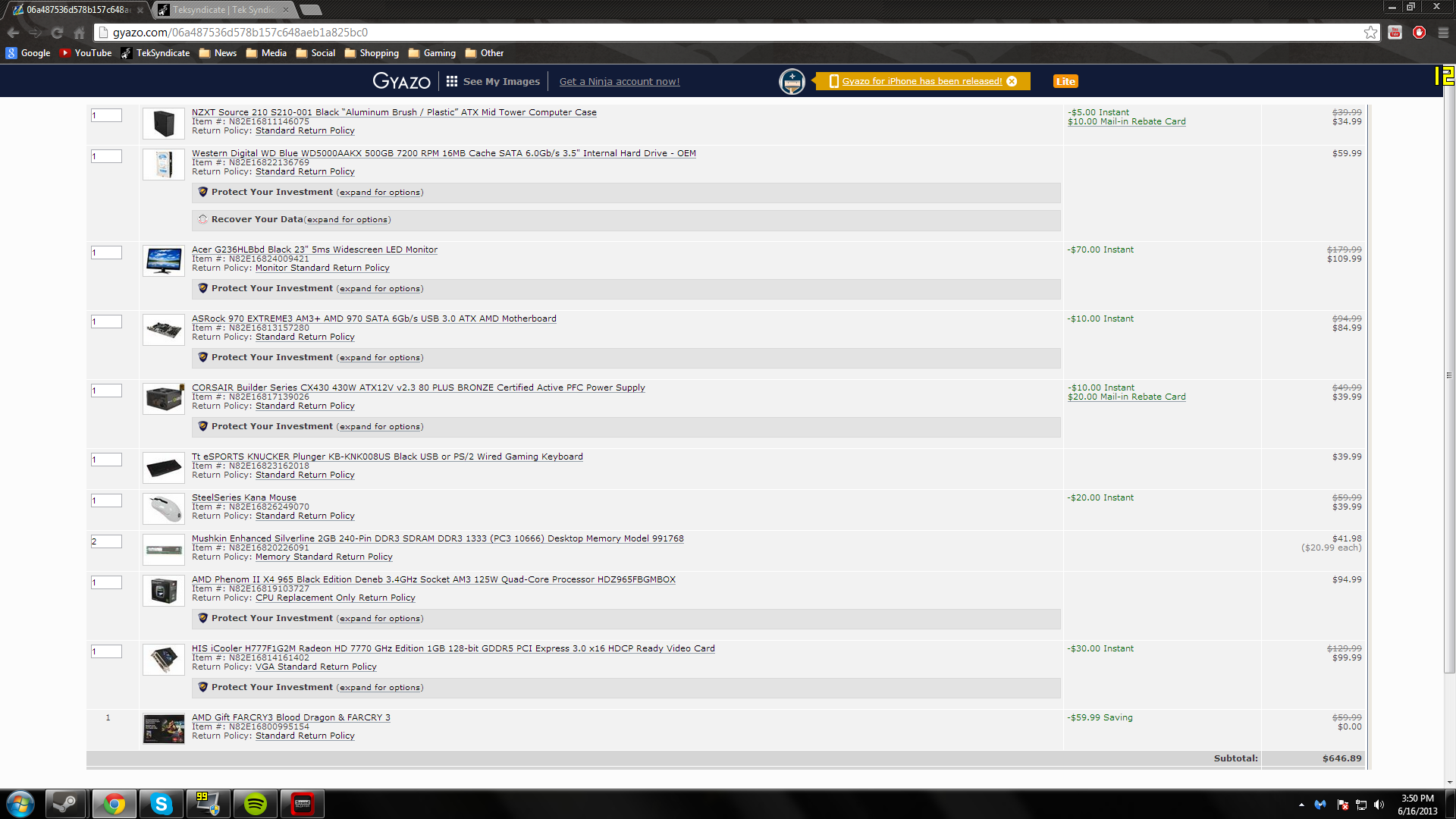