I want to build a tiny little linux computer, where should i start?

I want to start by saying, I've just finished my first build recently so I think I know what I'm doing for the most part, but I'm definitely no genius. I just still want to learn.

But anyway I had alot of fun picking out parts and building my gaming rig. So i'm hooked now and I want to build a little linux machine. And yes i know about Rasberry Pi, but I want to do something different, even if its more expensive.

Anyway, I'm not going to do any gaming on it, pretty much just for playing around with Linux, using it for media on my T.V. and so on. What sort of hardware should i get for this? I wanted to get a micro or mini atx board, maybe an intel i3 or pentium? And I have no clue what to do about a video card. So what sort of hardware would be a good idea? I just don't want overkill or not have enough beef. 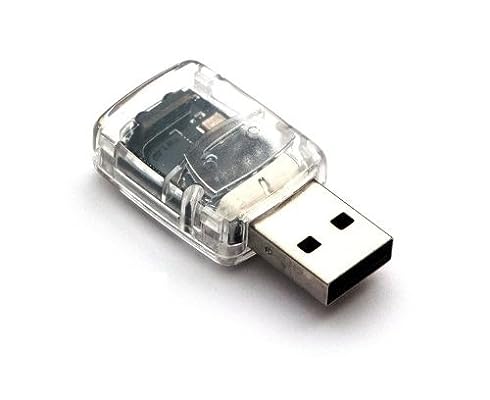 Flirc allows you to use nearly any remote control with any device that has USB including; FireTV, XBOX 360, XBOX One, Playstation 3, Playstation 4, HTPCs, Ouya, Raspberry Pi, and more. Flirc’s user-fr ...

How about a 4 core Kabini, the Sempron 3850? Has a video card integrated, and it should be enough if you want to play with linux or for playing movies. Motherboards for it are dirt cheap, grab a 4GB stick of RAM and you're set.

New stuff the absolute cheapest will do you well. Mint flies on my old x3 with geforce 520. An fx6300 is trhee times faster then mine and cpu/MB combo is like a hundred bucks.
Used stuff you can go ALLOT cheaper
My dau.s emachines EL1300 could barly run Win Vista but flew on Linux LXLE but wouldn't play youtube vids in a browser.
So anything you buy new will work great. If you use nvidia graphics the proprietary driver is allot better.
Phronix is a good place for Linux bencmarks.
For the case this is a perfect time to go absolutely insane. Have Fun:)

I really wouldn't need all that powerful of a cpu then? I thought about going intel because it might not have a fan and amd runs pretty hot right?

Dell Optiplex Tiny' are little Atom boxes with mostly Intel components so they'll run most distros no worries, fanless and all.

They can take 2.5" HDDs and SSDs, really cramp enclosure. I run a Ubuntu Server off similar specs.

But i do have another question for any of you or anyone else who might know, I keep hearing about drivers for linux with Nvidea or amd. Which would be better for linux? I heard that nvidea doesn't support linux all that well but has good drivers?

Nvidia has been getting a lot better on Linux but I'd go AMD.

Since this is a tiny computer and you aren't doing gaming just stick it out with Intel or AMD board, you shouldn't need a graphics card.

Everyone seems to be encouirgaing the same, so I'll go AMD.

Thought about that but didnt include blu ray to keep the cost down, here you go. It's basically a cheap steam box :D
http://pcpartpicker.com/p/cz8sFT

What about the Edison the new video is about.

I considered SSD, what's up with those compatibility notes? Any actual issues?

Adorns your desk without consuming it. Small but fierce, Meerkat is the perfect combination of performance and efficiency. System76 desktop computers are custom-built to run Ubuntu flawlessly.

Whoa that is cool! I've never heard of that!

What distro would any of you recommend? I've used Ubuntu, Mint and Debian before, so I wanna try something different to play around with. I really want to try Elementary OS.

I like Ubuntu MATE but Elementary OS is really sleek.

I love the way it looks. Seems so simple and perfect just for media.