I want everybodys opinion on whats a good gaming mouse

haven't seen mionix mentioned in here.
im kind of sad about it, i love my NAOS.

My suggestion, go to the next big store that offers mice and try them out.

Razer Diamondback (the original). Try to find something similar if you like the grip.

I currently use a Steelseries Kana v2, which feels exactly the same as the Diamondback, but is much lighter. They also have great sensors, try to find something with specs like that. Don't go for hype buzz words like overly high (fake) DPI and 'precision' (added acceleration). I like simple mice with few buttons.

i bought the same for my youger brother ( laser with falme skin).
I was suprised how good it is for 22€.

I use a black Roccat Kone Pure (had a blue one first, big mistake), I realy like the shape and RGB lightng on the logo, BUT after 1 year of usage the rubber coating is full of imperfections and you can clearly see the waer and tear on the contanctpoints with the skin. I would not buy it again...

It's a good mouse, enough buttons if you need them. Smooth surface, ergonomic depending on your gaming position. Nice precision for the price. It would be better without the flame decals, I stumbled on it while looking at a Death Adder I think and took a chance. Sharkoon has a black model now, I would link it, though I saw it on Newegg when posting earlier.

My original Razor Naga is finally dying on me, so I've been looking for something new. Don't really want to go Razer again. I love the feel of the Logitech G502, and the removable weights are nice. I don't know if I can give up my thumb buttons though. I've been looking at the Corsair Scimitar, but no one has it locally so I haven't pulled the trigger yet.

Try to order it from sweden?

I'm a big fan of the Mionix NAOS... really comfy mouse that has all the features you'll need... it's a little on the high side and it's extremely right-handed... guess it depends on your grip, but it's my fav that I've used to date

I have a Roccat Tyon at the moment. Feels great and the buttons are weighty. I got it for the extra top buttons as I can reassign them to what I want. Really good for FPS games as I make these buttons do grenade throws and melee.
I haven't needed to use the paddle switches as yet and I am interested to see how they would go. Software is good, has dpi adjust on the go, RGB lighting and multiple profiles.
I used to have a Gila GX gaming which I bought for the top buttons. Died within 2 years as the switches were crap. The Roccat is far and away a better mouse.

If you're on a budget, the e-3lue mouses are really good. I used one for 2 years straight as a daily driver and it still works to this day. The cheaper EMS109 is not that great, but the step-up EMS151BK is much nicer feeling in the hand.

anyone like the Zowie EC2-A? I just bought one, so I hope it is good. I wanted something really clean, simple, and comfortable.

I quite enjoy the Steelseries Rival, which has served me for around 10 months now. Thumb grip sucks on it though, since it wears off a bit too quickly in my opinion.

Zowie makes good mice and their drivers are plug and play across Operating Systems.

looking at mine, I just realised there's a flat spot from my thumb resting position haha

Yeah tell me about it. 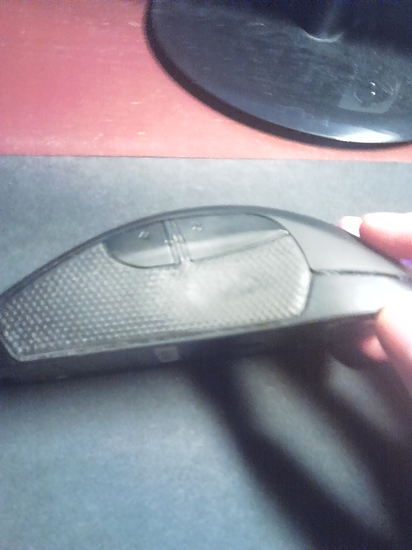 I've had really good experiences with Mionix and the Redragon products on Amazon. Razer is great but overpriced for the quality of their product. It really depends on what you're using the mouse for as well. An FPS gamer wants different things than an ARPG or MOBA gamer does. 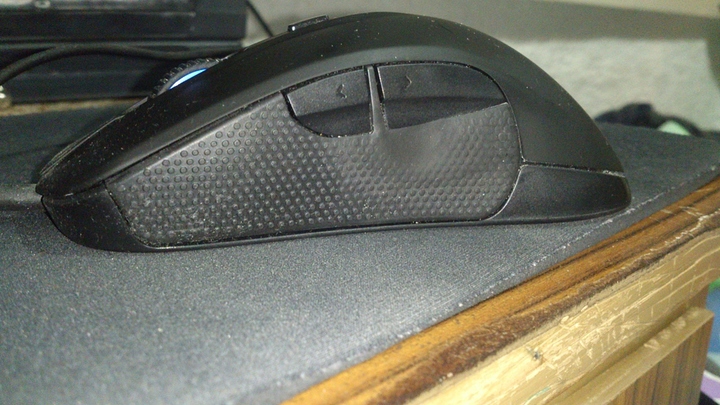 I've been using a Razer Lachesis for the last couple years. All in all it's a great mouse. I use it on a Razer Vespula mousepad.
A few problems I've had with it are:
The sticker on the bottom that sits around the sensor had pushed off and gotten in the way. The first few times I slid it back, then I just tore it off. Now gunk easily gets in the sensor area and I have to clean it regularly.
One of the feet (top right) had slid off while I was cleaning it. I pushed it back and it stayed for the most part, but there's glue residue on the bottom of the mouse now.
The scroll wheel has, as of the last couple months, become full of gunk and requires a heavy force to get it to spin. That problem is escalated due to the smoothness of the wheel.

We celebrated Christmas early today and I got a Corsair M65.
Immediately I can say that the scroll wheel requires more force than I'm used to to click.
It slides remarkably well.
It requires software that you have to download from corsair.com/downloads to change the color scheme/assignments
The forward/backward buttons are higher than I'm used to, replaced by the "Sniper" button. I have no use for this button so I assigned it to CTRL+V.
Matches my keyboard.