I need to clear my hard drive for re use

I know some of you will probably think this is quite a stupid question but I'm building a new computer and I want to re use my WD Green 2TB hard drive, every tutorial I can find is "how to erase your hdd beyond repair" but all i want to do is clear everything off of it, including windows 7 so I can put it in my new computer as if as good as new. Can someone please either lead me to a tutorial on how to do this or help me. Thank you

Assuming that you don't need any data from it you can simply delete any existing partitions and reformat it when installing the OS on the new computer. Both Windows and Linux make this straightforward on install.

If you were selling the drive(or the new PC it is going in) you may wish to do more than just format if you had any sensitive data on there, just to ensure no one can recover anything of importance - but it doesn't sound like you need to do that?

Im using a new Adata 30 GB ssd as a boot drive so no new OS on my HDD, the only thing im keeping is the games i have about 50 GB of games and a spare 64gb flash drive lying around so Im going to put the games on that before i wipe it

Cool, that makes it even easier, you can simply reformat the drive from within windows using the disk management utility. Just make sure you don't boot from it - you may need to set your boot order in the BIOS/UEFI.

@BGL I have about 50Gb of games and I want to move them onto a 64gb USB stick, everytime i try to move it it only transfers the 1kb shortcut for each game. How can i move the full game onto the flash drive?

Just locate the game directories and right-click copy and paste onto the flash drive. 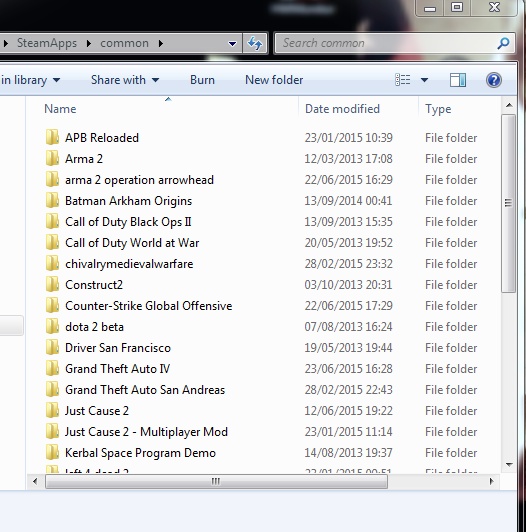 backup the Steamapps\common\ folder with them all in to your USB drive, and then copy that to the new computer when ready. Once done, you can then reinstall steam on the new machine with the games in place.

When copying large folders/files around I prefere to do it from the command line with xcopy rather than drag and drop.

Strictly speaking because you are moving your old hard disk with to the new computer you don't have to format it or move the game files. Practically speaking a fresh format and copying the games back in is a wise move.

2 Likes
I need to transfer games to another PC