I have a SATA Express SSD and I'm [sic] of it

Hi everyone! Love the new Forum <3
So where do I start... Well. A few months ago i bought the Thinkpad T460p. It came equipped with a 2.5" 250GB SATAe SSD from Toshiba (THNSF5256GCJ7). As known, SATAe supports NVMe over 2x PCIe through that. What i didnt knew, that with this drive connected, there are no lanes left for the M.2 connector, which means, I can't connect a 2nd M.2 SSD in this Notebook. Shit.
So i began to do research and inspect the connector and had a 1h call with Toshiba.
I am not able to connect it with my Computer, because it doesnt have SATAe on it and just connecting a sata cable won't physically work and probably even if the pins would connect to one of the sata pins (satae has 2 sata pin rows - the 2nd is between power and sata1 pins which prevents from connecting a sata cable) it would probably not work anyway. Luckily the counterpart (the connector IN the Thinkpad) is downwards-compatible to SATA drives. So what now?
I thought of a PCI Card that gives me SATAe - but that doesnt exist. My last idea before hanging it under my christmas tree is, that MAYBE (because its kinda the same connector as SAS and U.2) there is a way to convert to it from U.2 but now i kind of gave up and just bought a 1TB SATA SSD from my last money. The faster speed of the SATAe SSD is not noticable in real world scenarios anyway.

Thanks for reading! I hope i was able to give you some insights in the already dead "standard" SATAe and if someone wants to know more, feel free to contact me. And if I'm lucky someone of you has more knowledge than me.

I'm trying to understand exactly what your saying but there has to be some kind of problem with the nomenclature your using. You keep calling this ssd, the THNSF5256GCJ7, a "SATAe" drive. Now, I know for a fact, that drive is not Sata based. That drive is NVMe, and has no Sata. This drive also is not 2.5 inch in form factor, its a M.2 drive. So when your talking about lanes and such it gets weird. There are two M.2 connectors on the T460P, one that is dedicated to a wifi card and the other is dedicated to the M.2 ssd you said the laptop came installed with. There is also a 2.5inch drive bay for an 7mm SSD or HDD. That, is SATA 3.0 enabled. There is no PCIE connection there.

The most confusion part is the inclusion of Sata Express in the title. Because, well, you have a NVMe drive, not a Sata Express drive. Sata express drives do not exist. The small e in NVMe does in fact stand for express, but NVMe is 100% separate from Sata.

I am sorry to confuse you, but Sata Express supports NVMe. It IS a 2.5" SATA Express NVMe Drive. If you want, i will open it again and post some photos of it. And as i have the Hardware right here and talked with toshiba, i am pretty sure. There are different versions of the t460p, so not each one of them has this small SATAe connector.
I hope i was able to help you

PLEASE do open it up and show. There are no 2.5 inch Sata Express SSD's you can buy in the consumer space, so this is the first time I've ever heard of anything remotely like this. The only use available for sata express on the consumer level are some sata express to usb gen 2 10gbps connections.

I know. There is not one single drive available to consumers, that's why noone was really able to help me with my problem yet. But that's because SATAe is just stupid in comparison to M.2 or U.2
As it's getting late here in Germany i will make some photos for you tomorrow if that's ok.

It looks like it is NVMe over either a SATA connector or something similar.

You're asking what to do with the drive, correct? Would just selling it be an option? Somebody might be interested in it because it is a bit rare to see an actual SATA Express drive.

yes that's it, except that the benchmarks are kinda strange on this site - thy have pretty low read or write speeds if i interprete it the right way.
I wouldn't have a problem with selling it, but as you see even here, it will be really hard to not be ambiguous and not to confuse people. Maybe I find an interested techie.

Here's a related forum Thread in a german Thinkpad Forum with pictures even of the internal of the SSD. But I'll still make photos tomorrow
*Edit Sry i forgot the link @Zumps


Since you need a login to see the pic there i downloaded it for you. here it is: 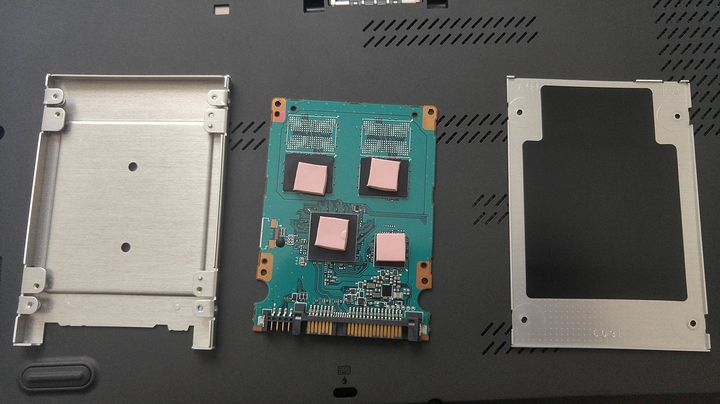 So, here are my photos from said SSD. 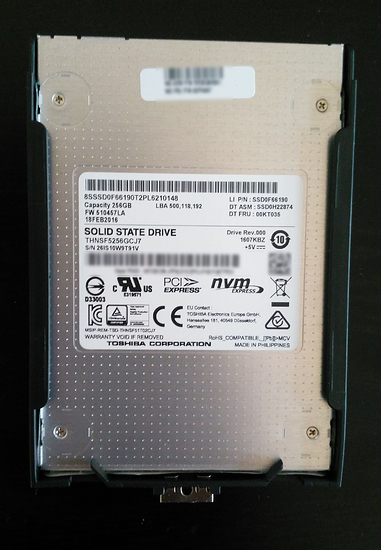 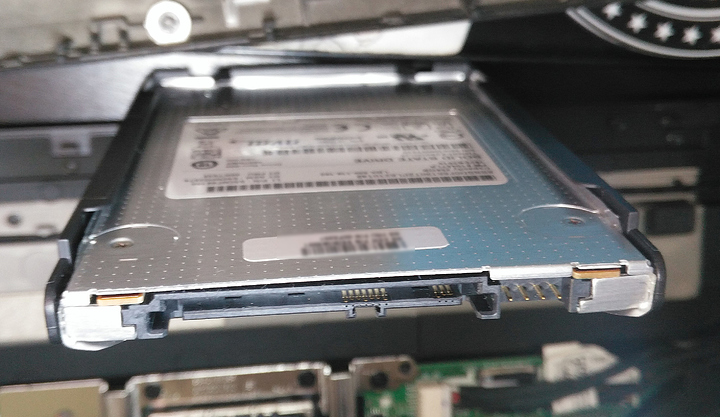 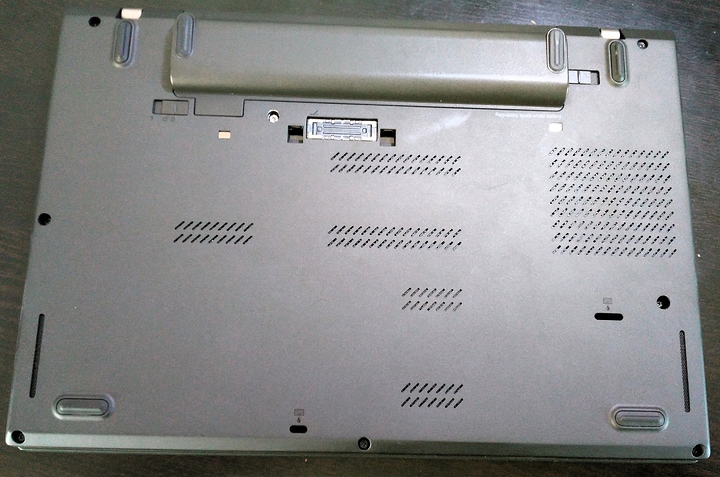 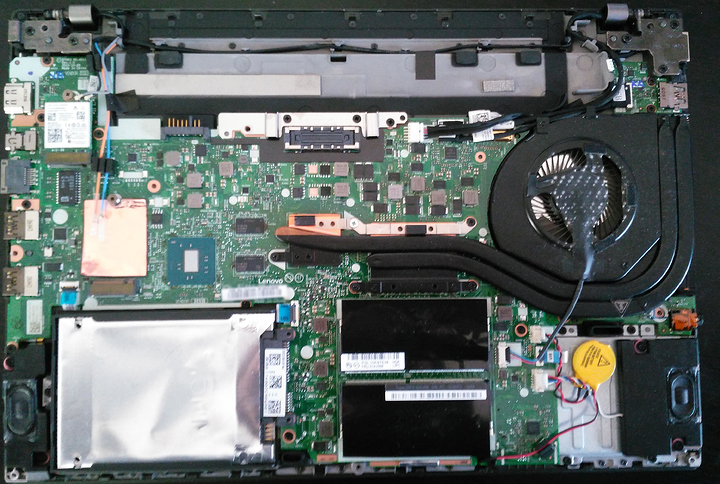 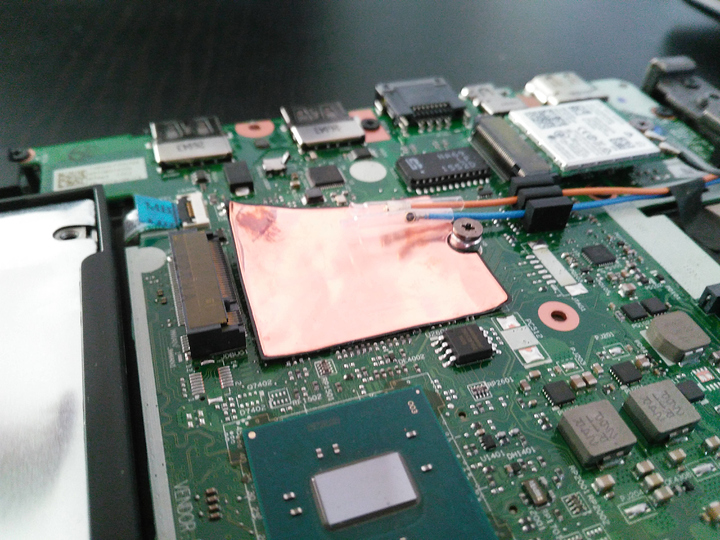 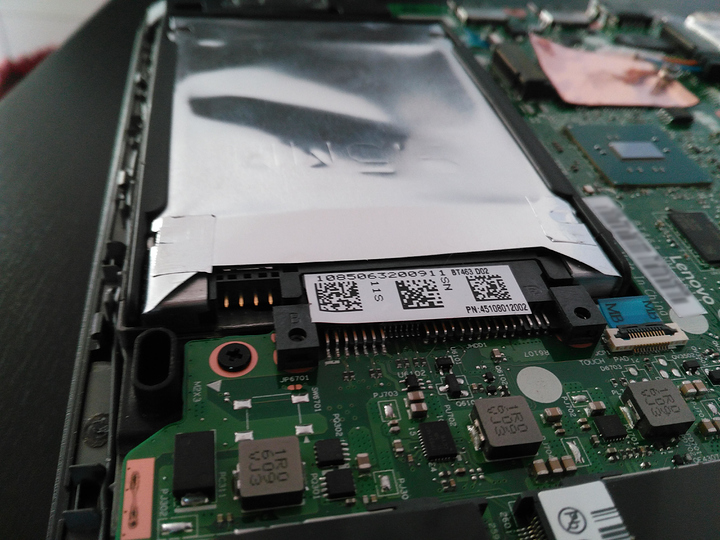 That is not sata express. Just regular sata.

This is a sata express connection.

If you tell me why, ok.
But no it's not just sata, there are multiple sizes of Satae:
http://www.bit-tech.net/hardware/storage/2015/12/01/making-sense-of-next-gen-ssds/2

Well that is news on me. Never seen a connection like that but I do not do anything with laptops, only desktop so I have only ever come across the multi plug type.

A solution would be to get a regular sata ssd without the PCIe pins. Then the slot will only use sata and not the PCIe connection, the m.2 should be okay then. Though not a good solution as you need another drive for it.

Edit: And of course check if that combination if stuff will work before buying anything, the manual should have that info.

Exactly! And that is the same conclusion that i made. My "normal" SSD should come today.
And sure, nobody has a clue because I am feeling like the only fucking person in the world with this SSD :D
I wrote with a guy who did this scenario and it worked (sata ssd + m.2 ssd).

...well it's insane :D
But thank you nevertheless!

Okay cool, should work then. Yeah very strange thing. Cool though I wonder if you can get a caddy for that connection to thunderbolt to use its speed and have an external drive, just too use the other drive for something.

There are two device connectors for SATAe, according to this http://www.legitreviews.com/what-is-sata-express-and-why-it-matters_140093

Hi bro, thank you for this post! For people who don't know, SATAe PCIe NVMe (yes, putting these three phrases together is really weird) SSDs do exist, as the author said, but are only available through Lenovo's OEM with Toshiba, not found on the consumer market. I have a Thinkpad X260 and I know, no questions about what FabFabul0us said about this drive.

May I ask if you're interested in selling this SATAe drive? I found this post and thought if you didn't need the drive maybe I could get that as a small upgrade for my SATA3 SSD. Also if it is not too much trouble, could you please post a picture of the SATAe cable and the slot on the motherboard so that I can see whether I can connect your drive through the cable to my X260 motherboard? Thanks!!!

Edit: from your photos it seems that the SATAe socket is soldered onto the board? That's different from X260 where there is only one socket, but two different cables. One cable connects the socket to SATA3, one to SATAe. So if I have the SATAe drive I might also need to get the SATAe cable somewhere (probably also OEM).

[Edit- I was wrong, and failed to research...]
[It seems the official sata guidelines do have a funny cable with 2 sata connectors, but the one in the OP's laptop is also a standard connector, designed for backplane and SAS type compatibility.]
Personal opinion still may be relevant to discussion?
It's a shame, as the idea of SATAe was really intriguing before M.2 took off, but looks like it'll be skipped, in favour of small M.2 or U.2...
Looking further, it seems that instead of continuing with pictured connector, Toshibas' following drives in the series (and RD400 OCZ drives derived from them) will switch to the standardised M.2 form factor.

Hey hey ;)
I wouldn't basically mind to sell this drive since i cannot make use of it and when the time comes, that i upgrade my mainboard, i expect Satae not being a thing anymore.
I am not quite sure what you mean by 2 cables. You need this connector (the 2x3 on the left side which is darker than those 4 sata ports) on your motherboard otherwise you won't have a chance (like me):

This connector has 2x SATA 3 ports and the one on the left is the PCIe passthrough or whatever it is called. Do you have this on your motherboard? If you want you can tell me which motherboard you got?
Greetings, Fabi ;)

Are you still interested in buying the drive? Otherwise I might start a new thread for that.