First I had a Silverstone sst-st60f-pb ran for a few months before a wonderful burning smell filled up the room after playing a game for a couple of hours (Borderlands 2). Returned it and got a be quiet! Straight Power 10 just less than a month due to the cautious nature of my previous power supply I went and checked up on it and it has a burning smell and you can feel the warmth of the power supply after I played only a short session of CSGO for roughly 30-40 mins when i went also causing chrome tabs to not load properly causing the 'Its dead Jim' thingy. Right I'm going back to Corsair this time and sticking with Corsair(Hopefully) after when I returned my be quiet! and shop somewhere else.

Anyone know why is this happening to me?

edit* Going to chuck in my CX500 for the time being lets hope it doesn't cause too much problems. 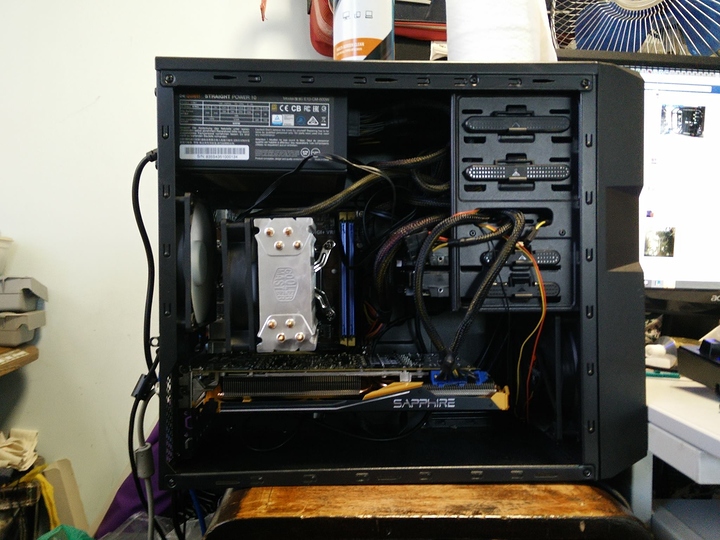 You might have just been unlucky with the sst-st60f-pb . I think the Straight Power 10 has 4 12v rails with 2 of them rated for 20 amps and the other 2 for 18 amps so it might have died depending on how you loaded the 12v rails.

For the next psu i would probably say go with a good quality single rail design from seasonic or Corsair. Also maybe go up to 700-750 watt to reduce load on the psu and it might last longer but that should not really be necessary.

Yes they are good as well especially for that price point. Hell they are as good as or better than a lot of psu's that cost a lot more.

I have a HX750 and its been with me through two systems now. I think I'm a year away from the warranty running out. I like Corsair.

Agreed EVGA makes one of the best, if not the best PSU's around. As long as you pick up an EVGA G2, GS, P2, or T2 series PSU as they are tier one.

What wattage PSU are you running?

Seeing as you have now had two power supplies go south, have you considered it maybe your power going in?

Death to a PSU could be caused by surge's or over voltage.

I think I found out the reason why that my be quiet psu is burning. bad surge protector. i changed it out a few weeks ago and i think that may hav been the problem/

Woops thought i changed it out for a ups.

600w I thought it would be plenty for my build.

Seasonic.. or a high end EVGA you'll never have this issue again.

right im heading this Saturday to return it and grab a EVGA 750W G2 for $10 bucks (I get a refund and use the store credit that I recieve from the be quiet to use it to something else) which is currently way more for what I needed. but when running league of legends on my system with the CX500 i notice a hitch or 2 and the fps wasn't that good. I checked my fps and it dipped to 90 fps which is weird since if i had the be quiet! i would be sticking around 180+fps yeap returning it. CX500 serial stickers is gone and only using that one as a backup.

ended up getting the psu anyways at full price ($159 I'm Australian) but dam the psu sleeving is extremely solid. 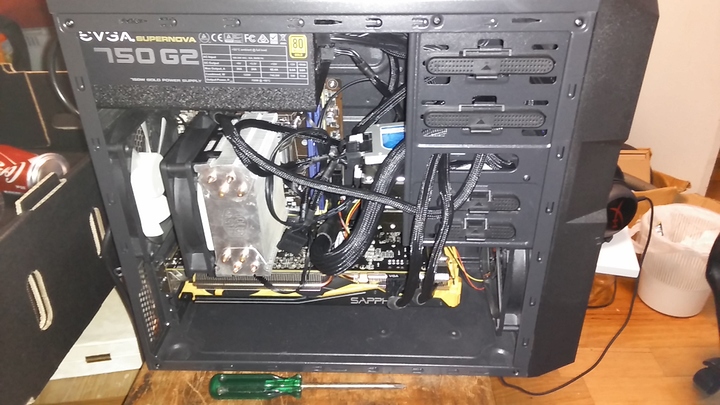 Completely overkill, but it should last you for quite awhile!

Much cable manage, so wow.

Make shure the psu fan is on the down side that looks incorrectly mounted for a top mounting slot.

@Some_Tech_Noob Yes I knew that its completely overkill since my rig only draws up to 450 watts at most.

@cooperman I know my stuff 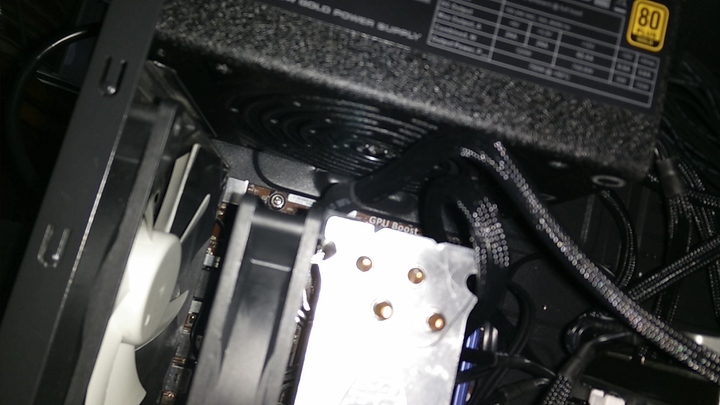 oh by the way the case fans are getting whiny need to get some new ones some time soon i kinda like leaving my messy rig exposed cause of lower temps.