Hello, my nick name is luke. I have recently bought and built my Computer! The only problem for me (even though it can be serious) is how hot my gpu temperature! So on this thread I wish to be taught how to safely change my GPU fan speed. Here is some information for you guys,

- I do NOT know what fan speed is good to use

- On Furmark, I get a temperature of 54 degrees

- Is there a program to check/see temperature In-Game?

I know its not much information but i thought this might be enough to tell me how to change my Fan Speed. If you guys can tell me a program and how to change the fan speed inside it it would help alot.

P.S- I used a old program where it never seemed to keep what fan speed I put it too, so if you can tell me how to keep the fan speed as i selected then that too would help.

Msi afterburner, Google it there are a ton!

54c!? You don't need to lower temperatures, you need to RAISE them! Overclock the snot out of it!

There is a way to check temps in game with RivaTuner. Many OC utilities are built on RivaTuner, including EVGA Precision X (which I'm personally using), and MSI Afterburner (most popular, and I used with my PNY GTX 650). The option is called OSD (On-Screen Display). I currently have my OSD to monitor GPU usage, temps, and clocks. Also tells me the time. :D 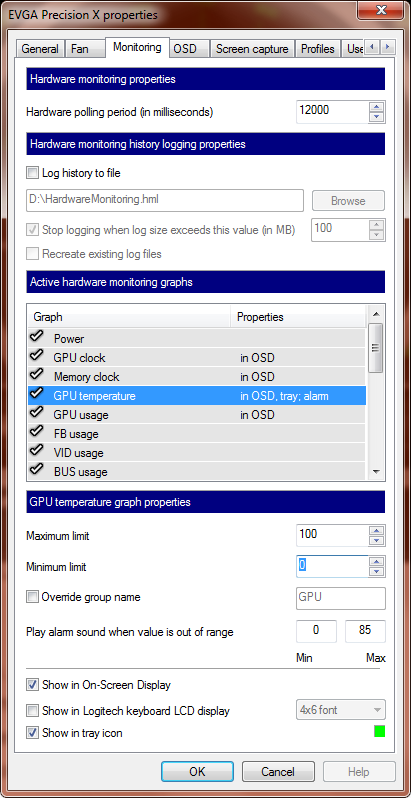 Also, with Afterburner, or whatever utility you use, you can set custom fan profiles. I have mine to kick up to 60% around 75c (my target temp) on my 760. My GPU rarely exceeds 75, and is a constant boost of 1202MHz in games, despite it being set at 1137MHz. All I did was move power slider up and set temperature as priority, without touching offsets.