How To Remove Tracking In Windows 10

Hello! This is my first post in the forums as I mainly stick to Tek Syndicate on YouTube. Recently I found this video showing how to stop Windows 10 tracking and the program in use works so far for me so I thought I'd share it! Enjoy and let me know if it works out for you! Finally if I posted this in the wrong section please let me know as this is my first post, thanks!

Link for the lazy 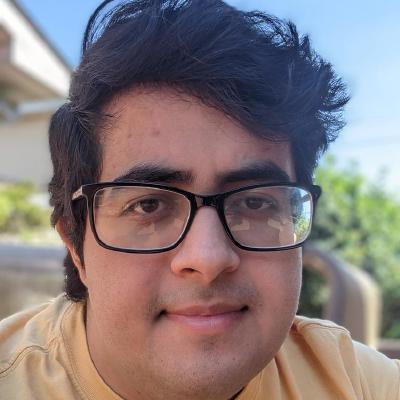 Looks like it hits a fiarly extensive set of 'features' Microsoft implemented. options for removing bloat apps, blocking tracking domains, etc. Thinking about it this would have been a good little project to make myself, although it does give me another idea.

My bad @Eden , I should have included links.

The only way to really remove all of this stuff is to remove windows as a whole.

there's also this video that was done months ago..

@Aremis When you don't know a thing about linux and your stubborn like me, windows is your best friend.

@Kat Oh I didn't know this existed! Thanks for sharing it.

You might want to look at this post by @Kat from last week ......the first topic might be of interest, it would seem no matter what measures you take short of unplugging from the net MS and Win X are going to spy on you.

@blanger Thanks for the warm welcome! After reading this I must say wow. Personally, I would have rather have paid the $120 for a regular edition so I wouldn't be paying for this "free" upgrade in terms of my data being shared. Sigh, I was fooled into upgrading and all is lost and I must live with it. Then on the other hand I have nothing to hide so while this does annoy me its not life threatening so I must just deal with it.

I think you better watch your firewall or get a real firewall. Some of this stuff does helps but....

Does anyone have a list of what information is actually shared?

e.g. rather than "spying!" actually something like "Microsoft received the names of all documents" or "Microsoft scanned my documents for keywords then uploaded it" etc?

I understand the nothing to hide, really none of us have anything to hide, but the point is that MS is making it mandatory, we have no choice if we want to use Win X, you will find many here on the forum including myself who have gone to great lengths and spent real money to take Win X out of the equation as our preferred daily driver OS, most of us have switched to Linux but others have moved back to a virgin install of Win 7 with no updates turned on ever.

I guess the point I'm making is that at every turn your personal data and habits are being hoovered up by companies, compiled, and sold, all without your permission or consent, at some point we all have to just say NO, enough is enough, and stop participating in the collection, if we don't we can expect to loose all hope of any type of on-line privacy.

there is always something to hide Mr Blanger...
the pr0n stash.

sure! Keep waiting MS will deliver it someday... like that unlimited space stuff in One Drive. Oh, wait they left that idea...

@blanger Ah I see, thanks for the clarification. Well I see you have a major point and it is something we should be concerned about but the battle has just begun!

I'd like them to as well, and to make sure that we have an option to disable anything we're not comfortable with.

But there is the possibility that second option is already there, but we wouldn't know unless people have actually looked at what's coming out (which I respect may be difficult). It's also possible that the network connections are doing very boring things - like getting weather updates.

Mm dunno... but data collecting to sell it out is quite possible..
They are lagging my gigabit network man.. :P

My concerns goes beyond the spy/data collection stuff I mean if my WinX is everytime listening to a MS server using a random port. just open and listening and sending stuff I mean.. someone could intercept that connection using a exploit and that mean is a security breach... In the first place we could prevent that if the turn off stuff just work.. (right now.. is not possible in the OS, just filtering that in a firewall)
I mean for end user is kinda not a big deal (format and yolo) but.. for a corporation.. that is another story. Maybe they will allow Windows server to shut down completely this stuff but dunno..

I know the case is quite extreme.. but soon or later is going to happen.

Windows is no one's friend. Windows is the kid in class who shat himself last tuesday while he read your book and you're not sure if he is a certain way mentally or if it were an accident.

Data collecting can´t be stopped indeed.
I have readed an article that in the Enterprise version it might be possible to disable.
But i still think that some data will still be collected, and thats a bad thing.
especialy for an Enterprise version of the OS.

I personaly dont have any problem, that MS collects all the data from users who have upgraded for free.
But if you buy Windows 10 pro or Enterprise, you should have the right to simply disable it, and share nothing with them.
Simply because you have paid for the license.

I haven't run a packet sniffer but enterprise versions do allow the re-direction of the telemetry data and the check for OS updates to an intranet server (like http://127.0.0.1) as well as "fully" disabling them altogether via GPOs.

The LTSB brach also comes without all the windows store junk/cortana by default so none of those apps phone home since they aren't installed. But again, I haven't run a packet sniffer.