So... I have an EVGA reference 980ti ACX 2.0. I recently bought an EK full cover water block to do a custom cooling setup.

Well, there's now a monkey wrench in my plan... This reference 980ti has the same size chokes as the classified 980ti. And because of that, the block doesn't fit.

I'm thinking about buying some 6mm copper shims, cutting it up, and using it to make contact with my GPU die, memory modules and VRMs. What do you guys think about this idea?

Also thinking about finding a way to solder the shims to the copper block... Or should i just use TIM on the shims? If I should solder them, what kind of solder should I use? I'll probably use a blow torch to solder it.

Thanks guys. I hate having to ghetto rig stuff... Wait a minute. I mean I LOVE IT. lol

Probably going to do this unless anyone else has ideas. 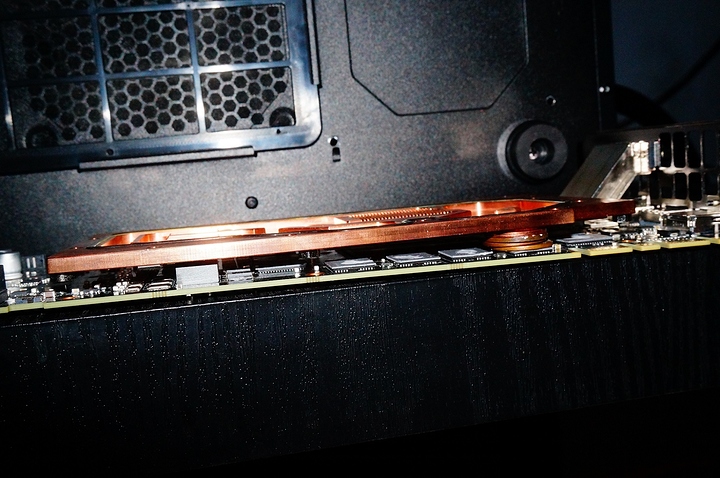 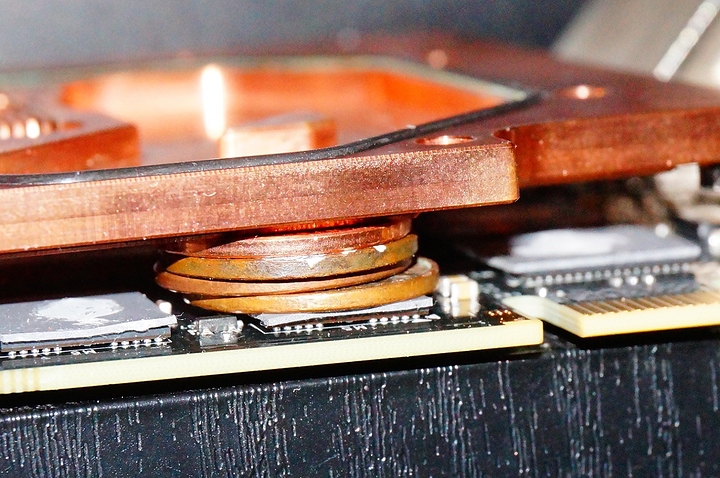 Another option for me would be to find someone that's willing to trade their reference 980ti for mine.

Another question. Will 6mm thick shims impact cooling performance in a negative way?

the more layers of copper/thermal pads, the more of a negative impact it will eventually have. but the idea you are presenting has a possibility of working tho I could not say how well.

Found out why my 980ti reference card is so different VRM wise.

Newegg updated the listing after I bought it a while ago. It's an EVGA 980ti reference ACX 2.0 FTW.

That explains why the VRMs are beefier. 8+2 phase VRMs and 8+8 pin PCI-E connectors and dual bios switch.

If you do plan on using the card/block with shims, make sure not to solder on the shims as this can warp the block.

Just as an info dump; silver solder would be the best way to attach the shims but it is a bad idea because that would require a torch and heating the copper to almost melting point.

Do you know if shims that ate 6mm thick will cause cooling issues? 6mm is aweful big for shims.

now you know its a different card would it not just be worth trying to return the block and get the correct one rather than wedging bits of copper beneath it?

just buy a new block, RMA or trade or save up a new one. It's just too dangerous soldering. Heck it's probably better to just put back the stock fan/heasink back on.

Would be horrible to add material to the block, just buy the proper block for that card

According to EK's cooling configurator the 980 ti FTW does not have a compatible waterblock. FTW edition card are non reference. Your best bet for water cooling would be to return the EK block and get a EK thermosphere universal or an Alphacool universal hybrid block

If you really want to go the safe way about it and not use shims, XSPC claims the gpu water block they have fits??

The shims could work due to the heat transfer of copper, but it would take a lot of work to get everything to sit correctly and not over/under tighten anything

Gonna sell my 980ti. Strange thing is, it says REF on the box, but it's definitely a FTW card, for reasons I mentioned above. It says nothing about it being FTW anywhere on the box or card. The only way I found out is the VRM design matching the 8+2 on the FTW card, and the 8+8 pin is a sign, as well. Perhaps EVGA screwed up and boxed the wrong card in a REF box? lol... But the serial number on both the card and box match.

But it is stock clocked like a ref card, but it overclocks really well. ASIC of 76.something. 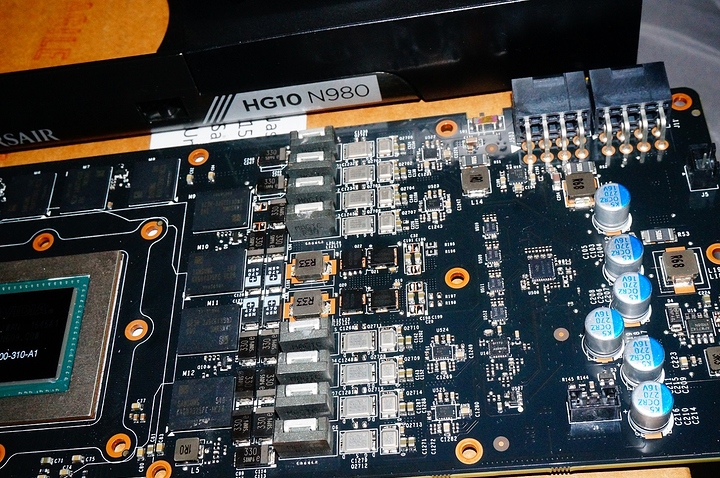 I just looked at the XSPC block. It wont fit. The area for the chokes is just as shallow as my EK block, so yeah... That's also a no-go.

Really, I just need to sell it for enough to buy a different reference 980ti, but a little extra cash won't hurt either.

Selling it because I can't find anyone willing to trade theirs for mine. Even after i offered this entire bundle for just their card... 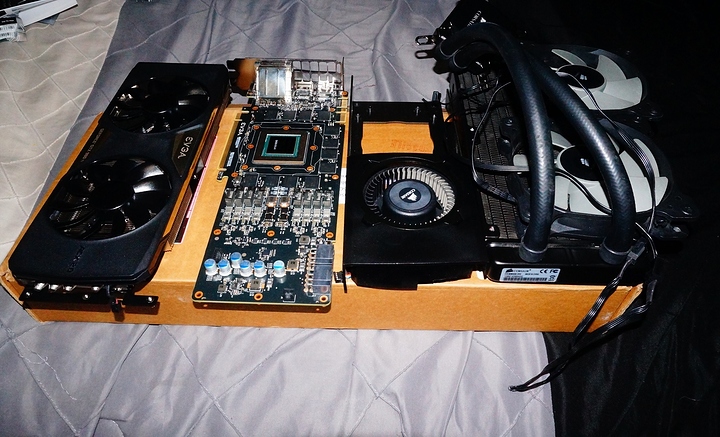