Greetings. My sister needs a new computer for her future in design and editing. She has a budget of ~$1100USD ($1600AUD, we're in Australia, sadly) for the computer itself. I can do the specific shopping for my own region but I'm just in need of a parts list to use as a reference.
She tells me she's going to be using all of the Adobe programs (mostly digital art/photo editing and some video editing), some media watching and heavy browsing- no gaming. As for monitors I'm thinking its best to start her off with two 1080p IPS screens.
I'm wondering what tier of GPU and CPU she'll need for a professional workload.
I'm thinking I might get her 2 small SSDs in Raid 0 with a HDD or two* as backup (*in raid 1).
Needs a new case- her's is grey on the inside for one thing, only has one drive mount and barely any cooling capability.

TL;DR Basically just need to know what range of CPU+GPU+RAM+MOBO+PSU (I can figure out storage) to start at within a $1100USD (not including peripherals/monitors) workstation build that is most likely going to be overclocked and running two 1080p IPS screens.
Part list I've come up with so far http://au.pcpartpicker.com/p/htwVMp

That looks fine, except for the RAM. 1333 is not fast enough. AMD works better with the fastest memory you can find. With Intel, as long as you have 1600 or better you are OK.
The other thing with Adobe is to make sure you set up the scratch disk to be different (D:/) than the Windows scratch disk (C:/)

Those SSDs are the bait and switch SSDs where Kingston switched out the original parts for ones of far less quality and speed without changing the model number. They've supposedly "fixed" the issue, but who knows what they really means if they're the type to drastically cut performance without the consumers knowing. The only time I would ever use those SSDs are if somebody paid me, and even then I'm not sure I would.

If you could swing the extra money for something like a Xeon 1231V3 with applicable motherboard your sister would be in a much better spot. I realize it's more expensive, but the FX8350 is now a bit long in the tooth. Something like http://au.pcpartpicker.com/p/DQcYMp may be a decent starting point for a 1231V3. Adobe isn't necessarily the greatest when it comes to multi-thread support, but will take a higher per-core performance much better.

I stand corrected. Thank You! But 1333 RAM is not fast enough. Good tip about those SSD's. I'm using Samsung 850 and Crucial MX100. I think your Xeon build is the better choice in the long run if he can afford it.

How much video editing is she actually doing?

For programs like CS6 and adobe illustrator, a simple i5 would work wonders.

Oh wow that's hilarious. That's the exact CPU I got for my first build (which was also guided on this forum lol). Thanks for the tip about the SSDs and the ram. I'll adjust accordingly.

She's not incredibly tech savvy so I think we'd both prefer it if her build was "future proofed" a fair bit. I doubt she'll be a youtuber pumping out multiple vids every week but her build should be capable of the career she has ahead- something able to fluidly handle multiple files and keep the render times down so she can slide into video editing whenever she needs to.

What version of Adobe's software is she using? Because CS6 mostly only support CUDA acceleration.

I'm assuming with how Adobe's only releasing their products as rentals these days that she'll be using the latest version of everything. How exactly does Cuda acceleration affect things?

If she does not game, she does not need a R9 280X - you're basically wasting money there. I recommend the 1231V3 Xeon (with a H97 chipset motherboard for out of the box compability), but since it does not have integrated graphics you need something. Any cheap used 20$ GPU will do, after all you'll only be using it basically to plug the 2 screens to the PC.

As the Xeon is a Xeon, you won't need to spend 85$ on cooling either. A Hyper 212 EVO will do better than fine and it will probably be significantly quiter than that AIO watercooler at a lower price point.

RAM speed only matters if you are using an AMD APU. With the FX its the same as with everything else, it does not matter at all.

AFAIK the Kingston V300s are shite and not even worth looking at. I'd choose a Sandisk Ultra II, a Samsung 8**50** EVO or a Crucial MX100 if you can find them.

In CC, Nvidia and AMD cards can both accelerate a few things, because it supports CUDA, OpenCL, and OpenGL. More in Photoshop, Premier Pro, and After Effects than other programs.

Yeahhhh I get that.

The bottom line is your budget is not all that friendly.

The AMD parts will not help you at all. Unfortunately adobe still favors an intel/nvidia build. They are getting better, but not by much.

A good intel/nvidia build breaks your budget.......easily. So corners have to be cut.

I would rather not cut corners on the mobo, ram, reliable storage, or PSU.

The CPU can easily be cut back to a solid i5 that will work perfectly well for photos, and will do fairly well in video editing.

Later on down the road if she gets more into video editing she can just pop in a better cpu.

Ultimately since most of the processing will be done by the gpu, the cpu does not matter as much.

Oh good, means I can just get an old GPU that's capable of running all the pixels she'll be running.
And yeah the chunky aircooler I have for my Xeon is doing just fine.

@Zavar So how does that affect my part choice exactly? Sorry I'm not all that familiar with APIs and such.

@Tjj226_Angel The budget is fairly flexible, more of a guideline. What you just said goes against what everyone else is saying about the gpu being mostly unused in photo/video editing.

You can pick between both AMD and Nvidia cards. Doesn't really matter.

Well I can tell you that @windhero is just plain wrong.

@Zavar is pretty much saying what I am saying except. The issue I have is that openCL support through Adobe is not the absolute best. Of course that will HOPEFULLY change by the time adobe makes a new release.

I think I read something about inferior reliability in Seagate HDDs below 4TB or something like that. I also think they might have mentioned it on The Tek at some point. I can't find anything on the 2TB ones, but here is an article from Ars Technica about it.

Even old HGST disks stand up well under punishing conditions.

I've seen that before aha. That's only applicable if she were using it 24/7 in a server rack. Which she wont. Besides the SSDs will be doing all the legwork while the HDDs only spin up when they're needed for backup or for moving projects on and off the SSDs.

On what part? With evidence, please?

I'd like to remind you that we've been informed that the sister will be using Adobe products for image editing and some video editing. With some products it helps, with some it doesn't.Atleast not enough to justify spending a fifth of the budget on a GPU instead of a 20th, especially since the improvement GPU acceleration gives is also dependent on every other component in your system. GPU is a lot easier to upgrade later, as it does not require updating the whole platform as often happens when you update a CPU. A Xeon 1231v3 also counts as future proof for said uses.

And what comes to RAM speeds paired with a regular CPU, Xeon cooling and V300s being shite, I am right. If you want links, I'll provide them, but I'd rather you look it up yourself and maybe learn something. 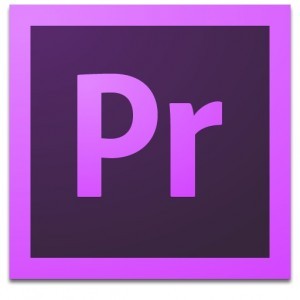 Premiere CS6 utilizes the Mercury Playback Engine to take advantage of the video card to vastly improve both the performance and quality of certain features, but there is currently very little information available regarding the performance of differe...

This is obviously an old article, and gpu acceleration support has gotten a lot better. A lot of people do not think about it because a lot of the adobe features do not use the GPU out of the box. You have to manually enable a lot of the features.

And I am not saying that the OP needs a titan or something crazy. But a GTX 960 or even a used gtx 760 is a strong choice.

Where I felt like you were just totally wrong was when you said he/she only needed a 20 dollar gpu.

If she were JUST photo editing, then yeah maybe I would agree with you a little bit more. If she is doing graphic design and video editing, then she better have a decent gpu.

As for the 1231 cpu......meh. I really do not have any complaints. I think a i5 6500 would be better though considering you can now overclock those things to the freaking moon.

Actually I have had a few segates and they are not doing so well.

A lot of people have had issues with them. If data integrity is important, I would spend the extra money on western digital blue drives.