Hi, I've recently been trying to decide upon a streaming/recorder program to use and I've been trying Open Broadcaster. The problem I'm having though is that it doesn't record my whole screen, it cuts off a large chunk of the right side of the screen as well as the lower part. I did a bit of googling but all I saw were people having trouble with full screen recording. I'm sure its just going to be some setting that I've got wrong but I'll be buggered if I can find it. I don't know if it makes a difference but I'm using a 1440p monitor, although I have set it to 1440p in the settings - I tried downsizing to 1080p but the results were the same. I also can't seem to get it to record my voice from my mic but thats a different issue. 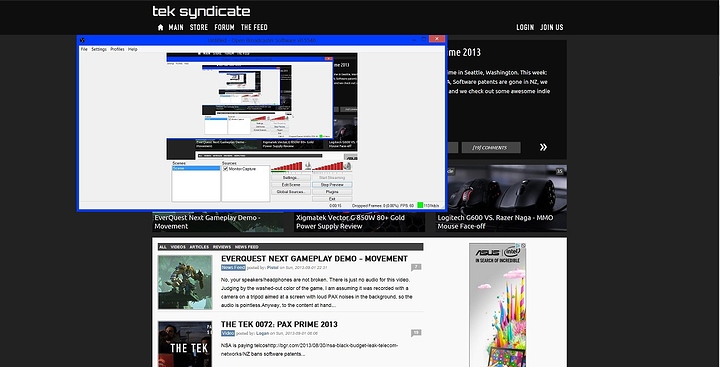 Thanks for your help.