HDR LED vs OLED for Gaming

Makes me wonder why milky grey is the thing. I heard I think it was Alienware to come out with a 15" laptop oled… Oled’s look so much better… Makes me wonder bc I don’t have some expensive gaming monitor… I actually game on an LG IPS 42" HDTV and the input lag sucks… but I play Wildlands on it just fine. How much better would an Oled look? A lot better. just got me thinking that’s all.

If they go with similar panel tech to the 13 R3, which they probably will, you’re pretty much getting HDR, anyway - Just without the certification.

The real advantage of OLED is the reduced response time. Just over half that of good IPS panels.

The kicker is that OLED displays are the most expensive AND the pixels have a finite lifetime. You’d hope something that pricey would last a long time, or maybe I’m way behind on how oled tech has progressed, as of late.

That said, if you buy a new display every few years, it won’t matter.

I still use CRTs and will until I can get a 10bit 4K 480hz microLED display with a variable refresh rate.

lol I was playing on a crt when Oblivion came out. Funny thing is was playing at higher res and higher refresh.

Oled will always look amazing. I just wish someone would make an affordable monitor already.

But if you’re curious and want a sample of OLED gaming, stream a game onto your phone. (If your phone has an OLED display.)

Have fun with that oLED burn-in.

Have fun with that oLED burn-in.

I have heard this a few times and still have never actually seen it. I had an OLED screen in my last phone and it was stunning. nothing even comes close to what it offered in todays panels, but I never once had burn in and have no idea how such a thing would happen. With other panels you need to change the state of the LCD to make the colours and they can get stuck or take a long time to return to base state leading to dead, stuck pixels and burn in and same with permanently excited phosphors in CRTs of old. But OLEDs are individual coloured LEDs that turn on or off to make the image, which is what gives the deep perfect blacks as they simply turn off, so how does burn in happen with those?

Because each pixel has a limited lifespan, and they dim the more they are used. Something like that.

So a title bar or task bar that is brightly colored will die quicker than the rest of the screen, resulting in burn-in.

Well it must not be that big of an issue then. my phone was going for near 5 years and never had any issues with it. I used it a lot, some permanent elements on screen all the time, in white, and I liked the vibrant colours so had it reasonably bright a lot of the time.

I do realize this… I get away with playing on an LG IPS 4k tv right now. It works fine… The only reason I say it’s hard to choose only one is because if you have other people that want to watch movies the OLED is a better choice. Not to mention scree real estate.

Well it must not be that big of an issue then

It really isn’t. Older OLEDs had that issue but it’s pretty much solved by now. The lifespan is longer than how long the device will last for all practical purposes

3 of my phones have OLED. Looks great and never a problem with burn in or fade.

I have an OLED TV. No issues and it looks fantastic.

It plagued a lot of older smartphones when OLED was starting to be used. My old Galaxy Nexus had this issue and it was pretty bad. When you watch a youtube video or look at an image fullscreen, you’ll see exactly where the notification bar and nav bar was. Although this issue isn’t really present anymore, I have noticed some burn in with my Nexus 6P but it was only noticeable at peek brightness and looking at a certain shades of blue.

tell that to my mother in laws s7 edge. Just because they’re new-ish devices doesn’t mean the screen technology is up to snuff. 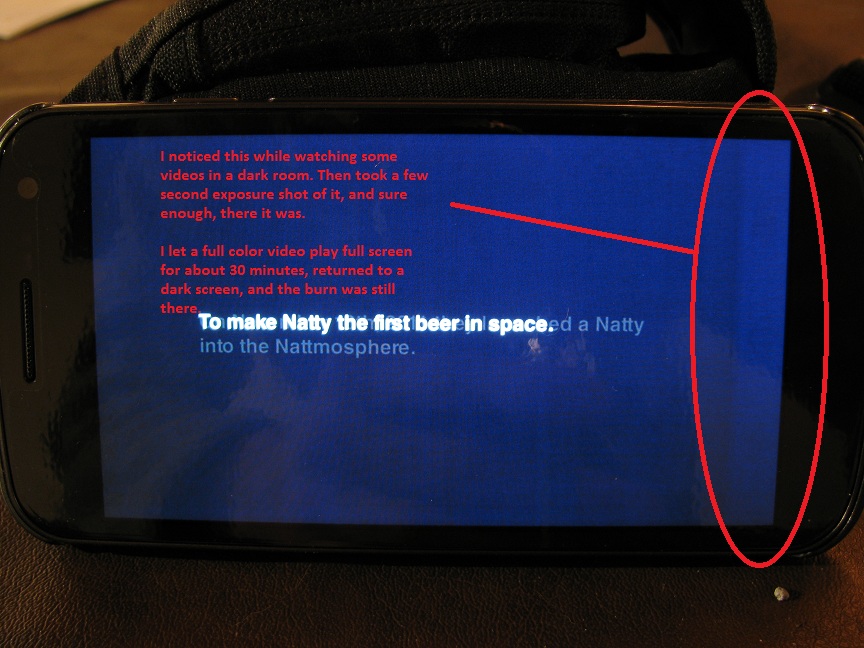 (Photos are not of my Mother in laws phone, but since she frequents facebook, the facebook nav bar is visable on every screen she views.)