I now get dead gpu mbo beeps and no boot unless the gpu is removed.

Its a 1050 ti… so its not as expensive as it could have been but i still have no money to replace it for now.

I was wondering if there was anything worth trying to repair it?

out of desperation I tried a few permutations.

I found that I could make the onboard graphics the primary gpu in the bios and the machine boots and works fine, the GPU even appears in the OS. however, plugging in a monitor does nothing do far

You may try to use DXGI, I think Win10 supports since like year or two?. If 1050ti is rendering you may be able to output its framebuffer to IGP. 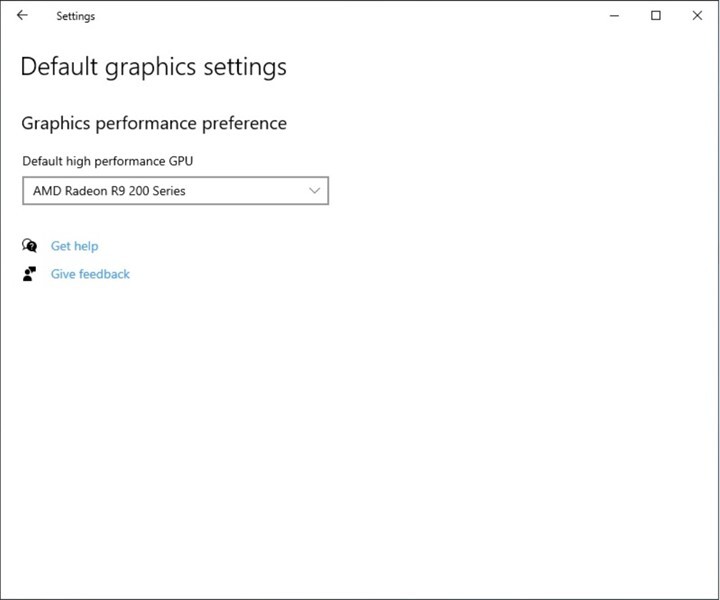 Microsoft's future update to Windows 10 will add a GPU-aware selector that allows both the OS and the user to adaptively select the best GPU for each usage scenario. The preview release of Windows 10 build 20190 features this in two ways. First is an...

Also there are some videos where people are trying to use headless 1060 for this. (its called p106 afair, so search for “p106 dxgi”)

Edit: Oh, and unless damage is something simple like blown resistor, or maybe hdmi chip, then I doubt it will be worth to repair.

Is there only one output? No Display Port or DVi?

Right, good point.
I assumed there’s no other output, because too obvious

Both should be able to be converted to HDMI with a cable, or there may even be a second HDMI port.

The OS i currently have installed is Ubuntu, I am only a shade off linux noob though

(i ran xrandr --auto to try to make sure that connected monitors would be detected, but didnt google too hard)

I had previously tried passing the GPU through to a windows VM to use Fusion 360 and some other applications. i had failed at that and just been dual booting.

It seems like @misiektw 's suggestion would mean i still have the most important things i was using my GPU for, assuming i can get windows to use it for Fusion etc. and maybe if i did figure out GPU pass-through i may be able to make use of it in a VM too.

Oh, I see that I also assumed incorrectly that you are using Win 10. My very bad

If you’re using Linux already, then definitely don’t go back to Windows

And yes, using iGPU as host display and 1050 as VM passtrough with Looking Glass would be best choice imo.

But you need CPU and motherboard to support VT-d for that. Did you already checked that by a chance?

I checked just now, and ARC says my CPU (i5-3470) supports VT-d and my motherboard has it has an option.

I enabled it in the bios but I am not sure I have done it correctly as lscpu says Virtualisation: VT-x? I don’t know if that is relevant though.

I would love to get GPU pass-through working - or at least use it as a way to test the GPU further - so any pointers on that would be greatly appreciated.

Interestingly enough i still had a monitor connected to the DVI connection from testing all ports yesterday when i rebooted to change the BIOS… If i have a monitor connected to the GPU when i reboot it uses that as the output and it works initially but the OS never loads. It always stops just after starting gnome (photo below). this gives me both hope and concern, hope that it may work somehow, but concern that the issue is more serious and even if i try and use it in some headless form it will not work. 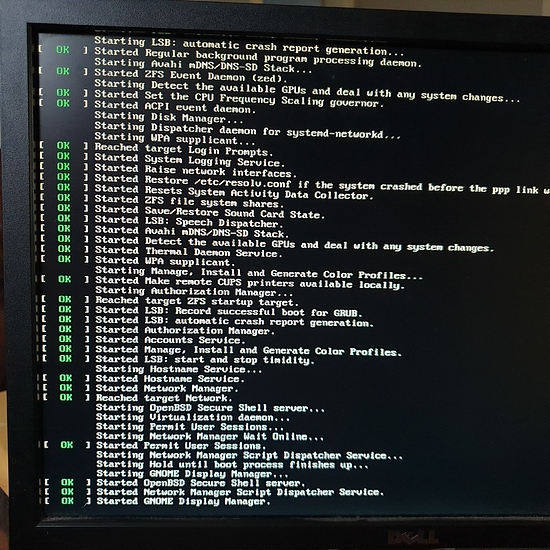 FWIW I also booted windows. similarly it boots but plugging in a monitor does nothing. in device manager i get a warning triangle and the message:

This device cannot find enough free resources that it can use. (Code 12)

If you want to use this device, you will need to disable one of the other devices on this system.

the resources tab shows the same message and no options.

just so its all in one place here is a summary of the permutations i have tested:

onboard graphics as primary, no monitor connected to GPU:
boots and runs fine ubuntu see GPU but i dont know if its working. plugging in a monitor appears to do nothing (montior wakes for second then goes to sleep with no signal message)

onboard graphics as primary, monitor connected to onboard and gpu (DVI,HDMI&DP):
outbputs to GPU as main monitor always. ubuntu loading screen comes up, then switches to progress output and hangs around when gnome is launched

gpu as main output, monitor connected to GPU at boot (onboard connection can be plugged in or not):
freezes at bios splashscreen and after a while gives a single beep

gpu as main output and no montor connected to GPU (again onboard having a monitor plugged in seems irrelevant):
5 beeps from bios.

Do you have z77 mobo with Lucid Virtu MVP by a chance?

And 3470 should fine for VT-d, I run it on ASrock Z77 Pro4 with Xen passtrough before Ryzen, and z77 chipset was good for VT-d in general AFAIR.

VT-x is just virtualization support, VT-d is IOMMU in Intel terms. You have to enable both.

onboard graphics as primary, no monitor connected to GPU:
boots and runs fine ubuntu see GPU but i dont know if its working. plugging in a monitor appears to do nothing (montior wakes for second then goes to sleep with no signal message)

This would be your start. First you have to check your IOMMU groups, if GPU is in separate one. If yes, then you have to change NVidia module for VFIO PCI module. Then you can use virt-manager to create VM and pass GPU to it.

There are plenty of guides here how to do it, so not gonna repeat it all.

And if your monitor still wont work on passed GPU, then you have to additionally configure IVSHMEM and use Looking Glass (DXGI)

Looking glass needs the GPU to be able to display something or at least think it can, you need a HDMI EDID emulator plug to fool the GPU into thinking a display is attached. Other wise the GPU won’t render as it is not outputting anything apparently.

At least I think that how it work for reading through posts, sorry to bother you but @gnif is that right?

I will look for a guide on setting up GPU passthrough and see if I can get it working.

Thanks very much for taking the time to share knowledge and experience!

hopefully if i work my way through a guide this will come up at some point? - i honestly cannot remember anything about my last attempt to do this now.

For the moment I dont mind attaching a monitor for testing.

Yeah, so it has Lucid Virtu, that was the main reason I bought this mobo back then, because I was stoked about possibility of redirecting GPU through iGPU output.

AFAIR I could use it to hook monitor to my onboard output, and when VM was running, I was able to use the same connector to display VM desktop on the same monitor.

But it was long time ago, so I might be misremembering something…