I recently (2 months ago) bought myself a G403 mouse and it is superior in every way to the G303 (used the 303 for over a year). Except for one thing, using Logitech's crap software I cannot bind macros to left or right click (this could be done with the 303). I wrote an email to Logitech support and they haven't responded (after two months).

Looking through the files I could not find editable xml or config files which you could manually script a macro (like you could with some of the older Logitech drivers).

The left and right buttons on the G403 can be switched which suggests that they are programmable.

If anyone knows of third party software or a work around in Logitech's software please share.
*I am not looking for a executable mouse macro like "Mini Mouse Macro" I want to bind a macro to left and right buttons on my G403

My OS(s) are various flavors of windows.

Edit: Update, I found an xml of the mouse profile, I can edit macros manually for any button I choose. Problem is that it doesn't work. Logitech's client overrides anything I change. Also the macros are on the on board memory of the mouse. I need to figure out a way to make the Logitech client to update the mouse with my custom profile.

The software is idiot proof as far as I can tell. 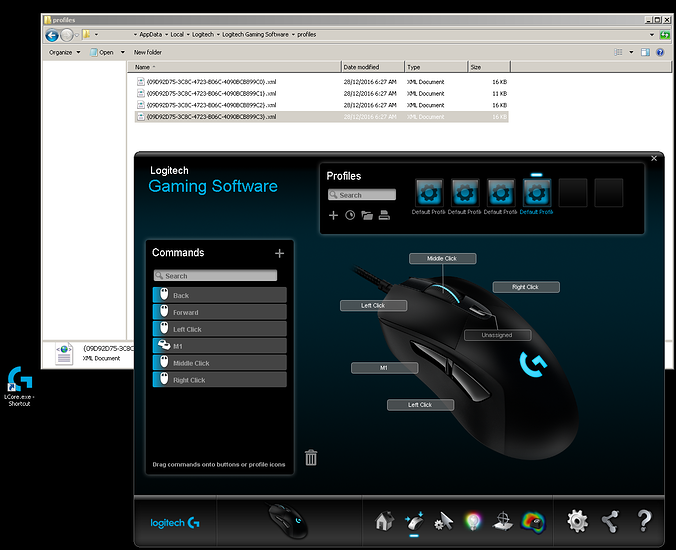 I got it too work but it doesn't. This is very strange the macro works in Logitech's "Test Profile" but it doesn't work anywhere else not in windows not in assigned game. HOW IS THIS POSSIBLE?! 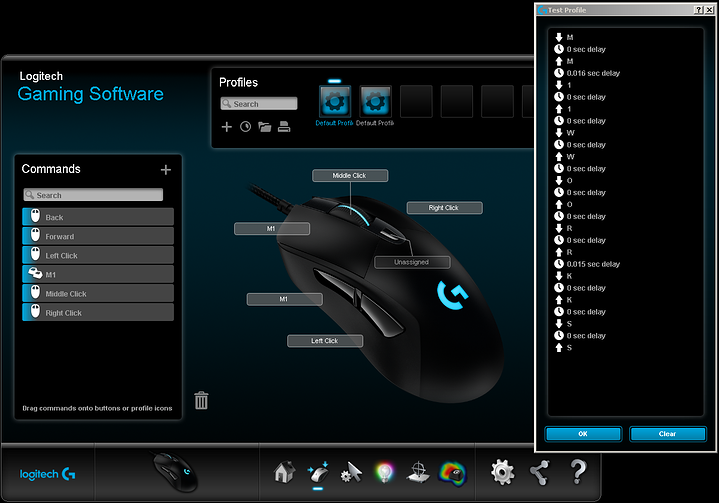 Autohotkey may be useful for you.

Nope, like I wrote, I could only get the macros to work in Logitech's test profile and no where else.

But I did find a solution, I learned to write scripts in AutoHotKey, its a bit laggy compared to programed marcos into the mouse, but it works and the possibilities are endless.

I have the same problem with logitech software and so far they have not done anything!

Hello everyone. It appears I'm in need of help. I've recently received my Logitech G403 wired mouse (firmware version 108.1.12) and stumbled upon...

Welcome to the forums @flacool. Just in case you didnt know, we have a general rule after 3 months a thread is considered dead (there are a few exceptions) and any posts after that are considered a necro. Not a big deal though, just an FYI.

Thread was brought back after 1 year. This exceeds the 3 months grace period. This is considered a necro. Thread is locked.