I was wondering if someone used Guitar rig 5 here and could help me.
I have been using GR5 with a usb to a normal guitar audio jack. I am using the onboard soundard on an asus z97-A motherboard.

It has been working "okei" with the Asio4all driver. However I seem to be getting some inconsistent Cpu usage. There is a Cpu monitoring thing in the top right corner witch usually hangs around 25% with A LOT of things loaded in.( A bunch of amps and gain boosts and delays and shizz)
but then I can play for a little while and then the Cpu usage goes to a 100% and the sound cuts out for around 3 seconds...

I have tried lowering the sample-rate with varying degrees of success. sound quality usually goes to shit if I lower it past 44100. And I have had a bad experience with the Asio4 all driver settings. Usually when I start messing around with them GR crashes. (but the settings are saved so I only have to start the program again)

I was just wondering if anyone had some experience with GR5 or the Asio4all driver and could help me get rid of the instability in the program or the sound quality on lower sample rates .... or just optimize the thing better.
Would be greatly appreciated.

Here is the software I am talking about:
http://www.native-instruments.com/en/products/komplete/guitar/guitar-rig-5-pro/
http://asio4all.com/

first things first: there is a lot you can do to optimize windows for realtime audio processing.
This seems to be a good ressource

This guide covers important information on how to detect and resolve audio performance issues (crackling, drop outs, artifacts) on Windows systems during audio playback. Note: You can also view the...

samplerate of 44100 should do just fine. But there is also the sample buffer to tune: the lower the more work your cpu has to do. If higher the input/output latency will increase!

for cpu-usage spikes you should search for other processes that kick in once in a while. There are many possible processes that can cause such a behaviour. Check out the nice tool dpc latency checker to find the evildoer!

Btw. your USB to Jack implies, that this is a soundcard itself – independent from your onboard sound!.Make sure that you choose the right interface in asio4all. I would guess that the quality of such a cable/interface might be enough, but maybe not good. What device are you using? 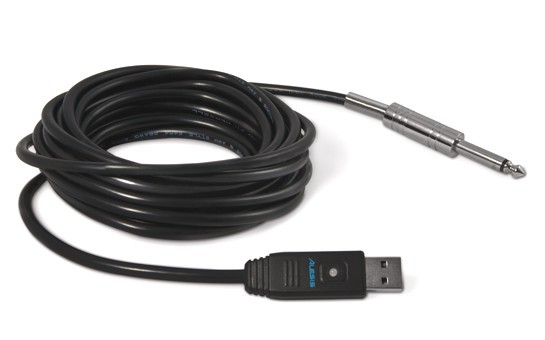 This is the cable I am using. It is just a 16-bit 44.1kHz analogue to digital converter. No integrated soundcard.

I belive GR5 is using the integrated soundcard on my motherboard.

Thanks for the link and advice (:
I will go ahead and run the dpc latency checker and tune things around when I get home.

well, maybe my choice of words was misleading. A AD-converter is a audio interface and serving the same purpose as a soundcard in some sense. That is what I meant with it.
The effect is: the AD Converter in the cable is solely responsible for the converting performance. Your onboard soundcard should only be involved somewhere later in the toolchain. Probably only in the DA-convertion.