So I recently noticed on my network settings there is a service for an “always on” VPN service encrypting all information going through their networks/wi-fi.

When I spoke with a google support employee, she claimed they do not store any data. And she was unable to provide me with a privacy policy or TOS.
This has to be shenanigans right? The service doesn’t leave the U.S. , and shows on speedtest.net I am coming from the google-fiber network. I was connected to my wi-fi, and mobile data was shut off.

Keep in mind a vpn services job isn’t to hide you from end services you use. It’s to secure your data over a network.

Using any vpn won’t hide you from google when your using android or chrome or logged into gmail or on YouTube etc.

edit: and to elaborate on that if a provider throttles specific services or favors other they can’t control that if traffic goes through a vpn

With smaller vpns that’s acceptable but now I wonder, because I don’t understand the inner workings, would a provider be able to see what VPN is being used? Could it be used to slow Google as a whole?

I am.just thinking that if it become common, and googlefi gets big enough would it be worth the malicious effort to just slow their entire connection to anything google down so that they still capture the traffic they actually want to slow down. Eventually making VPNs redundant for the speed argument and the common user within just stop using VPNs.

would a provider be able to see what VPN is being used?

of course, or that would be the general case but penalizing the Google-Fi would be dangerous for any provider

penalizing the Google-Fi would be dangerous for any provider

I am unable to determine maximum speeds due to me living in rural Iowa. Using Wi-Fi on my Moto X4, and I am about 25 Feet from the router. I used the same server as a single connection to establish a baseline

I hope that explains data speeds a little more. 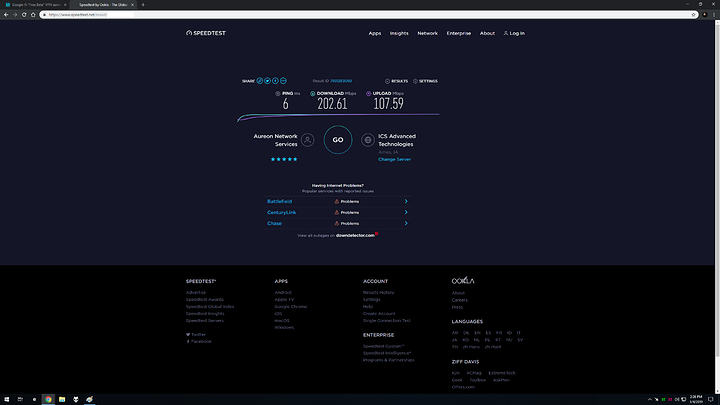 Edit*: I didn’t hop on other GSM networks due to paying for data A-la-carte. Cost per network is the same, but 1 Gb of data can get eaten quickly doing speedests for an hour.

Using any vpn won’t hide you from google when your using android or chrome or logged into gmail or on YouTube etc.

Of course there is no form of actual comprehensive privacy over the internet. I’m not attempting to subvert anything. Just curious as to how this is all going to play out. I just don’t want to see another version of Facebook’s VPN but simply wearing a different mask. Just waiting to comb over more data than ever under the guise of selective “privacy protection”.

slow their entire connection to anything google down so that they still capture the traffic they actually want to slow down.

According to the service, there is about a 10% data overhead of what would normally be used without it. I am not sure what the method of encryption used. But it sounds in the range of Open-Vpn.