Good way to get Molex power in one PC and into another?

Alright, on to my next weird project

I have a NAS with 12 bays, and I am decommissioning an ESXi server also with 12 bays. I want those drive bays in the main NAS without buying a 24 bay chassis ands swapping everything

I could buy a JBOD control board like the CSE-PTJBOD-CB2, but then I’m using 2 x 500w power supplies just to power 12 disks.

I think a better idea is to extend Molex (With thick enough wire!) out the case and into the one below. Then I will be using the 2 x 500W PSU’s in the main system. I just need 2 Molex for the backplane, and I’ll just split out for the fans too

I suppose it doesn’t even need to be molex, as long as its something with 4 wires, it will work.

Any ideas? I was think of a PCI slot with Molex passthrough, but that seems hard to come by

The easiest way is to buy a long(90cm) cable 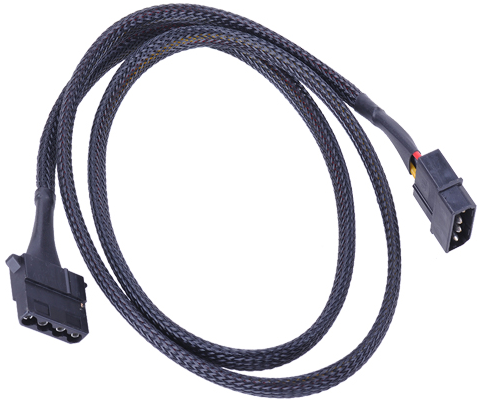 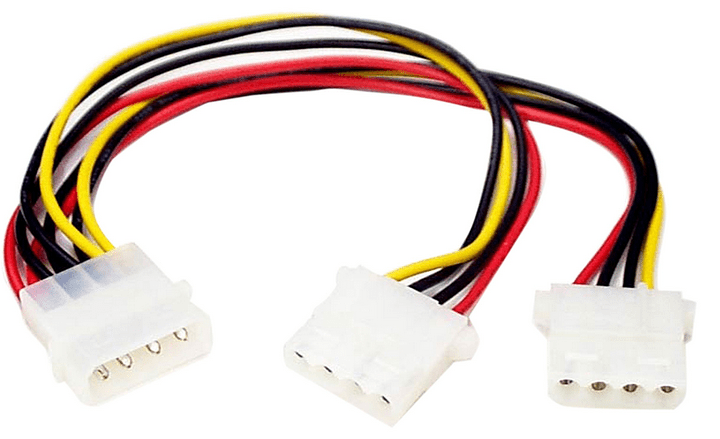 Or a regular atx power supply and the right amount of cables / splits.

On the psu plug, mount a switch that will make a short circuit on the appropriate pin for on / off.

The solution is archaically simple, the running psu feeds the current straight to the hdds and is not interested in anything. 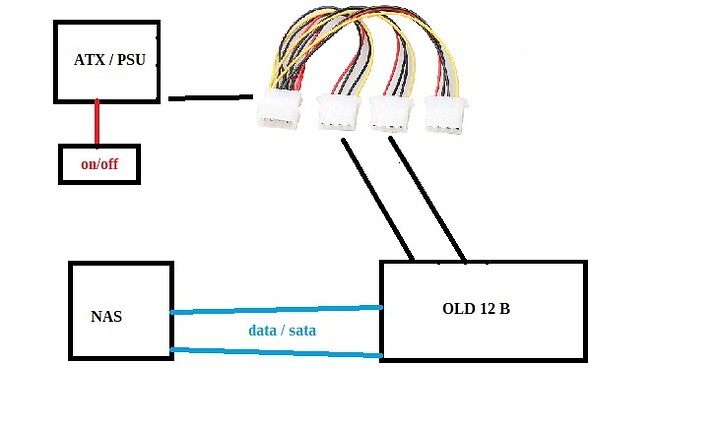 I’d opt for a 4 pin *something panel mount connector on both ends. Wouldn’t be much more cost and it would almost look like you knew what you were doing.

I’d opt for a 4 pin *something panel mount connector on both ends. Wouldn’t be much more cost and it would almost look like you knew what you were doing. 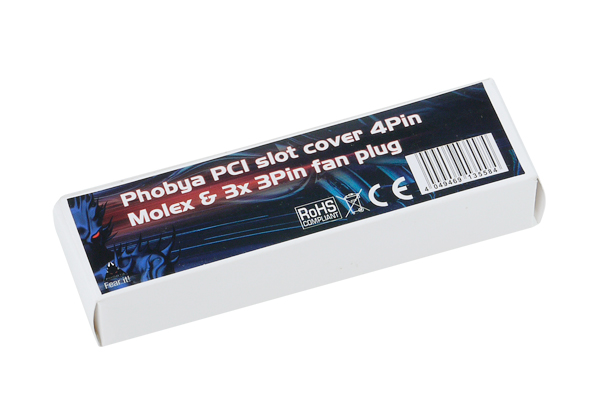 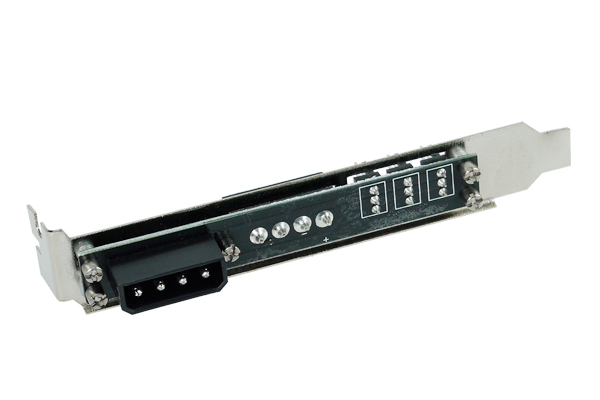 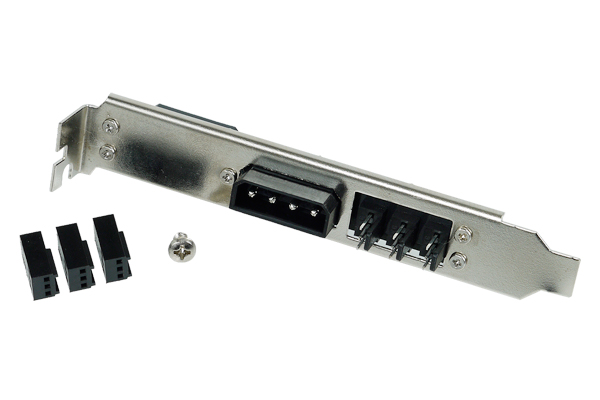 How the heck did you find that!!! THATS WHAT I NEED

How the heck did you find that!!! THATS WHAT I NEED

Usually someone somewhere had something similar in mind so it’s a matter of looking around.

It’s just google images + molex pci = and we are optically looking for what may best suit our needs.

Imho sometimes it’s better to look for something based on the image than combing traditional links. The human mind works much better and faster on the image layer than on the text layer.

In addition, in 2023, the indexing of the image against the phrase is quite good and sometimes it will find really cool things that we would otherwise miss. 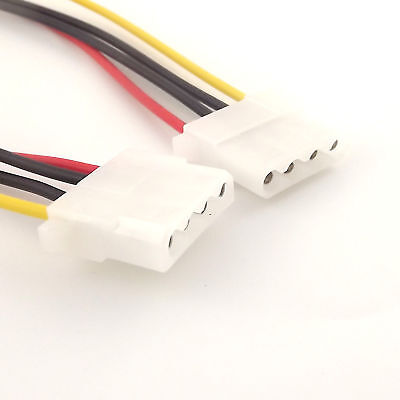 I’m not sure if a single molex can handle 12 hdds, but you have to test it.