Consider a force acting on a rocket at two angles where the rocket and rotate in three angles shown in the figure below. 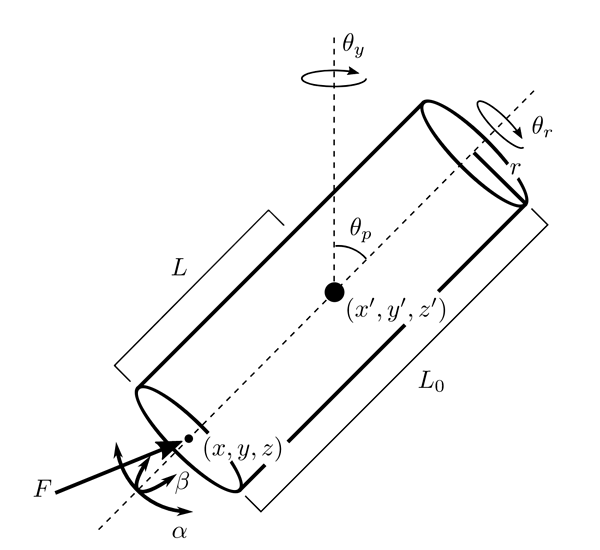 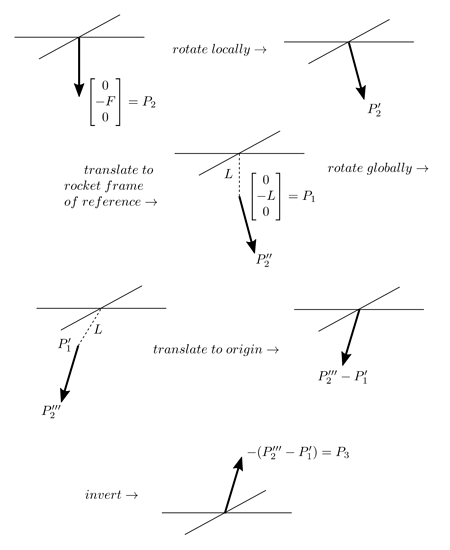 I’ve thought about this several times and it should work. Rotating locally means by \alpha and \beta shown in the first figure and globally by the rockets angles.