Gift for my dad, need help - tv on a desktop computer

Basically I’m trying to put together the ultimate media pc for my dad so he can go in his room, do email, watch tv, and pass out in his bed. I had a few digital tv converters, and a few of these cards, I was wondering if anyone knew if I could use this thing for video capture? I don’t want to go on ebay and spend 600 bucks because some neophyte idiot has never seen an ati allinwonder before.

Equally, alternatively, would it just be easier to get an allinwonder or something

I think I still have an ATI All-in-Wonder 9200 SE somewhere. I might even have the brakeout cable for it (RCA + S-Video). It’s gonna travel through half of the world if you want it + tax if there’s an import tax in the US.

P.S. I don’t need to specify that you’d get it for free, I don’t want any money for it.

I can’t test it anymore, but it should work. It has to be said that it was pulled out of my old P3 system that was a bit unstable by the end of it’s life. Couldn’t install Windows on it properly anymore.
There’s a Philips analog TV tuner on the card, but it’s not up to standard anymore so you can’t watch TV with it.

Is it for cable tv or just OTA stuff?

OTA. Basically I want a way to connect a little set top box to a computer and have the color not be bullshit.

HDHomerun ? Just access over web page / App (thats what i use for OTA) They make one with a HDD for a simple DVR solution where you dont have to do anything

I mean I want to do it with a few other things in mind tbh.

If you don’t, I do. Also for free. but i am in the USA.
My All in Wonder card died. I also have the remote and USB antenna. I had to replace the wire with a new one so I don’t know if the reception has changed. Also free.

What if you just get him a small 4k TV ? Those are fairly cheap these days. Cheaper than a 4k monitor.

What if you just get him a small 4k TV ?

What if you just get him a small 4k TV ?

Think about it this way: if you do a complicated setup with recording cards and specialized software then you will have to maintain it afterwards.

Cheapest TV that double as a monitor will just work out of the box. But I do understand that different people are in different financial situations.

Also you might have problems finding working drivers for that card in the photo. You can get a cheap USB tv-tuner card that works in your region. (Have to be careful with that as EU and NA use different frequencies) And for software just use VLC.

Specialized… What? I’d be using the antenna in as a liwe lead off of an ota box, what would I even need to update? I literally just need a data handler in the middle in the forwm of a card, the age doesn’t matter. Then if I use old software, big woop. I don’t need up to date code.

That doesn’t look like a TV capture card, it looks like an MPEG-2 accelerator. You daisy-chain the output from your normal video card to it, then to your monitor (or TV). It handles the decoding of MPEG-2 (e.g. DVDs) so your 133MHz CPU doesn’t have to. It says “decoder” right on the big chip in large letters.

Even if you had the right hardware, you’d still need to invest in a remote control as well. If you just want to watch TV, best to buy a TV, and change inputs when you want to switch to the computer. That’ll be lower power than leaving your computer on to watch TV, and will simplify power management settings, setup time, and all the times it’s going to suddenly break on you down the road.

If this is part of a PVR setup, where most of the videos/movies are on the PC not just viewing TV, then you’ll need to buy something. I absolutely despise All-in-wonder cards. They do the Macrovision thing so most video sources you’d put into it will look horrible. Instead, buy a used old Hauppauge WinTV card, preferably with the remote control and IR receiver included and still working, if you’re going that way. Or try a $15 USB VHS/composite capture card.

I had a few digital tv converters

Do the digital TV converters have an HDMI output? If so you could connect that directly to a monitor if it has DVI or HDMI inputs. Might need an A/B source switch, but that would be cheaper, lower power, and more reliable.

I’m aware, its the only thing I have on hand rn.

If you have a small set top box with HDMI out already, then there’s this USB HDMI in thing https://www.amazon.co.uk/gp/aw/d/B08FQVZ2FQ

Think of it as basically a webcam, but instead of a sensor chip it’s got an HDMI connector , and you just get h.264 with some audio over usb 2.0.

You can probably find it for 10-15 bucks anywhere.

If you don’t have a set top box/tuner there’s something like this: https://www.amazon.co.uk/gp/aw/d/B08CVFXL9Z which comes had a coax connector on one side and inside the thing it’s got “a tuner” and you can watch plain old digital OTA tv. The chip it’s based on is the same as the one from rtl-sdr project - the price end up varying depending on packaging and whether they throw in a stupid remote and/or a small antenna in the box.

If you need analog I don’t remember ooth what I used to replace the all in wonder card with. Drivers for it were always finicky… there might be other cheap/free pci options out there.

If you have a small set top box with HDMI out already, then there’s this USB HDMI in thing https://www.amazon.co.uk/gp/aw/d/B08FQVZ2FQ

Think of it as basically a webcam, but instead of a sensor chip it’s got an HDMI connector , and you just get h.264 with some audio over usb 2.0.

You can probably find it for 10-15 bucks anywhere.

Actually I have 2 of these. What I would like to do is set up a giant antenna on our roof or by the guy next door’s radio tower, actually finish hooking up the coax all over the house. plug the antenna in, and have 1 box on top of his computer, whatever the fuck one it might end up being, and the other one I had other ideas for.

And actually lol looking at the page 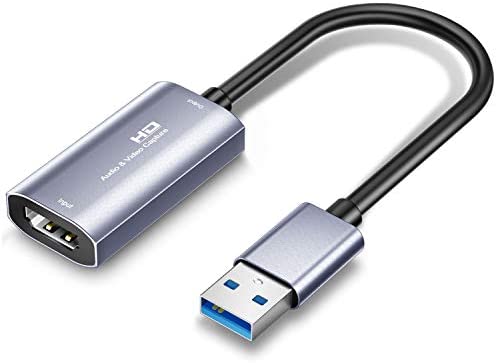 I’ve tried the RCA version of this exact one and it was so laggy it couldn’t even keep up with the 30.35hz setting on a PS2. Will it be able to keep up?

there might be other cheap/free pci options out there.

PCI or PCIe. I would prefer PCI as my dad’s computer is special to him. He doesn’t need any upgrade to it except a GPU to handle video raster. It literally plays DVD’s and CD’s, thats it. Little emachines thing he got from his job he loved before the plant closed in 08.

I’ve tried the RCA version of this exact one and it was so laggy it couldn’t even keep up with the 30.35hz setting on a PS2

It’s a single chip solution with HDMI going straight into chip and USB coming straight out, no analog anything anywhere on there. I got it when I was trying to use my old DSLR as a webcam, but I settled on a different setup since. I learned about it from twitter : https://twitter.com/marcan42/status/1270350054755168259?s=19
He says there’s a 20ms lag and no subsampling at 720p. I used it at 1080p but didn’t really notice chroma subsampling or lag (VC - so plenty of lag everywhere anyway).

Bt878 that was what my PCI card was based on, i don’t remember the manufacturer - ugly yellow pcb?

What I would like to do is set up a giant antenna on our roof or by the guy next door’s radio tower, actually finish hooking up the coax all over the house.

For a good solid signal even after being split and run across some distance, you’ll probably want a mast-mount preamp.

You can get set-top boxes with HDMI outputs pretty cheap. They even have USB ports to plug-in a hard drive so they can act as DVRs: 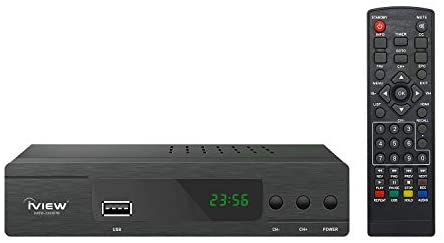 PCI or PCIe. I would prefer PCI as my dad’s computer is special to him.

As I said before, IMHO a better option is direct output from the converter box to the monitor, but that depends on what type of inputs your monitor has, and whether more than one.

It liherally hase a vga plug. I enly have one screen that has rca and hdmi on it. Everything else raound here is dvi or vga