Be able to play games such as the Witcher 3 on Ultra at 40 to 60fps.
As well as Attila Total War and in the future Total War Warhammer.

And can handle playing Ark SE on high or ultra. I might be getting Fallout 4 so add that to the list.

I also plan to get a VR headset at some point.
Be able to handle playing VR games with limited optimization.

Be able to handle playing games with limited optimization in general.

Be able to handle large player density on screen, such as when in a city zone in an MMO with minimal overhead. In other words, no bottlenecking on my WAN input packets and won't suffer lag frame drop from a lot of players around my character in an MMO. Using it to record gameplay of the games I play as well as video editing. But I don't do heavy workload video editing.
Possible future live streaming if my internet situation improves.

Runs Unity5.1, CryEngine 3/4 and Unreal Engine 4, Frameworks which use the above Draw API. As a programmer, those are the frameworks and engines I will be usually working with.

I'd appreciate any advice on changes I should make to my decision.
Thankyou.

Also if anyone recommends I downgrade from these to something smaller, or replace different things with something else, I'd appreciate that also.

then you need to look at AMD GPU's as Nvida does not support OpenGL past 2.1 or is it 2.3 and the direct x 12 support on nivda offers little gains compared to the direct x 12 on AMD all other check boxes are also filled by AMD. truth be told though i would buy a fury or a fury X over a 980 or a 980ti any day. compute performance is better. and soon cuda support via a custom compiler that can build cuda code and make it usable for AMD and Nvida.

get a amd gpu like the fury and replace the 212 evo. i would suggest a noctua for quiet + good heat dissipation but here's the data so you make up your mind yourself. 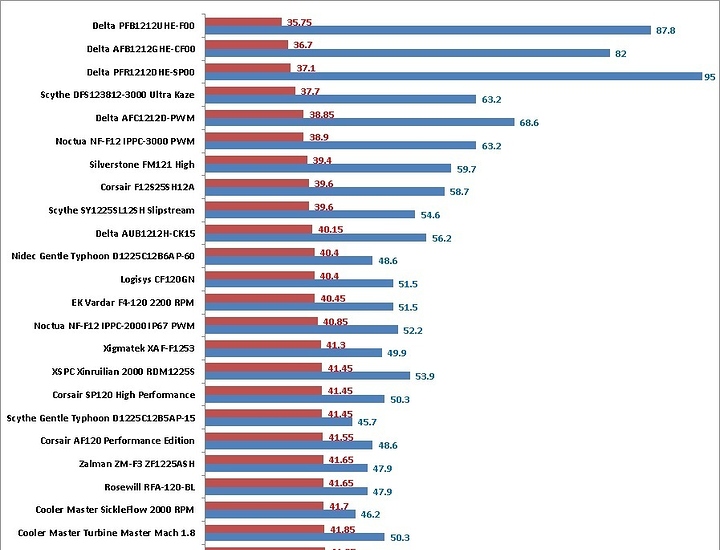 And you should get a 5820k over an i7 6700k it doesn't cost much more and you get 2 extra cores for recording/streaming/rendering, and just in general it will last you longer

Thanks for the fantastic advice guys. I am already aware the AMD Radeon Fury X is a superior card, however it is as expensive as the 980Ti and I'd rather not spending another $200 on a GPU I plan to replace later down the road anyway.

Your suggestion of the 850EVO alone will increase the cost of the build, having heard about the issues you stated it has, I was very unaware of this and appreciate the advice.

Graphics card are $200 to $300 more in Australia - almost everywhere. Removing the advantage of crossfire or SLi'ing the mid range and making the Maxwell GPUs the only viable solution for 4K gaming. The cost increase is dramatic compared to other PC parts which get marked up according to GST, we get ripped off here for sure.

As for getting a Noctua, I am already planning to do that, thanks for the graph, but what is more important to me is a Noctua which fits the socket for the Skylake and can fit inside that case. Since it's a high airflow case set to positive pressure, pretty sure the case alone will generate enough noise to overwhelm any inside case noise.

Thanks for all the assistance guys, you're a lot more helpful than other places I've ask for help in. Where the responses were mostly "wait till next year's Titan killer" and "everything cheap so you can put a titan in for less than $2000 AU" <_<.

The reason I want to stick to Nvidia over AMD is to do primarily with the games I play, some of which make use of PhysX and hairworks, along with being built by the developers on Nvidia chips and it will be a while before they are optimised for AMD.

The way i see it there's two ways to go. either you get a cpu that's good enough like an overclocked fx 8350 and get the best gpu you can afford, or you get the best cpu you can afford say i7 5960x (although way overkill 5820k may be more appropriate) and a gpu that is good enough for the job. as for geforce vs radeon that only depends on personal preference. honestly most people only upgrade cpu every 4-6 years but upgrade gpu every 2-4 years so a good cpu will last you for longer than a good gpu.

They were suggesting the Fury non-X version, not the Fury X. The Fury costs about as much as the 980, whereas the Fury X costs about as much as the 980ti. I too would suggest the Fury over the 980. AMD also is a better supporter or VR in general from what I've heard (doing things to reduce latency and all of that, AMD tends to be the most progressive company in the room). The Fury can definitely push Witcher 3 at 1080p just fine. With hairworks off, at 1440p, it averages ~60 fps. From your comment, I can't tell if you do or don't want to SLI in the future, but if you do, AMD scales a lot better, especially the Furys. Other than that, everyone else has it all covered. Grab a 5820 k if you can, get 16gb of whatever ram is available (Fallout 4 likes fast ram though, so keep that in mind), get an 850 EVO instead of an 840 EVO if possible, and freesync is much cheaper than G-sync.

Guys you need to understand how expensive 2011Socket boards are in Australia, it will cost me way more to buy a 6 core Haswell than a 4 core Skylake.

I consider a Skylake the better option simply because the Skylake i7 renders about 10% less efficient than the unlocked Haswell Extreme which costs $50 more!

Please stop suggesting it! I know more cores is always better, but we get charged out the butt here for more cores.

I appreciate all the help guys! But Aussie prices are very different to US prices. As for the fury, I'll see if I can find a good vender for it. As you suggesting it is more optimized for VR, I am seriously considering it, thankyou :D

Unfortunately I can't find any vendors here who sell the fury for less than $850. Most cases it's the same price as the Fury X at over $1000!