Gallium or Mercury as thermal compound

Yeah, it sounds dumb and it probably is dumb but it makes sense. So long as there isn't an aluminum or steel anywhere near the gallium or mercury. The one benefit of using gallium is that it actually wets on metals which is why it's also a problem. It's sort of the step between thermal compound and soldering the heat sink to a CPU heat shield.
Gallium and mercurys Thermal Conductivites are way higher than thermal paste. The only problem is you need to not get it anywhere else but the CPU and the heat sink. Which shouldn't be too hard with a little thinking.
Some other options are gallium alloys. These also have embrittlement issues but aren't quite as bad. Galinstan Is one such option.
Soooo any one have gallium or mercury and a throw away system and wants to try? I'm not currently at my school so I don't have either of those but it would be neat to try.

If I recall the theory is that the thermal transfer would be fantastic, but you would need a heatsink made of platinum to make use of it.

What about just coated in platinum? like a catalytic converter?

Also mixing Gallium and Aluminum is a very bad idea.

Why? Compared to other metals mercury and gallium are pretty low on the heat transfer side of things. The only benefits of it would be that it's easier to move a liquid than a solid. thus you can move the hot parts of the gallium away from the thing you're trying to cool. Like water cooling. Water itself sucks at heat transfer it's just better bc you can move it away from the heat source and have a massive heat sink with 3 fans on it.

That would be soldering. And the main reason for thermal compound is to reduce air between the two metal bits of the CPU and heat sink. And not have a permanent heat sink.

No. the heatsink that would be in contact with the liquid metals would be coated in platinum so it doesn't degrade....

I'm pretty sure Nickel and copper don't anyway. Which is what CPU heat spreaders are made of but you could. Not sure it would work on copper nickel alloy. I would have to check some charts

I'm no meteorologist, but i'd say you were fairly correct.

Why would you use platinum? Silver is the best heat conducting metal and is cheaper.

Leave it sitting in gallium or mercury for a while then, see what happens.

It wouldn't work I don't think. More likely to yuck everything up and poison you.

I've heard that this stuff has Gallium in it, but I can't confirm whether that's true or not. The top review does mention gallium though.

The site only says the material is made out of a "metal alloy" which isn't really conclusive.

I forgot that mercury will even amalgamate with silver. 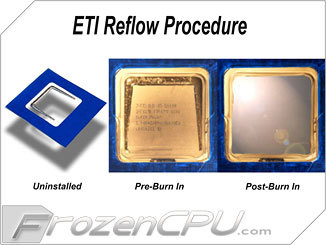 it is a mixed bag, when it works its pretty good,
if it applies properly 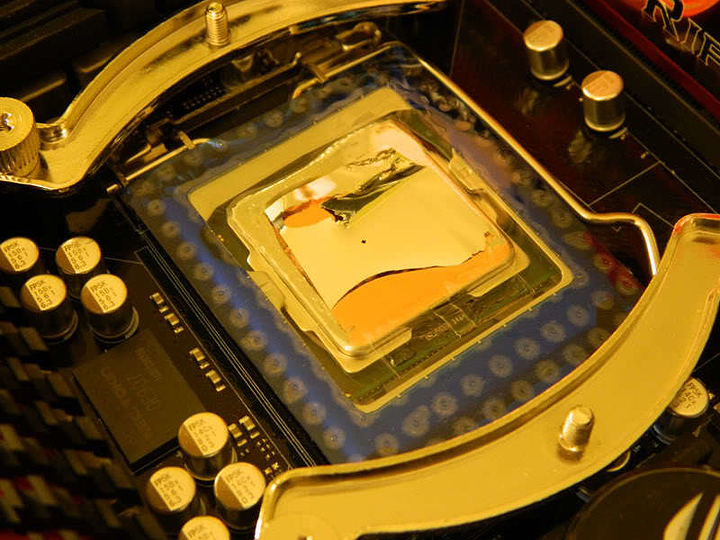 ive seen photos where it applies such a perfect coat that when the guy took it off the cpu, it had the mirror of the words printed from the top of the cpu on it

The other thing to keep in mind is that this will make the case hilariously heavy. Anything storing or pumping the liquid will have to be super secure or GPU sag will be the least if your worries. I can almost see the top rad coming undone and cascading quicksilver over everything...

Not using metal as a coolant but as a thermal paste.