Footnote on the spread of Rural Broadband

The local EMC is running fiber. We happened to be the first non-test customer. $75 for Gigabit

That’s fantastic! And great you got symmetrical too. I have a friend who moved to a semi-rural area and has 1000/15 which I didn’t even know existed.

gpon (cheapest fiber to implement) is 2.5Gdown/1.25Gup , shared across potentially many customers.

What kind of last mile tech is your local EMC using?

I’m not sure and didn’t know enough to ask. They are only offering the Gigabit plan at the moment, so it will catch up to them eventually if it’s not robust. I’ll see what I can find out about their deployment.

You can see what kind device they supplied you with? What kind of cable goes into your apartment/house? … gpon usually comes as a single fiber with an sc connector at the end

Some “fiber” comes in as Ethernet to the apartment, and there’s a network cabinet in the building with a switch and a pair of fibers going away to some box roadm somewhere

I will take some pics and post them for the modem & cables once I get home.

The EMC did buy a /19 subnet of IPv4 addresses. If I’m calculating correctly that’s ~8k addresses. Their website claims ~15k customers, so they’re hoping to serve at least half of them.

Looks like this is a data sheet for the modem: 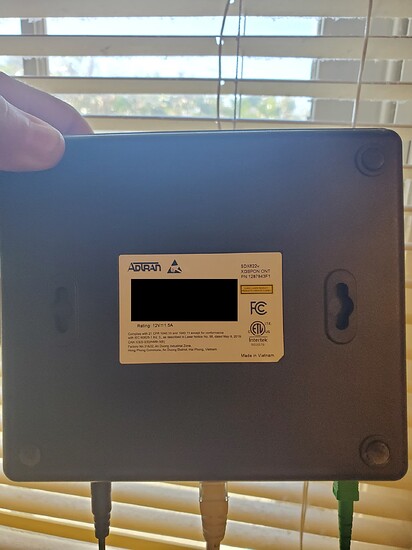 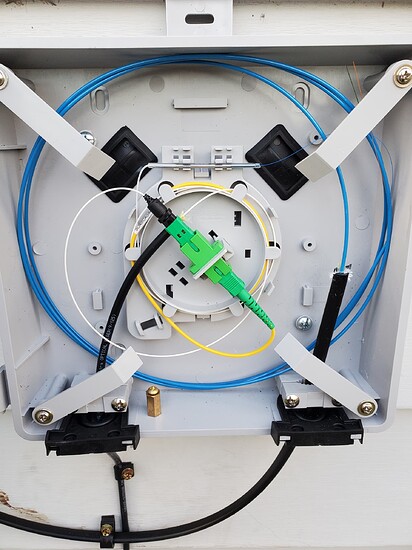 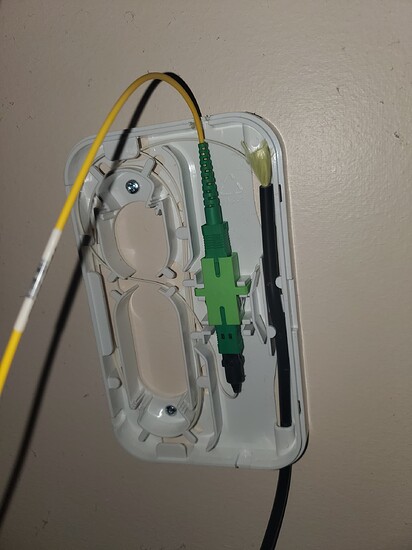 Cable to the house 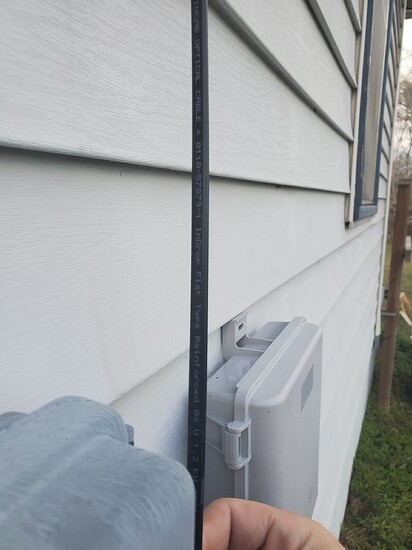 Cable on the poles 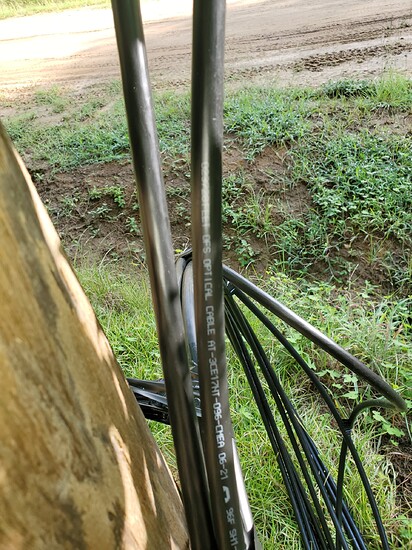 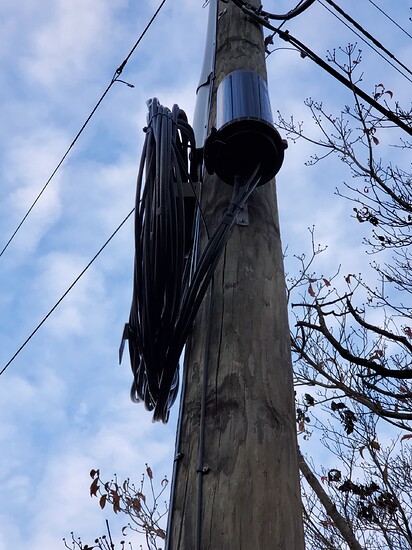 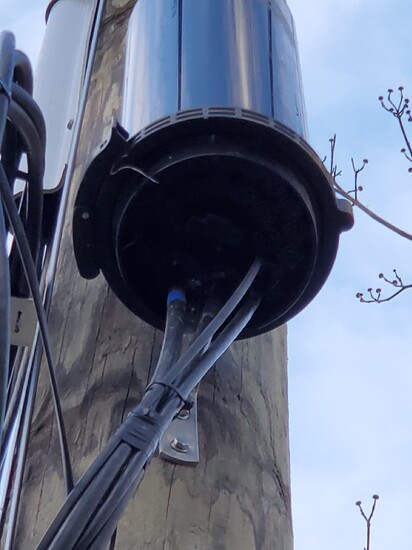 Single mode fiber. Doesn’t get any better than that

Interesting the splice point is up on the utility pole. Granted I don’t have much experience but everything I’ve seen has been in a small buried junction box.

There is a smaller box near the ground on the pole, but it’s tamper resistant so I didn’t bother taking a picture of it.

Makes sense. Spice is still underground (duh!) but canister on pole is secondary splice point for houses in close proximity. Very happy for you!

They ran all the cable on the poles. I don’t know how that will work out for wrecks, fallen trees etc but…

The blue cable coming off the pole into the splice box on the side of the house has spares coming out, the unused orange and black. There’s probably one more somewhere in there.

Who knows what’s happening on the pole, or elsewhere, whether those are usable or not, maybe those two don’t go anywhere.

That’s anti-clockwise looks spliced onto a white cable that goes to a connector.

Otherwise, they would just do one splice and wouldn’t bother.

You have another small loop/connector for the modem cable. So when you break it, you don’t have to cut/pull through the indoor/outdoor.

XGS-PON is 10G/down 10G/up, shared across some random number of people. Adtran is a relatively fancy brand of gear - hope they’re getting a good deal.

Practically speaking, they could’ve ghetto’d it and given you a more traditional Ethernet fiber drop off, 2 fibers, spliced on house entrance, spliced into LC on the wall. Other end of 2 fibers going 10km away occupying a port on a switch in a comms room…

… it’s a simple setup, but that’d raise the support costs.

This way they have between 50-200 people sitting on a single 10G fiber, maybe 20/40 of those going to 10 adtran OLTs. Each OLT has probably two 40G QSFP+ going to L3 switch on top of rack that might, have 100G to someplace or maybe a fabric type thing, or may be speaking BGP directly with something, or maybe they have more than one rack or more than 10 OLTs per rack.