Why does everyone love FF7 but hate FF8?

FF8 Was always my favourite..

Ah, someone who just uses

Because he feels like it would make a good argument on the internet.

I will agree however that final fantasy 8 was far superior in my opinion to final fantasy 7 in numerous ways, but I will state that it depends on your personal taste in story. I prefer Squall over Cloud, and truth be told the FF7 fanboys and girls out there leave a bad taste in my mouth after eating them for breakfast.

The fans are free to argue over their favorite in the franchise, and there is never going to be a right or wrong answer, because each game in the franchise seems to strike a different set of emotions based upon the player's individual personality and interests. You may feel very strongly about 8, while another, like myself, feels more strongly about 9. Just a difference of personality and opinion.

7 did have its merits, though. While 8 had a much deeper, more tragic story in my opinion, with the orphanage and all, it's my opinion that 7 had a better gameplay. There are very few people to complete 7 in its entirety because of the number of side missions and stories to go along with the main. It's a very interactive gameplay experience.

I heard many complaints about 8's battle system, but I think that the higher level of interaction is more of a strong suit, and I was sad to see that aspect disappear with 9. 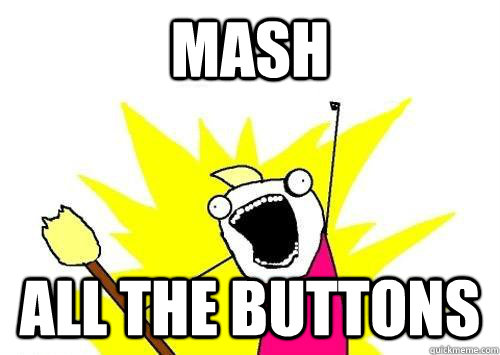 Speaking of, 6 and 9 are my 2 most favorite in the franchise, closely followed by 8, then 10 when you leave out the voice acting. 9 had such an immense story, I held back far too many tears. The number of story lines going on simultaneously was just overwhelming, and, each one strikes the emotions quite a bit. An absolutely incredible work of art.

Yeah calling it gay really doesn't help your argument. I personally prefer VII, although I did enjoy VIII too. I think the love for VII comes from the fact that it was absolutely huge in scope for its time and brought the franchise into a new console generation whereas VIII, although good, just felt like more of the same so didn't really have the same impact. You had to be there I guess.

VIII was the last decent FF game, but VII is the best.

I also wanted over the top opinions on this as I cannot comprehend why FF8 is so hated.

Liberate Timber, Going into space, the secrets of the universe.. A love story <33 Much more epic music...

Although the syphiroth theme was epic.. But that was only in the movie + Crisis core? Cosmo canyon had a epic theme as well.

These are better though...

Don't make this political. You really need to work on your debate skills.

I loved both 7 and 8. I like seven more, though, because I played it first, as well as all of the lore that came with it. It brought new, and impressive visuals and took ,y breath away when I played it. Something that 8 didn't do as well because it just came later, after all of the new PS features had been used, really.

The story was very good for both games, but personally, I thought 8 had a lot more down time, where nothing interesting was really happening.

As well as the fact that the junction system was a little much for younger kids to grasp at that time period.

10-2 was "alright" I thought iti was fan service, but I completed it without too many complaints. The story kept my attention, and I loved to see how everything evolved after 10.

11 - I don't think the MMO games should have been named numerically like they were.

12, I loved twelve. once I got used to the new combat style, it was pretty cool, I thought the story was great, and the characters, although being under-developed, were entertaining.

13 - we don't talk about this trio of failed games.

I loved the gambit system. Absolutely loved it. I remember accidentally leaving my game unpaused and tv off, then my nephew got to the controller and started messing around. Two hours later I come back and my guys gained 5 levels. Awesome. The only thing it was missing is gambit sets, so you can switch to a set of gambits for a specific hunt, then switch back to your normal set when you were done. Ah well. The only reason it did not make it to my list of faves was because I really did not like the story line, and it had the same "epic" voice acting of 10.  The only ff that had descent voice acting, in my opinion, was actually 13. But everything else about that holy trinity just... yeah.... SE needs to stop shuvving lightning down our throats. She made an appearance in 14, too, in which woooo yay you won level 10 event weapons. -_-

Also, can I just say that KH3 needs to get here, like now? I know we need to give the devs time to make the game as epic as possible, but dammit... suspense is killing me.

I'm surprised how few of people understand that scene in ff10.

The scene is fine. It's the voice acting in the scene that's bad. The laugh was supposed to be forced, yes. But not robotic and heavily awkward.

YES! KH3, where art thou~ I bought a PSP and a Nintendo 3DS just for a few KH games (turns out there are other, really epic games on these consoles as well but that's the original reason I bought them) and it will be the same with KH3. As soon as KH3 or FF15 release I will buy a PS4.......

As a FF fanboy I have to say that FF7 simply was VERY impressive at the time. It was the one title that completely split the playerbase, pretty much half of the playerbase said that it is horrible because it was so different than the FF titles before it, while the other half appreciated Square doing something different. FF8 was very similar to FF7 in a way, dystopian and modern looking world, dark and gritty story, and the same kind of MC. It just wasn't as impressive because we had already seen it in FF7.

Now, if we look at it today without our nostalgia goggles then FF8 is probably the better game, with a better MC. But titles like crysis core FF7, the FF7 movie and dirge of cerberus expanded the lore and the universe that FF7 plays in. FF8 is the better game, but FF7 has the better universe, it has the nostalgia bonus and simply more entries to the series over a pretty long lifespan. I prefer FF7, but FF8 was an awesome game as well.

Now everyone will start hitting me, BUT: FF13 has an amazing story and characters! There is very little gameplay, but I enjoyed it all the way through because of the atmosphere, the world, the story and the characters. FF13-2 had good gameplay, an amazing story, an open world and is a really good game. Lighting Returns: FF13 is simply amazing and one of the best modern FF titles. Yes, it is better than FF7 and FF8.

The first Disk of FF8 is amazing - then it just drops into some fucked up LSD hallucination. The story then ceases to make any sense and completely changes every rule of the Universe. I just don't get it.

FF7 and I have history and is still one of my favourites.

Both are very similar in characters in themes (plot aside), and in most regards, I wouldn't put one over the other.

However, I believe the gameplay in 8 to be dreadful, whereas 7 has some of the best gameplay in the series, second only to 5 in my book.

Both also suffer from misconceptions of their main characters, but I feel the hate towards Squall is a bit more justified.

I appreciated the different gameplay elements that 8 brought over 7, and the story was definitely more fleshed out in total than that of FF7 but...FF7 just really hit me. I think FF7 is the first time I ever saw a game character really die.

FF8 certainly had a much more defined (and in many ways, much more bloated) story-line compared to FF7. As mentioned before, there were several times where the game (and thus the story) just...stops. There is no real goal, no purpose to what you're doing except to do it in order to move the story/game along.

I'm currently re-playing FF7 (PC-Steam version) now, and plan to move on to the rest of the series afterwards. No matter which is your favorite, this series will ALWAYS be timeless.

FF8 is disliked so much because the story is ridiculous. OMG we all grew up together but forgot about it!!!!. Then somehow they all conveniently meet and all remember everything at the same time And then they try to kill their foster mom which happens to be the main enemy of the game, which they forgot about too.

And that battle system, where it is beneficial not to level up because the enemies just get harder, and leveling serves no purpose because all you have to do is draw magic for hours and hours. Seriously worse than level grinding.

The card game in 8 was completely addicting. :)

7 was a good game in general

I hated the combat in 8

6 is still the best FF game ever released

I didn't care much for 7 or 8. I found 7 to be over rated and a massive let down mostly due to the amount of hype given to it."Dude you must play it! its the greatest rpg ever made. eeevvveeeerrrrrrr..."-random ff7 fanboy. uhh no.. its not. FF 8 i just didn't dig the story or characters enough to play more then like 5 hours so i probably shouldn't judge it so much.

9 is the only playstation era FF I really liked.

In my experience, people usually prefer the one they got around to play first. 8 in my case. I think I prefer it for the plot - I like my plots complicated. I also liked the human characters, perhaps that made it easier to relate to them. 7 had the Red dog and a horrible pink blob with a cat on top. Not as bad as the Quina thing from 9 though.

Can't remember which game had the more appealing gameplay overall. Both 7 and 8 had some pretty horrible time sinks though. Chocobo inbreeding anyone?

Wasn't a big fan of the materia system in 7. The magic system in 8 seemed to be more versatile and allowed for more strategy, but spending an hour draining spells from every mob I encountered was a pain in the ass. And I was ending up never actually using any magic.

The final boss fights were quite anticlimactic in both games. If you're a completionist, you get to them with your characters all maxed out and wearing top gear, so the final bosses are as tame as a kitten. I'm actually having horrible flashbacks to the Sephiroth fight right now. He had a something called a Super Nova attack. The animation was nearly two minutes long. It would basically show you how the attack destroys the entire solar system and then wouldn't even kill anyone in your party. And it was unskippable, could take your time to walk the dog.