So I want to buy a freenas server to be used as a backup with shadows copy. Want to have the lowest price while having hot swappable drives and all new components. Any critics recommendations I may have oversighted?

Definitely need to switch out that case. That silverstone looks great and the hotswap is nice, but as many users have reported, the airflow design over the hard drives is terrible and results in super hot running harddrives. I recommend you look at some of the Newegg reviews: 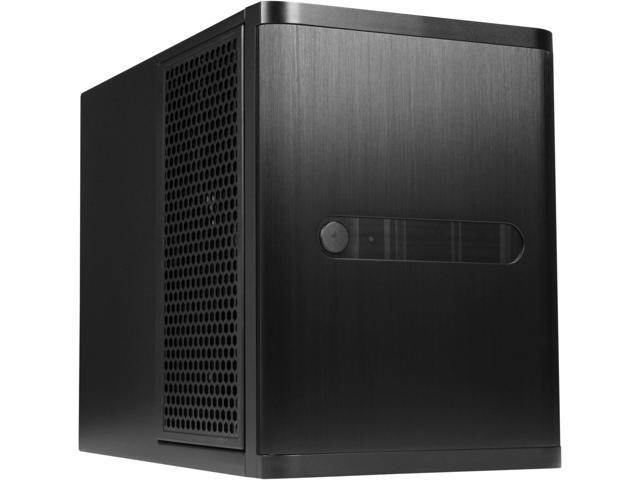 As one review wrote:

The worst air flow design ever! If you are like me and spent $1119.92 for 8, 4 TB NAS hard drives only to find out that the NAS chassis you purchased cooks your hard drives then you will understand this review. Just like other reviewers mentioned, the air flow design is horrible. The idle temperature on my hard drives varies from 64 degrees Celsius to 59 depending on where it is located. The air flow is not the same on all of the drives and almost no air at all blows through the drives. I turned off my NAS and physically touched each hard drive. The ones on the bottom were MUCH hotter than the ones at the top! That means not only are they running super hot, but some are going to die sooner than the others. This is going to wear out the drives super fast and they will fail unexpectedly (I say that because I get frequent alerts of the temperature being too high). DO NOT BUY THIS CASE

Also, the cpu you selected on supports ECC Unbuffered memory. The ram you have is Registered and won’t work.

Lets add in that you could get better price/GB ratio if you went with some larger HDDs.

CPU/MB
200$ overclocking-chipset-motherboard for a non-K i3. That’s a nope from the start. When the Motherboard costs more then the CPU you put in it and it can’t even use any of the features…

You say it’s going to be used as a backup with shadow-copy, but will it be used for anything else? Do you need a lot of power?

For a homeserver build something old will suffice unless you go crazy, you don’t need the latest generation, you could as well light a cigar with that money.

But, if you want or need to buy new…
For a server you’re probably going to run 24/7 you want something lowpower, that i3 is 65W TDP (not sure how much it really pulls though).

You could also look at some of the Atom boards. The C2550D4I and C2750D4I are great, but due to the atom bug see if there are new revisions of it, I haven’t followed it. It’s a few years old, but they are great boards for storage nevertheless. Some of the Supermicro boards (A2SDi-8C-HLN4F for example) as well maybe (have no samples to test).

HDD
How many HDDs do you want to use eventually? Stick with 6? More? Also as mentioned above maybe get bigger HDDs, 1TB is kinda meh at this point. And if you want to keep shadow copies you’re going to need a lot of free space.

If you want to only use 6 HDDs ever the Node 304 is great because it’s compact and has decent airflow. If you want more HDDs you could go a Node 804. You can easily cram 16 drives in there (more if you want to go crazy). The “official” spec is 8 in their own compartment and 2 in the bottom, but you can easily fit 2 drive cages under the mainboard. Plus there are 2x 2,5’’ slots in the front. But at that point you’re most likely out of SATA ports.
As was mentioned, your selected case has terrible airflow. It only has 1 fan and hardly any intakes.

ya I know those and I choose them first but they are nowadays expensive.

Yes, only will be use as a backup. But ya changed a little bit as I wanted first to do raidz2 with 5 drives but instead might do instead a stripped mirror vdev with 4 drives.

Still maybe I gonna go for the Silverstone as I will have only 4 drives and there is 3 fans included, so may not get that hot, and it gonna be easy for my parents to swap an hdd in a case of a failure. Unless I find another alternative.

they are nowadays expensive

Yeah sadly, I only just noticed that after I posted it as well

MB/CPU combo looks more reasonable now, but remember that you can’t ever add any more drives to this unless you get an HBA, but that shouldn’t be that big of a deal with the PCIe slot unless you want to go 10g Ethernet some day as well.

Can’t help you there, I for myself have only been doing JBOD for my build because I don’t need the redundancy, the data on there is disposable so I’d rather have all the space.
But tell me this… if you have 4 data drives and 4 SATA ports, how exactly are you going to connect your 5th system drive?

Pick some cheap M.2 SATA drive for the system drive (if the board supports SATA M.2, couldn’t find it on first glance).

there is 3 fans included

Mh… interesting, I never noticed it has 2 fans on the side…
Still can’t imagine the airflow though because those 2 fans are basically hitting the drivecage already. But if you’re only going 4 drives… might as well.

Unless I find another alternative.

This maybe?. But for that one there is no expandability at all it seems, the SilverStone has the potential to get more drives.

That one is just a spare drive I will immediately buy so there is always a drive available in case of a drive failure. And for the OS will either do USB or as you said cheap m.2 drive like this one.

Ya I’ve seen this one but I don’t seem to be able to find it readily without importing it from the US.

importing it from the US

Is it that big a deal though?

it appears (from the amazon links) you’re from canada, so shouldn’t be a problem right? I don’t know how your import laws work tho so…

You could also look at some of the Atom boards. The C2550D4I and C2750D4I are great, but due to the atom bug see if there are new revisions of it, I haven’t followed it.

Strange, Asrock has on their site several newer revisions of these boards, the C3758D4I-4L and C3558D4I-4L using the “Denverton” atoms, supposed to have been released over a month ago but no one has them for sale?

See if you can find a Silverstone CS380B case instead of the DS380. It’s larger, yes, but that will give you some options like a full size atx board and a regular sized power supply. The problem with the small form factor case you mentioned is that it locks you into a high priced power supply and a mini itx motherboard.

And since no-one else has mentioned it, why not go for a Ryzen build. You can probably shave off some money in the long run.

And since no-one else has mentioned it, why not go for a Ryzen build. You can probably shave off some money in the long run.

FreeNas has a reputation of being so-so with AMD hardware. Personally I ran FreeNas on an 8350 with a lot of success, but others have in past voiced here, and on the FreeNas forums, that AMD hardware has had more issues comparatively to the intel stuff with FreeNas. You can definitely still run FreeNas on AMD, but it might not be quite as smooth.

Thanks didn’t know the existence of this case. Unfortunately I cannot find this case within Canada and importing it from the US will far outweigh any savings I would get by getting atx components instead of itx ones.

why not go for a Ryzen build

I thought about it first but it’s strongly disrecommended to go with AMD with Freenas because of lack of support. Prefer to go the safe route with intel in this case.

Mh… that’s… interesting… I have ever only looked at other websites, but didn’t really go through AsRocks own list… day keeps getting better.

But yeah, not in germany either it seems.
I guess they are distributed to OEMs first and only going into the general public after that.

And boy they finally stepped up… 13 SATA3 ports plus an additional 8 from a mini SAS connector, am I reading this right?
/edit
Actually no, 5 regular SATA ports plus 8 from the mini SAS

Well, at this point in time no RAM is cheap to get but yes. The C2750D4I was full size memory slots too though