After a recent driver and kernel update, the grub boot menu now shows up (it was black / not appearing) and the LUKS screen is now a prompt (It had a flash screen ) How doI return these two to their previous state?

The current screen for Grub : 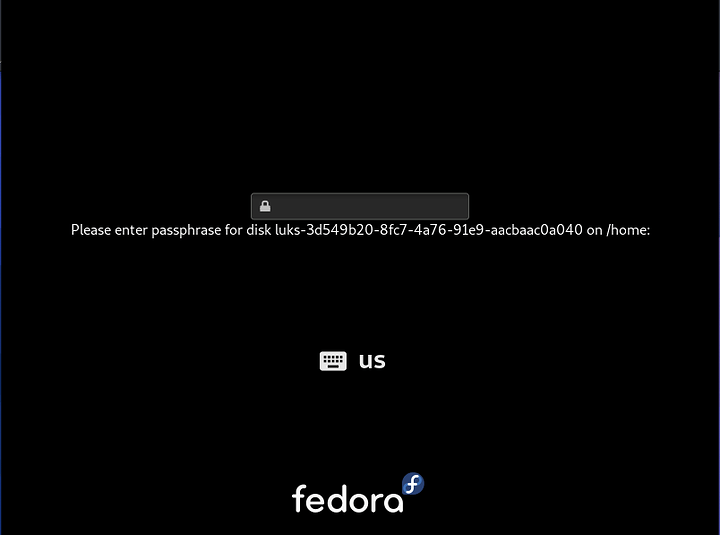 I’ve got no clue how to do this, and it’s fairly minor but i have gotten used to having it.

Nvidia? Try “sudo dracut -f” as the nvidia module needs to be compiled again after an update for the kernel (which Fedora does out of box) but the bootsplash needs that module in /boot.

So many tears… I followed a Fedora 29 instruction ( when the splash screen and silent boot were implemented) which are “HERE … Announcing flickerfree boot for Fedora 29” and eneded up not being able to get back to the desktop. I have no clue on grub commands or how to repair from that state. I’m currently inconvenienced so that complicated the situation. I ended up “nuke and Pave” the system.

I have back ups so I lost nothing. But after the nuke and pave the screen returns ! but the moment I installed the driver again… It’s gone AGAIN ! Here I am hours later…

Before you attempt to fix a splash screen, boot screen, always have: