I'm curious is Neubot accurate? My speeds are much lower than other tests.

speedtest-cli is my favorite, as its done through the terminal.

The problem I'm facing here is when I tell at&t about the speeds they tell me to go use the speed test on their site lol.... Thanks though I'll check that out

speedtest-cli is a python script that uses ookla speedtest; so none of those stupid ads in the way.

But my close second favorite speedtest site is https://speedof.me. They really show the whole scope.

Which would you say is the most accurate? I have Neubot running every 25 mins. Any clue why it reports lower speeds?

It could take a more congested route to their speed test server, or that server could be overloaded. I prefer Fast.com because its ran by netflix and you know they have the overhead to never be server side issue.

Can't they tell when your running tests on their network

I mean they could if they are doing packet inspection or just QOS those speed test sites to always make them look good.

I recall when T-Mobile used to throttle my speeds but when ever I used speedtest.net, it's as if it detected it and it would first hover at 1or less and then spike all the way up to normal speed just for the test.

I second speedof.me. Its the only one that has been consistent for me and also works on phones without having to install anything special.

@net200777 The problem with speed tests; they are entirely dependent on the server you're testing against and the hops in between. I get better bandwidth to CHI from STL than I do to servers located in STL because the backbone from CHI to STL is better than some of our local copper.

Ok, I'm going to use all of them. I wonder what to say to a company when they tell me that "you can't use other speed tests". They only want me to use At&t tests as the ultimate authority in what speed I'm getting.. and to me that's just wrong.

This is par for the course for most ISPs. I have in the past refused to test on my ISPs speed test because the issue was with one service in particular and other people in other parts of the US had no issue. The problem was localized for my ISP. It took a little escalation and talking over peoples heads for them to get that there was a problem that needed fixing, that they werent going to be able to fix over the phone with me.

While AT&T are scumbags, they arent really doing anything different from everyone else.

I was told if they can't deliver the speeds promised they would downgrade the speed. This problem has existed on every speed going up.

Are you getting what you should whenever you download a game on steam or a well seeded torrent? I usually get pretty close to my max from both of those sources.

This is supposed to be a 75mbps connection 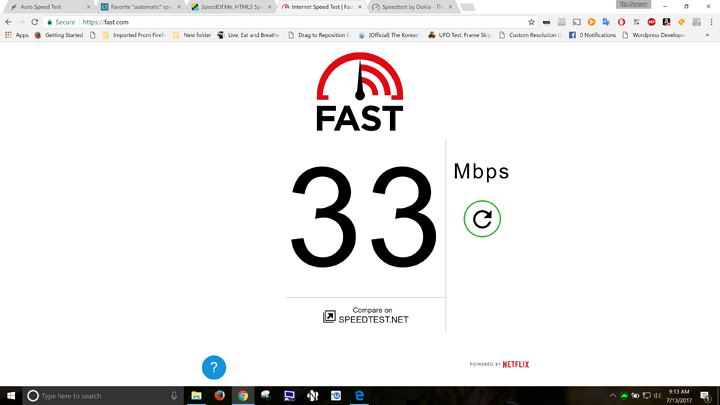 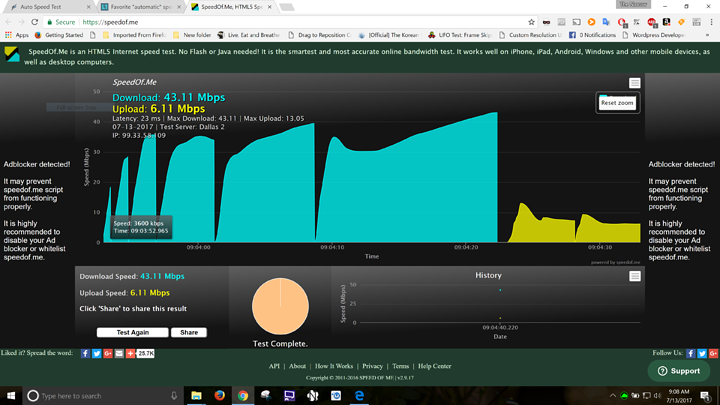 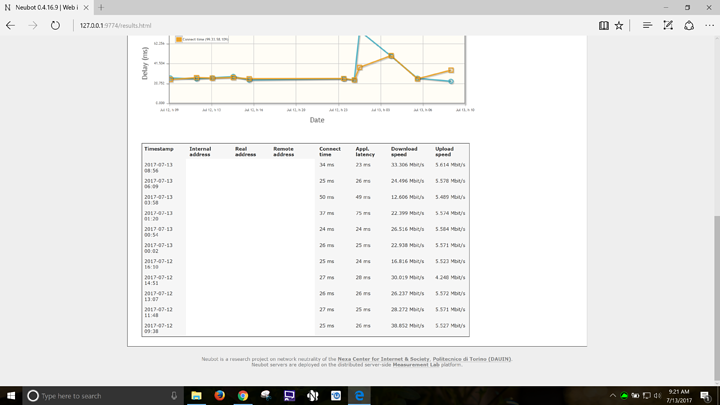 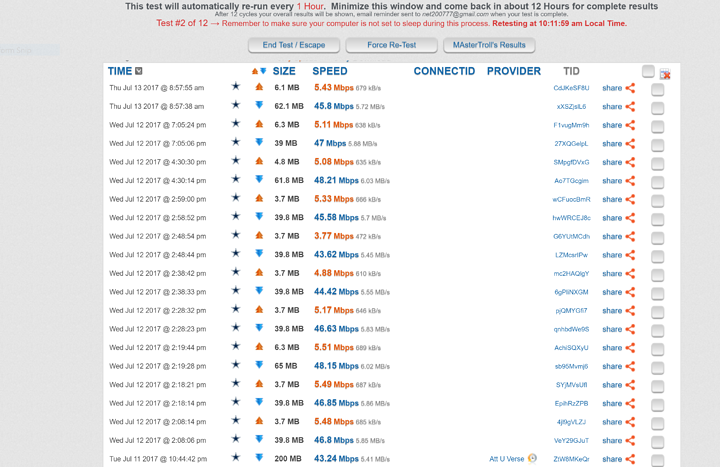 This is what it is interesting to me. At&t only has to deliver 45.1....haha.. and they sure do deliver on 45. However it's also interesting the speedtest results and differences. I wouldn't be surprised if speedtest.net is rigged. (being very popular companies allow resources) 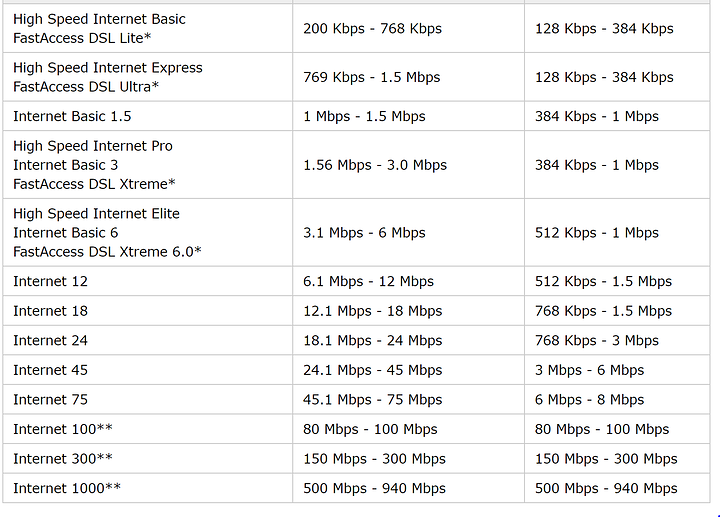 Did you know Google now has a speedtest? Just Google “Speed Test” and the result will be a speed test card.

Other than that, Netalyzer on Android allows you to do advanced network diagnostics beyond the scope of a traditional speed test.