The million dollar question among the Fallout community, which of the newer Fallout games (3 and NV) did you like more? not just appearance wise. But story line, characters, personalization, inter-face, ect.. I personally say Fallout 3, i enjoyed the feel and overall mood of the game. its the end of the world, it should feel sad and depressed, not bright, full of gambling and hookers. But saying that i liked New Vegas. No hate towards it, I just preferred Fallout 3. So which of the Newer Fallout games did you like/prefer? Fallout 3 or Fallout New Vegas? 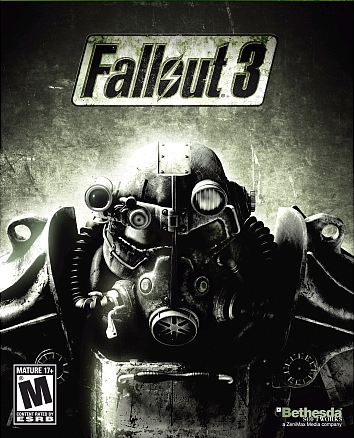 I personally also preferred Fallout 3, it felt more like was intended (However I'm not implying I'm a Fallout elitist as I haven't played 1 & 2 yet, don't kill me please :3), it also feels more epic and desolate than NV. New Vegas has the NCR which is attempting to become an authoritative power (Along with other clans/guilds/organisations), while this would eventually likely happen, Fallout 3 just feels more like every-man-for-himself.

Having played all of the Fallout games, with the exception of Fallout Tactics, and the Xbox game that aren't considered canon anyway, I say I prefer New Vegas to FO3 by far.


For one, New Vegas is PACKED with content. A new location is usually only a couple of minutes away. Fallout 3 seemed like a hell of a lot of walking without any interesting things to do until you reach your destination.


A welcome addition to New Vegas is iron sights. It's not perfect, but the shooting felt a hell of a lot better to me than in FO3. In combat in FO3, I felt that VATS was really the only proper way to fight. The problem is, I really don't like VATS. I prefer a true turn-based approach or a true FPS approach, not of this "Whoops! your bullet flew to the right because you only had a 80% of hitting something!" while I'm standing about 8 feet away. This was a problem in Fallout 1 and 2, but it's really a problem in Fallout 3 because it seemed like Bethesda couldn't decide what they wanted it to be. It was excusable in the previous games because it was about tactics, not twitch gameplay. New Vegas refined the shooting so you could really play twitch if you wanted, and kept the VATS that some fans liked.


There were no characters in Fallout 3 that popped at me besides maybe Three-Dog, Harold, and President Eden. Bethesda isn't very good with character development... They're good at creating big worlds for you to explore in and immerse you. I however believe that great characters immerse me far more than a just giant world to explore. Obsidian did a great job with most of the characters in NV. Still not on Bioware-level, but Cass, Boone, Veronica, Arcade and the Remnants, Legate Lanius, Vulpes, Caesar, Mr. House, Victor and Benny are all characters I will remember for years to come. Not perfect, but I liked them a lot better than FO3.


The real showpiece of New Vegas is how you can join, fuck over and/or destroy factions. My first playthrough, I did a "total destruction" run. I played with having factions fight with and against other ones, destroyed as many as I could, cut trade ties, unleashed hell. I was surprised at just how much destruction I could cause. And it was ME bending the Mojave to MY will. When I started to make friends and enemies is when I was completely sold to the game.


Audio wise, they brought back Mark Morgan's amazing soundtracks from FO1 and 2. I would have liked to hear some new stuff, but I was happy to hear the cave music (sometimes called "Underground Trouble") while exploring caves and vaults like in the original two.


I liked the hazy, grim feel of Fallout 3's atmosphere, but I feel New Vegas is no slouch due to its variety of environments. Overall, I think they tied for atmosphere. The worlds in both games still suffer from what most open world games suffer from, and that's the lack of thought behind "well the character can use this as cover, and they can go from this to this to get to their destination, but there's these obstacles in the way". Environments that accentuate the core game design. But this is to be expected since they wanted the worlds to be so massive.


I still kind of like Fallout 3, don't get me wrong. Just can't hold my attention to play more than one playthrough.

Fallout 3 was better in every way except gunplay. The aiming system (aka. iron sights) of FO:NV was awesome.

FO3 was more of a "Fallout Warz" like BOS vs. Enclave vs. Super Mutants. However I missed the FO1/2 RPG feeling.


FONV (IMO) is much better! Bigger world (feels like it), real desserts (instead of cliffs and ruined buildings), factions reputation, ironsight, and so on. FONV got so much more of the old Fallout, then FO3 has.

The God Of Hell, i really have to kinda agree with your argument. i am a so called Fallout Extremist, have played fallout since the start. Fallout 3 i'd say for me was a better feel and mood, BUT! Content wise, NV takes the cake hands down. my next question to all is...

The God Of Hell, i really have to kinda agree with your argument. i am a so called Fallout Extremist, have played fallout since the start. Fallout 3 i'd say for me was a better feel and mood, BUT! Content wise, NV takes the cake hands down. my next question to all is...

I have to say FO:NV, for many reasons, and one of my favorite things about it was the (almost) non-existant level scaling. The game had many more paths to choose and multiple ways to complete quests. Plus, you actually have to choose what to be proficient in. In FO3, you end up with 100 in all but two skills, and very high S.P.E.C.I.A.L. stats. As others have stated, I really appreciated the iron sights. They also made some skills less useless, such as being able to craft ammunition and cook food. Keeping of with eating, sleeping, and drinking in Hardcore Mode wasn't too difficult, but stimpaks healing over time really made a difference in combat. I also liked how they followed Fallout lore more closely than in FO3 (anyone who played the first two Fallouts must have been scratching their heads at the Capital Wasteland BOS and Super Mutants who were supposed to be a localized experiment).The one thing that annoyed me about the game was the overuse of invisible walls.


Anyway, I really liked both games, and I recently loaded about 20GB's of mods onto FO3, so that will last me quite a while.

The three places I think they'll go for and why:

1. In the areas around the Great Salt Lake in Utah such as Salt Lake City (called New Jerusalem in Van Buren), and the mentioned-in-F:NV "New Canaan"(Ogden, Utah), which was also to be in Van Buren. This is probably the one I'd most like to see, besides maybe one in my home state of North Carolina. It's close enough to the first two Fallout games and really close to New Vegas. Fallout: Dead Sea

2. New York City. Everyone does New York. I really hope they don't do this one for Fallout 4, or even 5. Save this for later.