Extreme uptime in the news Booted up in 1993, this server still runs -- but not for much longer

Phil Hogan, an IT application architect, estimates that close to 80 percent of the system is original.

So, what's your current uptime?

So, what's your current uptime?

My router sometimes goes for a couple of days but I turn it off when I'm not at home to save power. Core 2 Xeons take a bit more juice than your usual router.

Do planned down-times not count against up-time? 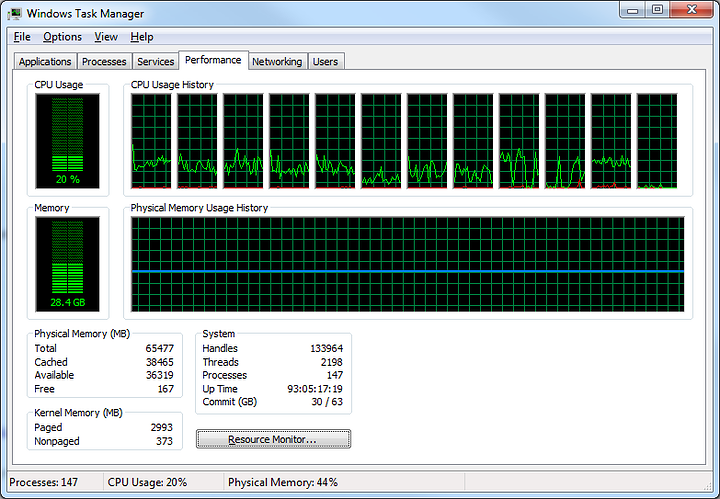 Do planned down-times not count against up-time?

Router has the longest uptime, second by my server. I had to reboot server not long ago to apply kernel updates.

I only keep cluster nodes on as needed. node01 runs important services, node02 through node06 are used for projects like emulating an openstack environment, jenkins build service, etc... Work laptop needs to be shut down when I travel because the battery really only lasts 6 hours. I do not hibernate it since I've got NVMe m.2 drives in it, so there's really no point. Smaug gets shut down regularly because I'm always testing passthrough configuration and whatnot. 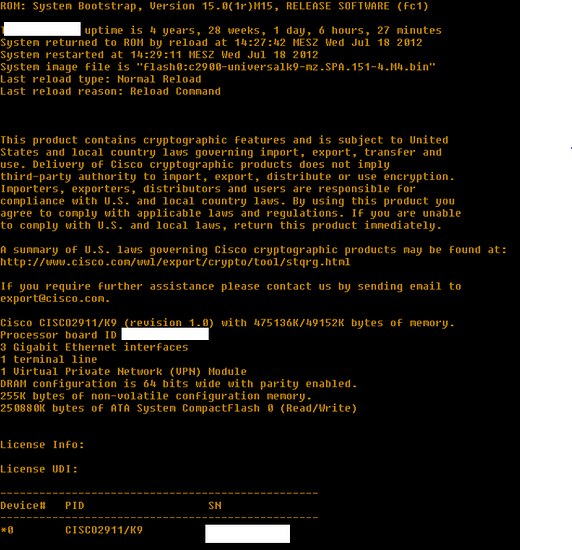 I pulled some Cisco 2500 series switches last year that had been up for 7 years.

OH, I smell a vulnerable router.

How so? does 2.3.2 have any vulnerabilities? It is running the latest stable version and hasn't had any updates recently.

Hm, you might have got me! I just looked

Listed in my https://forum.level1techs.com/t/device-uptime/92610 Thread

We decomissioned all of our old SUN sparc servers, they had uptimes in the thousands (days), now one of our old internal mail relays takes the cake:

But his time is also nearly up! can't wait to delete it finally...

Hey Seeker, trying to catch up to you on a separate matter. Anyway to contact you directly?

Sadly just rebooted my own server

Ah, holdon a minute. My other server has been up 85 Days! Whoah!