I am running Ryzen 3950x and X570 Aorus Pro. I have two graphics cards installed X16 and one X8, and a single NVME. I was thinking to install one more NVME in the middle one.
My question is, are my lanes enough for it?

Now that the upper one is blower card and the below one doesn’t precisely sit over the slot, maybe temps would be acceptable for it.

It looks fine to me. The motherboard manual makes no mention of lane-sharing between PCI slots, M.2 slots, and SATA.

For reference, this is your board’s manual (section 1.8, internal connectors): 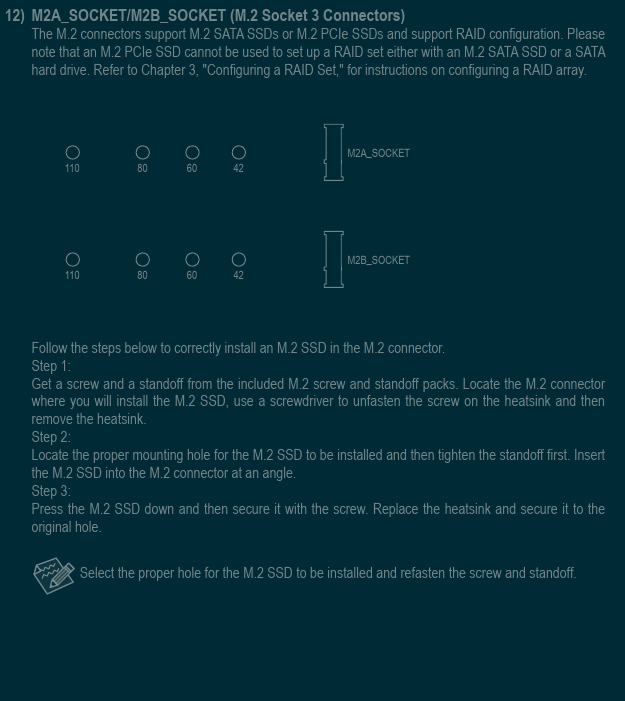 I have a Gigabyte Z390 board which does share lanes, so my M.2 page looks like this instead: 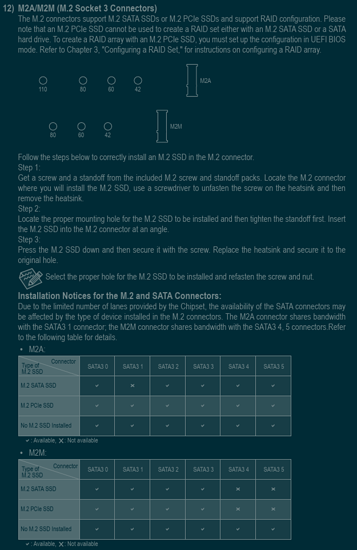 If there were any similar limitations, I would expect to see them in the same place, since they’re from the same manufacturer. A block diagram would be nice to really put this to rest, though.

Thanks for the excellent clarification!

Enough lanes means what to you?

Your CPU has 24 lanes total, four are dedicated to the chipset but sometimes some voodoo goes on there as well.

Usually the GPU slots auto switch to 8+8 when two slots are used. That leaves 4 lanes remaining for your nvme at full speed. However again, voodoo, sometimes that m.2 slot will auto switch and you can do 2+2 for dual nvme.

Will less bandwidth impact daily use? I doubt it, but if you go looking for a bottleneck it will show up in specific benchmarks that measure bandwidth.

Ahh, the lifelong battle for PCIe lanes to get the most use of a CPU and the motherboard layout. (excluding HEDT CPU/MoBo solutions)

It may change for Intel platform with new Z490 boards coming out with PCIe 4.0, but at least for AM4 platform on X570 you can use two NVMe’s (one x4 directly to CPU and one via chipset) in RAID 0, if this is what you’re goal is, and the X570 chipset has enough PCIe lane allocation to make full utilization of PCIe 3.0 NVMe drives, possibly even PCIe 4.0 NVMe drives (I haven’t seen many test done).

The X570 chipset itself actually has a lot of extra lanes, 16 extra lanes to be exact. 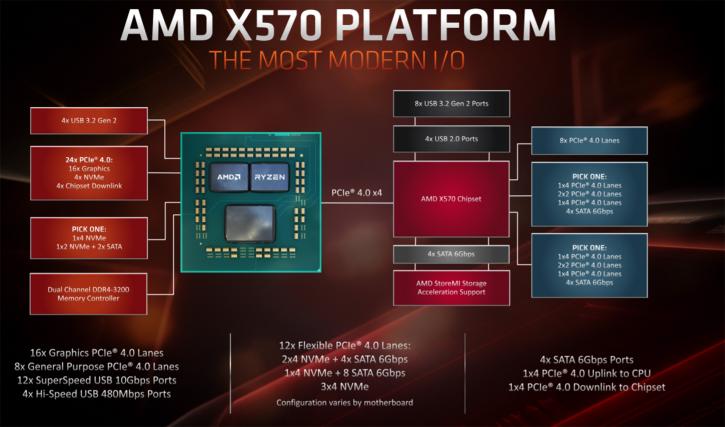 Now the interface between the CPU and the chipset is only a x4 connection, so your second NVMe drive will share the same connection with most of your other general IO. Whether or not that will be noticeable is up to what you do with the second NVMe deive, but for most people I’d say the performance impact would probably be negligible.

In Bios, both NVMEs show up, but in UNRAID when array is stopped, it shows me only the one in the 1st slot…

What am I missing? Help would be great.