Encryption... Looks like we are going to have to ban pen and paper

Pretty much sums it all up really.

a more effective way of fighting enemies is to not create enemies logic..

AAISP are a great ISP, and this is from someone who hasnt even used them. (never had the opportunity), they work for the customer, protect the customer, and actually know what they are doing. If your from the UK consider them. The guy has a good blog http://www.revk.uk/

And their point on encryption is spot on. Governments can ban encryption all they want and the only people it will affect are lawful citizens.

Everyone uses some form encryption all the time, online and offline, as children and adults. Its ridiculous to suggest any attempt to weaken encryption.

What is 'terrorists' use one time pads (as shown) completely by mail? the equivalent reponce is to open every letter that goes through the mail and arrest anyone not using English.

Have a guess when we last did that?........ During a full blown world war two. And after the was it was stopped, why? Because it was seen as an invasion of privacy and no longer needed, as were ID cards at the time. I do wonder if peoples reactions would be different if all their mail and email looked like this 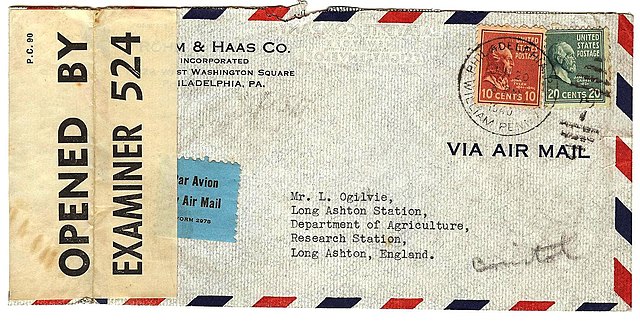 There going about it all wrong.

There more recent videos on this

There going about it all wrong.

In their ( MP's) minds they have been told its the only way to surveil 70,000,000 people (( tax payers expense but that’s upto the chancellor I guess )) I can kind of understand ..

How do you propose to find out the 'needle in the haystack with 70,000,000 people ? Targeted surveillance ?

Then how do you know where a target is if you don’t search the sky ?

You could assume that they would just search information coming form certain cities with a large certain religious population ? but apart from the fact that would be politically incorrect it also doesn’t help in finding 'radical' individuals or fringe nut case planning evil crap

Its a really tricky issue that needs a LOT of thought. As with everything else in life if you burn bridges or isolate a group of people its going to cause problems and no amount of minority report 'pre-crime' surveillance or CSI bullshit hacking is going to stop things happening 100%

I would say on balance that on the ground policing is what’s needed within communities to weedle out dangerous people. Thats probably the most effective way, of course there have been and always will be freaks that cant be stopped that make good scape goats.

Policing is whats needed. Its not like encryption wasn't used before the Internet, and the police did fine them. Its no different now. Traditional police work.. works. Theres a need to a change in laws to keep up with the changing landscape of technology sure, the CMA was created with that in mind, thats why its lasted so long. Mass surveillance is the answer for searching for a ghost, but ghosts don't exist.

An idiot criminal is goig to be easy to fine without these laws, and a good criminal wont be affected by these laws, the only people who are affected are ordinary people. Theres protections in this bill in an attempt to try and protect some sort of semblance of privacy for the ordinary citizen (keeping data for only a year and completely destroying it, requirement for warrants on certain types of data, etc) the issue is, once this starts it only ever expands. And the government is not considering the potential impact of citizens in the future when they have no power to stop a future government expanding this surveillance or abusing it to target people they disagree with or charge them with new crimes from past actions.

Policing is whats needed. Its not like encryption wasn't used before the Internet, and the police did fine them

I agree, better policing is needed where technology is sensibly used, The problem is more Political.

Right now and for the last 20 years the police have faced significant cuts in the UK. I read that on a Saturday night in some city centre's, there was two squad cars for the entire city centre area !

Politician1: Any problems we can have?
Politician2: Africa as a continent has problems, but our economy could suffer a little.
Politician3: In that case, our banks would generate dept. Anything with the stuff we have no idea what it does?
P1: Sure, let´s take a look.
P2: Encryption! Like what the Nazis did?
P1: Yes
P3: Nazis? Encryption equals Nazis? Ban it!