Emulator vs console for the classics

To start, when I say classics, I mean N64 through xbox and ps2. I have most of the actual consoles, but some of the games have since gone missing. There are also a lot of games that I never bought that I am getting excited to play again. But that made me think. Should I just emulate everything? Or should I go for the real deal?

Emulating would allow me to acquire a vast library of games, but they likely will not play as well as they would on the console they were released on. Also, being able to use the controller for the specific console itself is nostalgic whether for better or worse.

What is everyone’s opinion and experience with either option?

I pretty much only emulate, Being able to use the input method of choice, rebinding of keys and upscaling means that i see no reason to go to the actual console. You might have to fiddle around a bit but that is worth it for me.

[edit]
I do not care for the “nostalgia” so not using the original input and all of that doesn’t bother me, for me it is taking what they did well and try my hardest to get around the things i don’t like (like keymap or controller)

[edit 2]
I also don’t want to try to quire the physical medium the games came on, i don’t see it as piracy if the devs don’t sell the game anymore

This is really mostly personal preference.
Some like the “original feeling” and some like the emulation more. Aside from some games just not running emulated there’s not really a lot of difference.
Of course emulation can upscale and sometimes enhance quality by a lot, but other then that it’s really just personal.

Considering Xbox is now bringing a fair amount of xbox original games to work on the X.b.o.x (x box one X), they will most likely implement that backwards comparability on their next generation consoles as well. I have my old gamecube and bought an HDMI adapter to play it on my new tv and it works really well and it enhanced the image (you can get the same thing for xbox and other systems now) 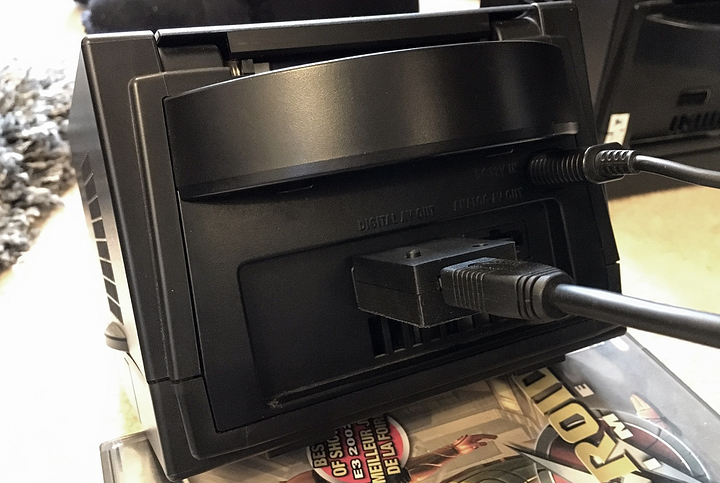 image.jpg2000x1342 660 KB
emulation has always come across my mind but I really prefer having the original hardware. ps1 and previous console generations i’ll probably emulate on a FreePlay GBA when I save up enough cash for it.
Phantom August 6, 2018, 2:41pm #5 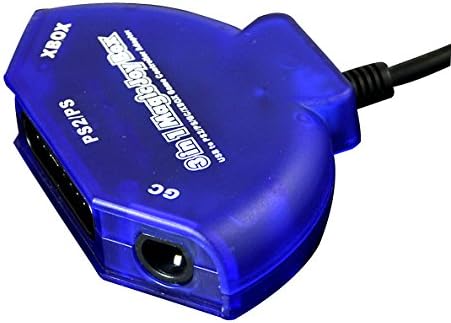 I may already have the mayflash adapter. It might just be easier to try out a bit of each, console and emulation and see what works better for me. I like the idea of emulation likely giving me a bigger library, but the console themselves might be cool as well. One thing I need to be mindful of if I get way into console gaming again is memory cards though, which I totally forgot until now.

I didnt know that they had HDMI adapters for the gamecube gen consoles, but looking on amazon it looks like they are either cheap adapter or cords for hundreds of dollars.

I mean… it’s just SCART/Composite to HDMI really… there was another thread not long ago for that issue (with the Wii though, but then again the Wii is just a glorified GameCube).

I think that was @MazeFrame’s thread

Yes, I would have linked it, but I’m lazy on mobile

This may or may not be a stupid questions but… why not just get a replacement adaptor? You’re in Germany IIRC? https://www.euronics.de/tv-und-audio/fernsehen/zubehoer/kabel-und-stromversorgung/161/adapter-mini-scart-a-v-adapter Pick one?

Yup, it cost me a pretty penny but the visuals look really nice, would have cost me the same if I bought a used wii, but then I couldnt play my GC gameboy attachment

Emulate what work well and have a quick accessible library for many platforms in one place, all configured for the good high res and compatibilities, favoured controller and so on.

Use the consoles for real games where emulators fail and soft mod them. Stuff like the PS2 is super to soft mod for loading games from hard drive with full console hardware compatibility. There are some good videos on YouTube on how to get the best picture from any given console, like ps2 in HDMI.

But really emulation has gotten quite good and up to the ps3.

I was also too lazy. Thanks for linking it.

I modded my PS2 to be able to play games from a Network share. Even works with PS3/4 controllers

Do you have a link or something on how to get started with that? I never even knew that is a thing

Do you have a link or something on how to get started with that? I never even knew that is a thing

I did this around a year ago, but I am pretty sure that was the guide I followed.

My PS2 was already “mod-chipped” so was a bit easier to do. Otherwise I think you need to find an exploit.