Before the madness begins 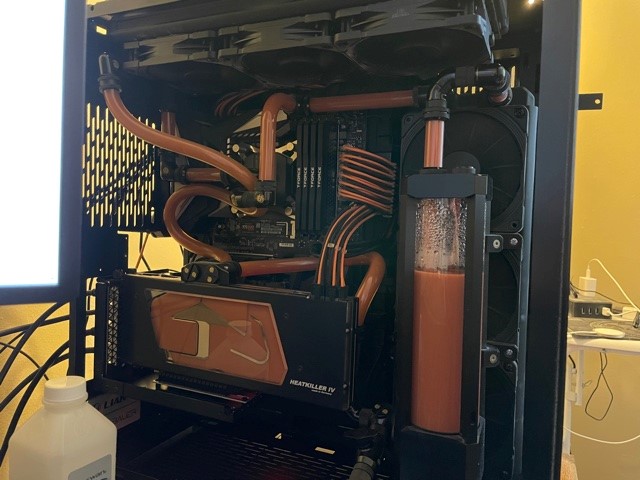 EK has made a truly stunning block for the FE 3090. Holy crap. 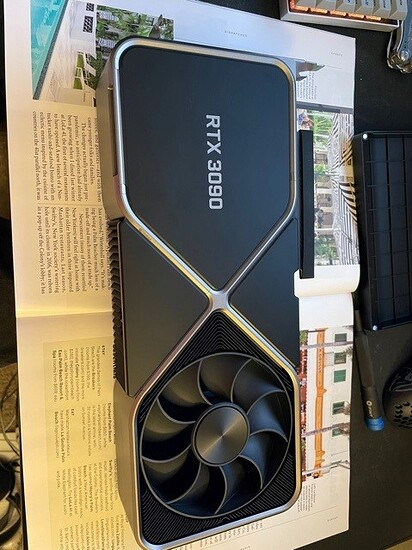 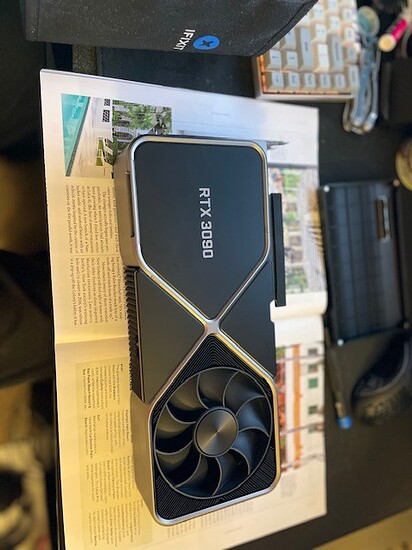 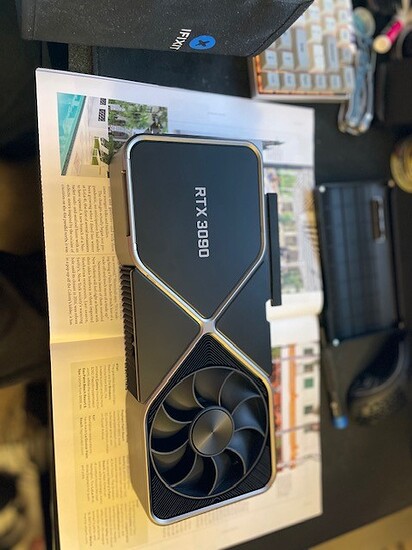 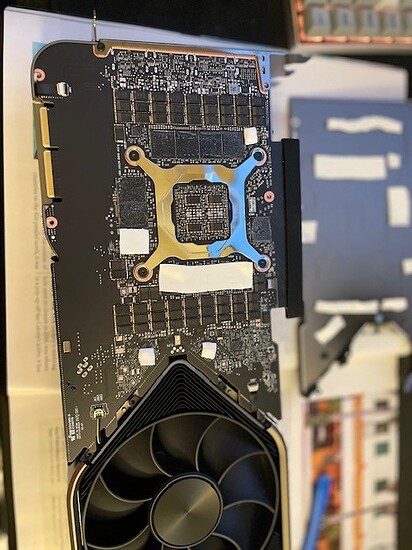 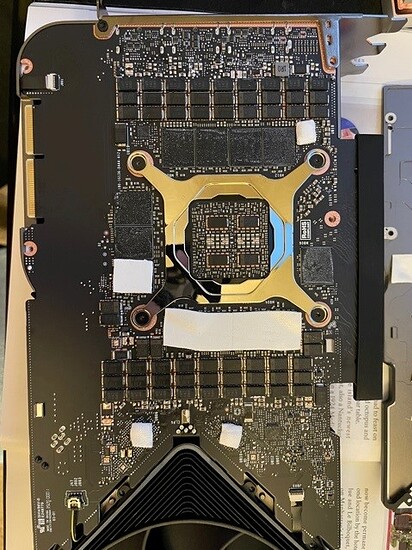 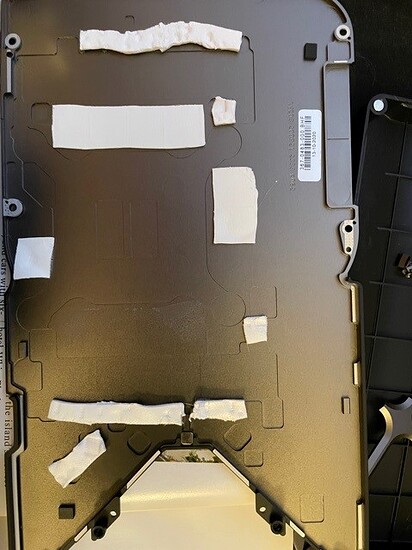 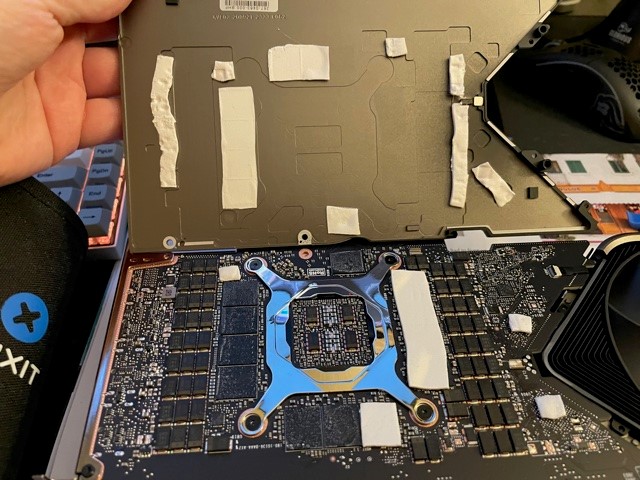 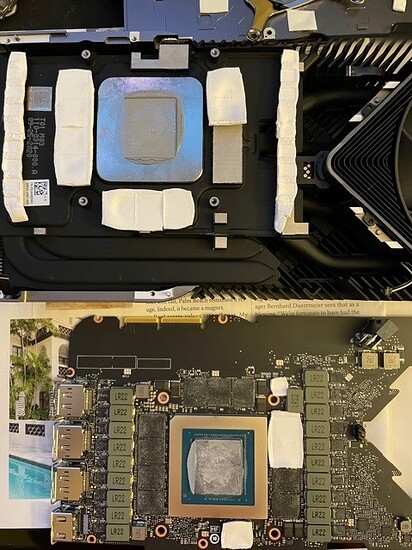 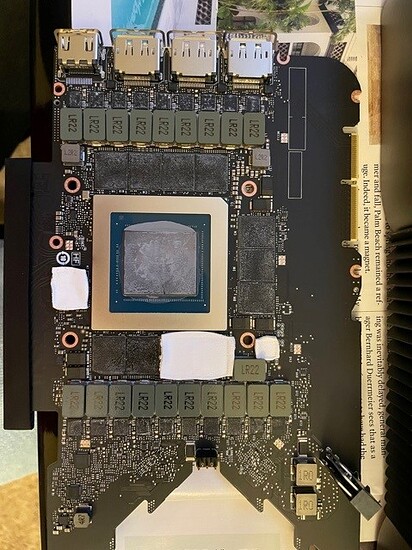 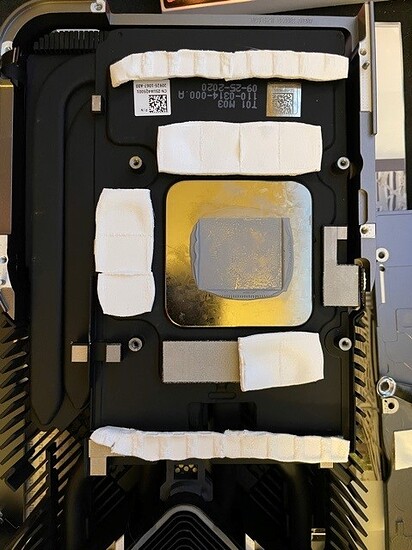 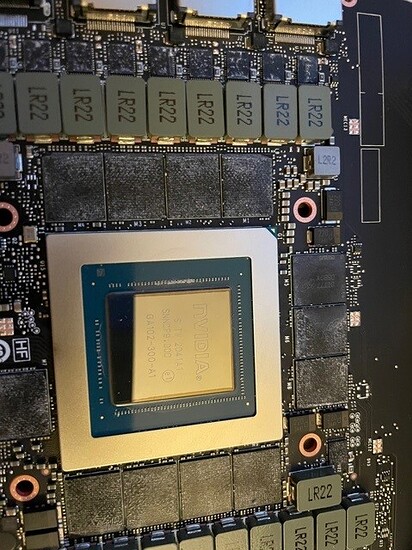 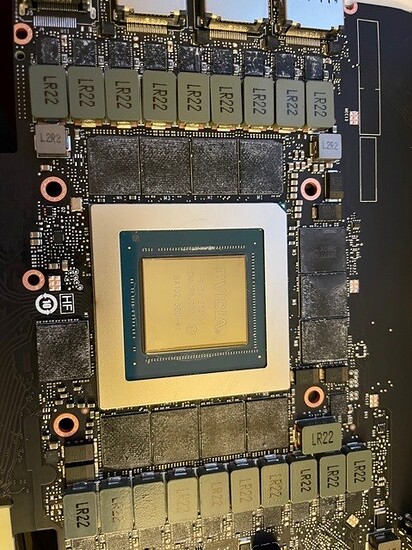 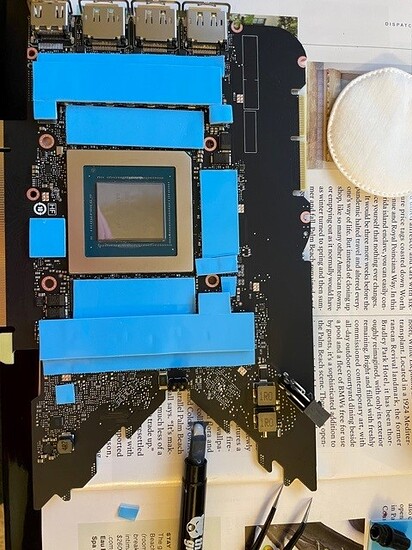 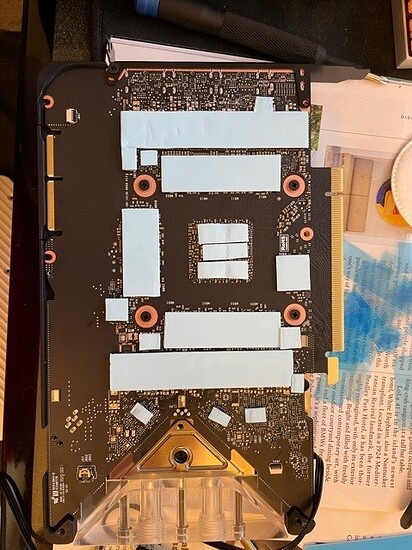 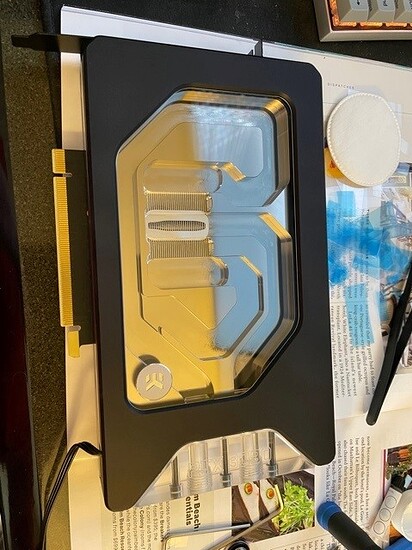 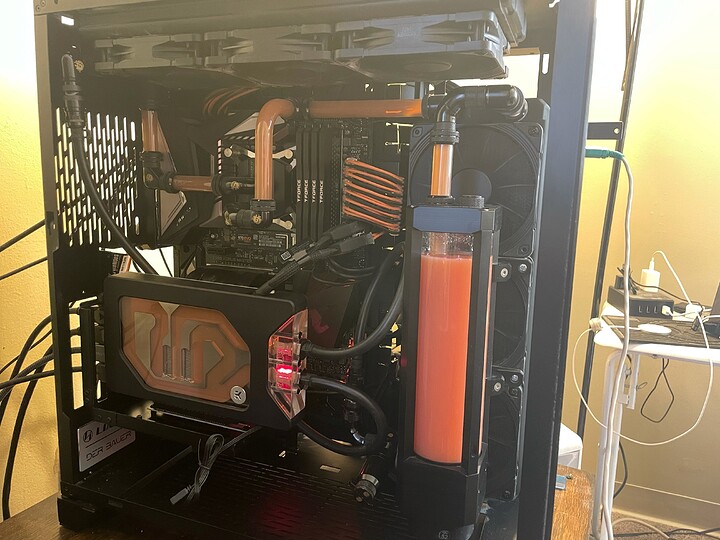 More pics later. (Not mine), but damn what a nice job.

Notice especially the Memory thermal pads before the new block. Some folks been seeing 105c regularly on their memory. Some not. There’s a reason!

also that coolant looks suspiciously like black tea or coffee with milk, must make the pc go faster

Yeah I think I’d be willing to scarface a testicle to get a shot at a 3090. The block is a great piece of engineering too.

@wendell I like the new pads, but id probably still measure and possibly get Fujipoly if I could in the right thicknesses. Its expensive but worth it to me. 11.7 to 17 kw/h pads make me feel better OCing the heck out of GPU ram.

I’m curious was there anything wrong with the Heatkiller block or why did you switch in the first place (or is that a different card)?

So I also had the super hot memory (105+ C) on my reference 3080. I pulled the cooler off and added thermal paste to the area between the heatspreader, and the cooler (basically in a circle around my GPU chip). That dropped my memory temps to almost 90.

I had one of the really early 3090s and ended up replacing my thermal pads with thicker arctic ones. And now the memory doesn’t go much past 90. If I run the fans a little harder the whole thing stays much more comfortable imho.

Evga’s water based one is the best one out of the box for best thermals… but its kinda cheating.

MSI has the best air cooler on the suprimx imho

That is a pretty Gucci block though.

Need to do a duel loop for a Repulsion Gel, Propulsion Gel themed build

I’m just waiting for EK to announce the Strix Active Backplate design before I bulk order all the parts for a build.

I’ll probably go Magnitude for the CPU block and Quantum fittings; still undecided if I want to stick to EK rads or use some 360 GTS ones

Before the madness begins

Notice especially the Memory thermal pads before the new block. Some folks been seeing 105c regularly on their memory. Some not. There’s a reason!

Some have seen 110C on theirs. Mine actually thermal-throttled before I put some thermal paste between radiator and the heatspreader.(around the processor)

Maybe the next generation of gpus the rest of us will be able to get… unless we feed the poachers and scum of the earth too much… then they will have the finances to do it all over again… yahoo. I know that the pandemic and semi conductor production limitations blah blah blah… but it is really upsetting for the average consumer. Can’t even get a last gen card without getting gouged either.
I have a few cards I’m not using I may put up here in the wts… just to give people a option. May only help one or two people, but I can do something.

Looking fancy. Anyone getting above 100c on the memory is mining crypto. I got back into mining with mine over the weekend. Only really to see how many doge I could make comparisons to 2013.