Once again it's Zombie-arose-from-the-grave-and-went-to-party-with-the-Skyfairy weekend and so true to traditional protocols let's turn our attention to Easter Eggs.

What are your favourite Easter Eggs, be they game, web, or other?

Here's a couple of mine:

Do a barrel roll?

Nah, I was referring to the easter egg in google.

and there's all the other Google ones like Pirate, Hacker, Pig Latin, etc

there's also the No Internet Connection mini game that can be accessed after hitting the spacebar on the following screen: 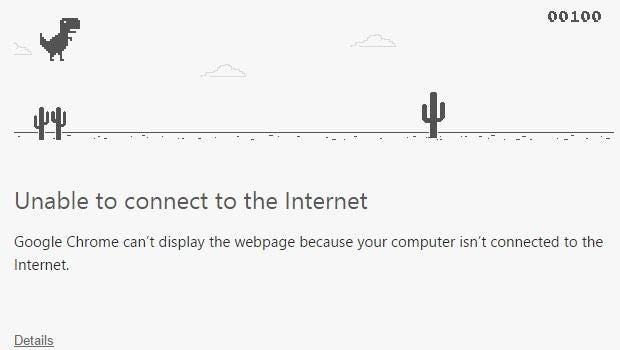 I was looking for a picture of a girl with an Easter egg bra on but this caught my eye.

Then I saw this and started laughing my ass off. 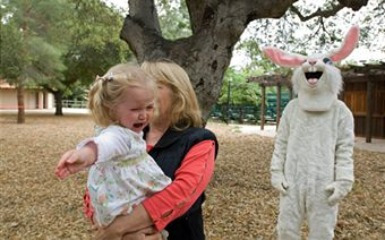 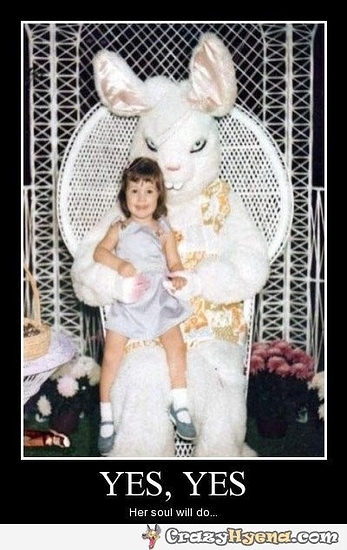 ROFL! ahahahahaha! This creepy rabbit stuff is a rich tapestry to quench the lulz.

Similar to apt-get moo, ILoveCandy in pacman is pretty good...

There used to be a site about all the stuff hidden on chips like this: 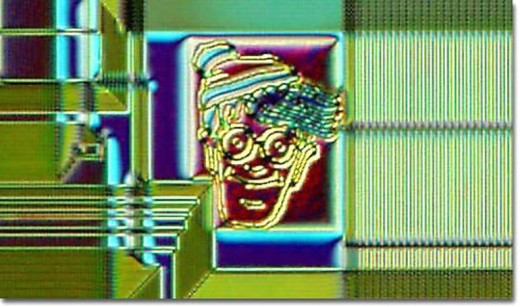 This site is pretty neat.
http://micro.magnet.fsu.edu/creatures/ Thanks! I hate when I do a clean install and then realize that I lost my bookmarks.

Anyone made any easter eggs, such as the image in my 1st post?

Years ago I put a 1200px² image of myself doing a thumbs up into a layout for a John Lee Hooker album, I resized the image down to be a period mark in some text, figured the output bureau would find it when checking over the resources before going to plate.

I know I've done a bunch more, but I just can't recall any others right now.

Sticker tagging is considered an easter egg? If hiding yourself in something counts I would like to think I leave Easter eggs in people's bains. (Wow I sound like a fucked up brain surgeon)

I love this commercial.

Not really, it was done just for fun. It's a bit better than a sticker though, it's a printed PVC ID card I made & wear at work. I made this one too & swap them out for chuckles: 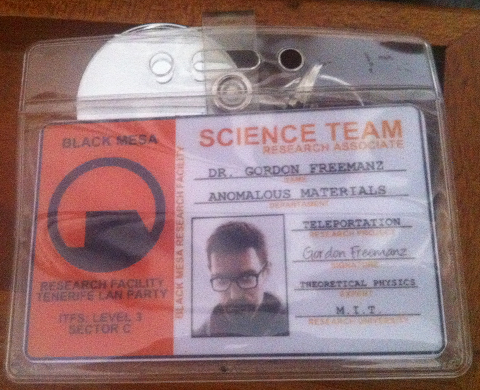 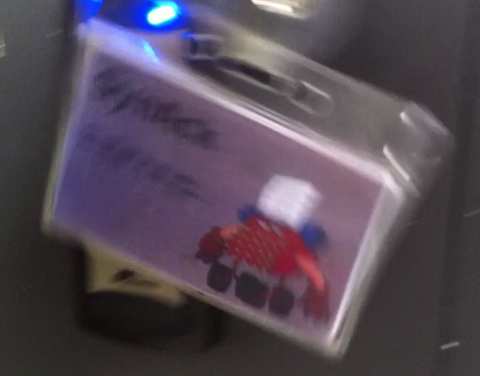