Does Linux work on chromebooks natively? Also, which distro?

I need a portable machine I’d like to use primarily for studying, and I come from a Windows-only background, so I’d like to learn Linux as well. Specifically, I’ve always been a GUI person - I consider myself fairly quick at generally navigating GUIs with a mouse and keyboard, so I’d like to switch it up and try a keyboard-only approach, and hopefully learn some CLI tools and commands along the way.

Here’s the software I would need:

Since my use cases are quite lightweight I’m looking for a super cheap laptop with decent battery life - hence the question about chromebooks. I know Chrome OS has a feature called Crostini or Linux (Beta) which is essentially a VM for running Linux, but I have no interest in Chrome OS so I would need to install Linux natively. If that is even possible, which distribution would be best for it (and the uses highlighted above) and how would I go about installing it?

No, please don’t. Been there tried to do that, failed miserably.

Doesn’t work that well, it’s buggy and might die eventually as a lot of big G’s projects.

If you want to hop into Linux buy a Linux-friendly laptop, but you’ll (almost) always lose battery life comparing to a windows laptop.

Can’t help you choosing a cheap and good laptop since my region almost doesn’t have any, but ppl in US might help you. But stay away from chromebooks if you need anything that isn’t web-based.

I really wouldn’t want to run not-chomeOS on a chrome book unless its specced really well. And even then it’d be an i3 or nvidia chip. Actually, chromeOS is based on gentoo. As such, google has made a linux app layer for chromeOS. Its been out for a while now, but its basically the snap store tacked on to the side of severely broken gentoo. You can install and run a lot of apps though.

That sucks to hear. I was hoping something like GalliumOS would work nicely.

Everything I need is web based except for the PDF reader and text editor. Well, maybe I might want node.js or some other framework at some point…

You may want to look at the Pinebook Pro. It is basically a Chromebook in terms of specs and price but for GNU/Linux rather then Chrome/Linux.

I cannot give it a full recommendation (yet) since there are still some software issues, but they are being actively worked on.

Y’know heres an idea. You could spend about 80 bucks on one of those laptop frames for SBC’s and get a RockPro 64. Then you’d get more firepower. Just get a good cooling solution down first.

my chromebook is nowadays used by my wife, but only very light stuff like web-browsing and studying, watching videos and stuff.

I tried using vscode on it and it kept dying on me, my model was a celeron 3060 with 4 gigs of ram and 32 gigs of flash memory, unless you’re going for a high spec’d one I’d advise against it

I think you’d compromise a lot of battery life even with something like Gallium, might be better trying to find another solution

The standard Pinebook looks great as well, but sadly they’re out of stock and I can’t find any regionally.

Building a laptop from an SBC sounds like a fun idea, however aside the fact that I would have no idea what I’d be doing, it might still be cheaper for me to get a used laptop in the area where I live (Bucharest). I’ll look into this though.

If you want a cheap laptop to mess around with, try the Pinebook Pro.

If you want it you could make a thread about it and people might help you out.

To expound on the pinebook pro, the default OS is Debian 9 with a custom kernel. So a lot of the software is 2015-16 versions. The kernel is not managed by apt so they have a script that downloads the latest release from github and dumps it on the file system, which is not ideal. The kernel is 4.4 so not bad compared to many ARM systems but also not ideal.

If you buy the ANSI keyboard version, the firmware update for it requires you to plug in a USB keyboard to run the second phase of the update. Also, you have to change the layout in software to US from UK.

If you want an up to date kernel, you could install the Manjaro image, but that has broken suspend and plays audio to both the headphone jack and the speakers.

None of these are totally gamebreakers, and they should be fixed at some point as there are people working on them.

Hardware wise, it is a great device, minus NVME support which has a couple of caveats. I am typing this on a pinebook pro.

Also, FYI they take a while to ship, mine took like 4 months to arrive.

I knew that the kernel was special because rockchips are special, but I didn’t realize it was that bad.

That’s the only issue I have with it. The rockchip cpus are absolute shit.

I mean you undo 8 screws, plug in 3 wires max, plop in your storage, and then you bang out your code or whatever lol

Any laptop frame in particular you were referring to? I can’t seem to find anything like that. The only things I could find are DIY projects which haven’t been completed yet (Novena, MNT Reform). I think the only way to do this would be to design a case myself and take it to a 3D print shop. Even then, there’s no way I can find an SBC, display, keyboard and battery pack combo for cheaper than something like a used thinkpad.

Update: I found a 14" Pinebook for ~$90 so I think I’ll get that for now and since it’s essentially an empty laptop frame with a build in-keyboard and trackpad (insides: with battery, without battery) maybe in the future I’ll try to play around with the idea of replacing/upgrading the SBC it uses.

maybe you should consider it even more y’know

No, please don’t. Been there tried to do that, failed miserably.

Seconded, especially given the OP is new to Linux.

Mrchromebox supports custom firmware, that can let you install GaliumOS on subset of Chromebooks. But these aren’t the cheaper Chromebooks out there, and it’s requires disassembly of the machine to disable the write-protect line.

Secondhand/refurb is an option. A three year old i3 or five year old i5 is still pretty decent, especially if you can get a new battery with/for it.

don’t bother with chromeos, I would recommend a cheap refurbished x1 carbon which can be had for around 300 dollars on ebay or amazon any day of the week.

Here is one on ebay right now for around 250: 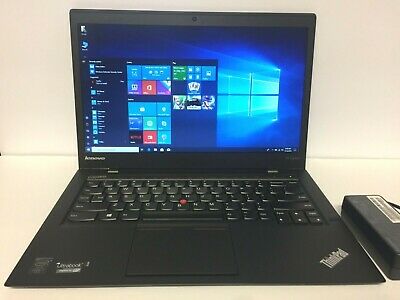 An item that has been used previously. Including Genuine Lenovo Power Adapter.

IMO you give a chrome book to a kid to destroy, not to a developer to cherish.