Recently I’ve been REALLY getting into Starsector. from Fractal Softworks. for 15 bucks with tons of mod support, it’s kinda a steal. Anyone else playing it?

I’ve not heard of this one before, but it looks like something I would like. Thanks for mentioning it!

sure thing. Unlike SOMEbody you left your message up.

I got involved with Starsector over 10 years ago, back when it was still called ‘Starfarer’ (they had to change the name to avoid potential legal issues). Totalbiscuit did a couple videos about it and that’s what clued me into the game.

It’s a great little game, it’s been a passion project of 1 developer [Alex] for many many years now. It’s actually really good, even when I picked it up during the alpha pre-sale it was pretty good back then too, and it’s only gotten better.

Starsector is not on any mainstream storefronts, you can only buy it directly from Fractal Softworks website https://fractalsoftworks.com/
It is currently 15 dollars I believe. A more than fair price for what it offers.

If you want more games like Starsector there are several that come to mind. The one that is the most fun I think is called Space Pirates and Zombies, (SPAZ) for short. They made a couple of them, both are enjoyable SPAZ is available on steam.

I have never heard of SPAZ. Looks cool.

been playing it since ssethtzeentachs video on it, its great but it feels very repetitive after a certain point end game post storyline needs some more work, but its still in active development and has such a small dev team that you really cant compare it to triple a titles i just wish he had the budget i know this could blow up and destroy and the competition.

excited to try out the star wars mods 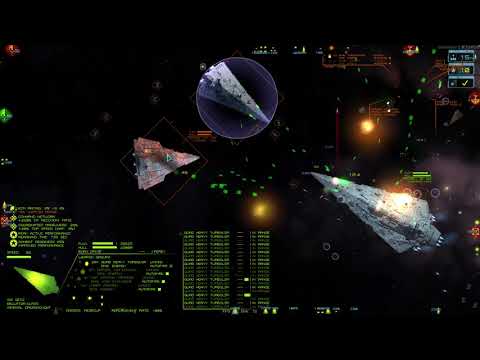 right now I’ve got the game minimized and am banking commission to go and start up my own colony, I’ve got loads of mods, but it’s mostly adding weapons and ship factions, any advice for a .95 Starsector colony? Every time I try and start one, I just find it’s a giant money pit. And it eats my supplies like it’s going out of style.

save up a ton of money first and get commissioned by one of the factions. then when you have a big chunk saved up and done a shit ton of scouting and found the perfect locations plural so you can have all your colonies clustered getting all the resources you need start it up and go for growth above all else loosing money. do everything you can to grow them while constantly building up as fast as you can so the security and resource needs will be self sufficient. you need a very large population to get enough building slots to get to the point where your economy and population can rival any faction then flip the switch stop encouraging growth in population start focusing on profits once you max or close enough to maxed the population bonuses. i highly suggest using lower quality ai to shorten the time and cost to getting there while bribing the right people to look the other way. even if it cost you a million credits every six months cutting the time you are loosing money in half is worth it as before you pimp out your star fortresses and planetary shields/guns you are going to need to stay close to home limiting how much money you can make. alpha cores will cause problems if you try to remove them so better safe then sorry. it only makes sense if you plan to colonize the universe past your governor cap and go to war eventually with the factions. also distance to civilization matters its better to have a 8/10 colony location close to civilization then a 10/10 at the corner of the map.

in short do a amazon and loose money left and right while you corner the market getting ready to become THE biggest economy.

edit: pro money strat get a few shipping and gas ships and modify them to max out storage and speed with no weapons to min the fleet speed debuff and max your storage capacity then get a ton of marines and go find a pirate base or luddic path base then dont destroy it, raid it with the marines to steal resources. one 1000 man marine raid can get you more resources then you would get for the bounty and you can do it again in 24 hours. camp the base raiding it over and over you can pull in a million or more on some bases in fuel and supplies and drugs and whatever else they have. and the best part is those two factions will constantly get bounties on their heads telling you where the bases are, will respawn endlessly, give you no negative opinion with any other faction, and you can destroy the base when you done and still collect the bounty.

I was initially going to overlook SPAZ because honestly it’s a goofy name and premise, but something made me go ahead and pirate it (lol) and trying it out. Glad I did because it became one of my favorite games (now legally bought). Really solid action game, reminiscent of Star control’s ship fights.

It is also moddable with a package available here: http://minmax-games.com/SpacePiratesAndZombies/ModDirectory/SPAZ_Mod_Package_2.0.zip

10 years ago it had a relatively big modding community on it’s forums, but that died when the forum database got corrupted so the devs finally just ended them for an old game.

And since I’m here, I may as well recommend Starcom: Nexus, which I am also glad I took a second look at when it was on sale.

The ships are all modular from technology you acquire, and built as you wish with various restrictions and benefits. Ultimately this kind of game mechanic always results in larger being better and certain layouts being vastly superior, but it’s fun to fiddle around to figure that out. However unlike SPAZ, arcade action combat isn’t the only thing you really do.

In this game you actually explore and discover things, both relevant and irrelevant to the primary plot which you actually have some stake in. It is fairly text heavy (each interaction short, but there are a LOT of them), which I enjoyed. Basically video and screenshots can’t really do a good job of capturing how the game feels. Imagine the Star Trek game you always wanted that actually did a good job of exploration and feeling like an episode of TOS (without the crew) rather than just being shooty-shooty-war-war. Well I think this is as good a realization of that as anyone could be expected to make.

Well maybe I should rename this to “What indie games do you like”? Anyways, lets go in that direction.