Does anyone have any experience with a MikroTik switch w/ 10gbe uplink?

I found this MikroTik CRS210-8G-2S+IN Cloud Router Switch when I was on Amazon earlier. It's the cheapest switch I've seen with 2 SFP+ 10gbe uplinks. I haven't found any reviews on it. I looked the specs up also. The only other switch I've seen with 10gbe uplink that's close to this price is the D-Link DSG-1510-20 that's about $345.00 on Amazon right now. Does anyone have any experience using this particular switch or other products from RouterBoard that run their RouterOS?

funny that they put 10gbe nics on it. Those won't route even 1 gbps.

I actually gave this little switch a shot since it was on Amazon and I knew that I could return it if it didn't work out. So far it's been working quite well. The RouterOS software that comes pre-installed is quite robust and I was surprised at all it's features. I haven't tested most of them since I have a pfsense box that handles all my routing/firewall needs though. I get full gigabit speeds on the RJ45 ports but I can't test to see if I'm getting the full 10g speed on the SPF+ uplink, unfortunately. I only have one machine with a 10g nic and that's my FreeNAS box but none of the current disc arrays could come close to saturating a 10gb link yet.

can you run iperf on it?

I have extensive experience with the Mikrotik Cloud Core series in a service provider environment (network design, deployment, and support), the software is very powerful and hardware seems to hold up.

We typically used the higher end versions, but were able to accomplish a lot with them.

Quick glance at the specs, and like Hakker above mentioned it will not route 1gbps, it will switch 1gbps. So you can expect to do layer 2 over the SFP+ ports but not layer 3. The SFP+ ports on the models I used supported a wide range of transceivers as well.

If you need help setting this up let me know, I'll be happy to assist.

They also offer x86 licenses if you want to build your own machine.

I'm using this as a switch only in combination with a home built pfsense box with a pentium G3220 dual core cpu as a router but it seems to work well for that purpose. It does get a tad warm to the touch since it's passively cooled. I'm using a Chelsio transceiver and Chelsio S310E-SR single port fixed optics card in my FreeNAS. FreeNAS has excellent compatibility with Chelsio hardware and they can be had for next to nothing on eBay. I got the transceiver for $29 and the 10gb card for $39.

I haven't really played with any of the advanced features in the RouterOS software yet. I setup the remote gui access and that's about it. I might delve into it a little deeper in between some of my other projects but right now it's working fine right out of the box. I may try to run iperf from my FreeNAS box as @Dexter_Kane suggested. If I have any configuration questions, I'll be sure to keep you in mind. Thanks for the offer.

To give you an idea the Mikrotik RB2011 router stalls at 300 mbit/s when it come to routing (switching speed is ofcourse higher) and that isn't with a big ruleset. If you internet stays under it then sure go for it RouterOS is a good piece of software It's just so you get an idea what the limitations are. I don't know how the CRS line fares in terms of routing speed though.

Hmmm.
I may pick something like this up so that my NAS and My Main Computer can switch at 10Gb...
Would also love to see iperf numbers! Does it come with rackmount ears?
Nick

This does come with rack mount ears. They are pictured on the product page. I ran iperf between my desktop and FreeNAS through the switch. 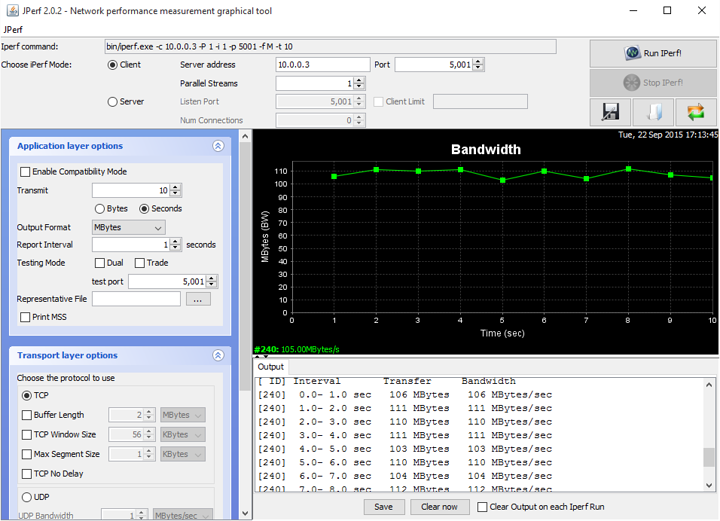 Hmm looks fine for the 1Gb ports...have u tested performance between the two 10Gb ports
Also did you need a power adapter to adapt EU to US or did it come with a US plug?

I ordered mine from Amazon and it came with a US plug. I don't have another system with a 10g nic right now so I can't test the trough put on the 2 10g ports, unfortunately. I went with this setup so I could increase the bandwidth for my freenas without having to using link aggregation. Link aggregation introduced a lot of latency when I tried using it with a netgear prosafe switch.

I just bought the CRS226-24G-2S+RM, which is basically the same hardware. I only picked it up because to get all those extra ports it cost me 60 bucks and I got an lcd screen which will properly show on my rack.
To connect this to my server and my PC I picked up a pair of Mellanox Connect-x2 adapters on eBay for 35 bucks. You can get single ones for 18 bucks. If you pick up these adapters just a word of warning afaik they don't have FreeBSD support so no freenas on those.

I don't have any more money until I get paid in two weeks, and will update you guys on the experience once I get a couple direct attach SFP+ cables.

I will be updating this soon with my testing results