Does the ASRock DeskMini X300 support ECC memory? Has anyone tried? I have a Ryzen 7 PRO 4750G CPU which supposedly supports ECC, and 2x 32GB DDR4 ECC SODIMMs 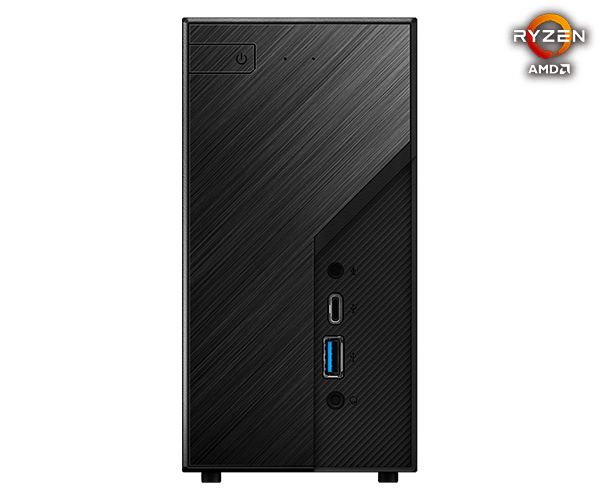 The reason I’m asking is ASRock generally has good ECC support on their motherboards. I haven’t found anyone actually trying it, though.

@wendell, I saw your video on the X300 and 4750G, and you mentioned potential ECC support. Have you had the time and/or opportunity to test ECC support?

It would’ve been more explicit - just seeing one listing of an ECC’d SODIMM model, would’ve been fighting chance, for additional supported models… Also the manual says non-ECC --> Unless it could become a perk, via a firmware upgrade?

@kosmon Hi, I just tried a Samsung 32GB ECC SO-DIMM memory (M474A4G43MB1-CTD) in X300 with AMD Ryzen 5 PRO 4650G, and it doesn’t even POST, just starts the fan. Normal Kingston memory (both single-channel 32GB and dual-channel 2x32GB) works just fine. This is interesting, since my ThinkPad A485 works well with both modules (although it doesn’t report working ECC). By my opinion, there are missing traces on X300 motherboard, which is a shame. So you have to wait for iBOX-V2000M/V (Ryzen Embedded), or buy a mITX board with UDIMMs (e.g. A520M-ITX/ac), or that super-expensive server X570D4I-2T (if you want to make use of both CPU and ECC SO-DIMMs).

Asrock support are usually extremely willing to go out of their way for customers, so could be worth emailing them.

I’ve had a beta bios build sent over a couple of days after requesting a fix before, so they might be able to address it, if it’s an easy fix.

By the way, I just tried another processor, which doesn’t support ECC (Athlon 200GE) in DeskMini X300, and both the Kingston non-ECC and the Samsung ECC memory work (obviously in the non-ECC mode)! Then I double checked the above test: I didn’t touch the ECC RAM, just changed the processor to 4650G, and the system again won’t start (power LED doesn’t light up, just the fan starts). I also tried to switch the slot.

This is actually what I expected if the connections for ECC (8 bits in addition to 64-bit DDR4 channel) are missing on the board. So, most probably, a BIOS update cannot solve this (unless there is some weird error in BIOS, instead of missing traces).

This result also gives me some hope that ECC is really working in my ThinkPad A485 even without reporting it. Well, to really test it, I would need to touch the data pins with a grounded needle while running the system, which I’m not daring to do on such expensive components.

on the pro version of the 4000 apus there is a bios setting that bricks the bios while using that CPU, don’t remember which one, I think @wendell knows