I'm thinking of buying some new hardware this summer. I currently have a shitty (color wise) AOC 2460PQU monitor and i really want better contrast and color accuracy. I'm really into the ultra-wide thing and i think it seems awesome but i have some issues trying to find out which monitor to buy. Where i live these monitors are 890 USD at there cheapest. I'm trying not to surpass the 1000$ mark because i think i have to get a new gpu too as well.

My main focus using an ultra-wide monitor will be programming, writing school reports, movies/series.
Secondary will be gaming, mostly battlefield 1 / 4 and some cs go. I'm in no way a pro gamer and therefore are not high refresh rates my main concern. With the two listed models in the topic which of these would you guys choose?

The Dell seems to have pretty severe BLB while the Samsung doesn't feature as good viewing angles but much greater contrast. The Dell monitor seems to OC to around 80 Hz while the Samsung is stuck at 60 Hz.
There are definitely some pros and cons for both monitors but with my use case which monitor would be most suitable to me?

Tons of questions once again, hope you guys can bring some clarity into my struggle!

I had the Samsung S34E790C and it was pretty cool having the curved ultrawide, but I'm not sure if it was the monitor, me, or what, but some things looked washed out; I could never get the right calibration for my liking. Keep in mind too that I bought it on sale for $580 so maybe it was defective to begin with.

With the negatives out of the way, here are some positives: The subtly curved VA panel was really awesome. I'm not going to use the 'immersive' descriptor that everyone seems to use with curved monitors, but it did feel like I was a part of the action. No back-light bleed was really nice and blacks were nice and dark. Response time was good, but I'm not a critical judge of such things. I liked the experience I had while playing Elite Dangerous, so there's that. :-P

Here's one of the last pictures I took of the Sammy, as I wound up selling it for a 43" 4K monitor- 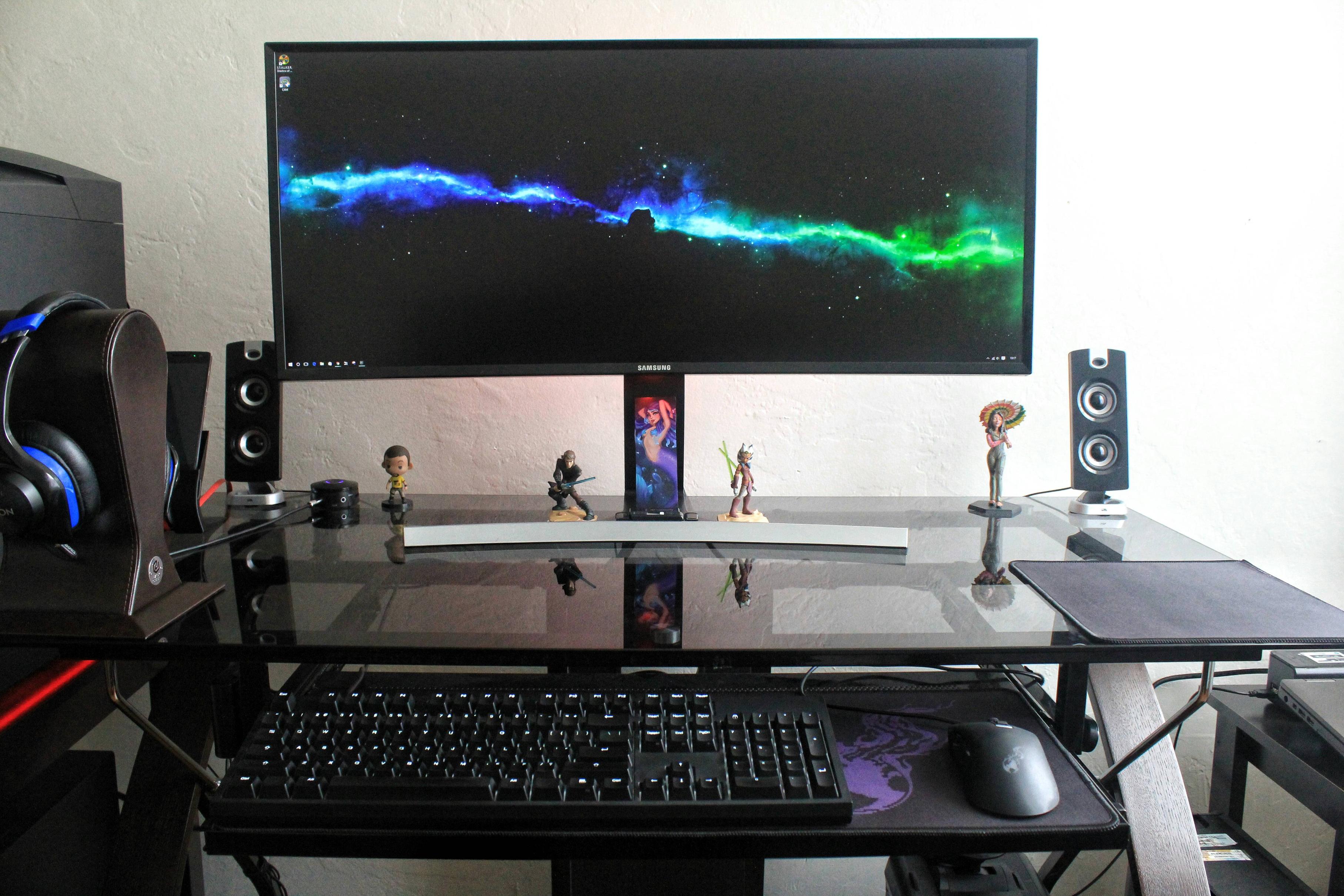 Thnx for your response!

I have read similar things about the Samsung panel before so perhaps the Dell monitor would be a better choice even though i sacrifice some contrast.

What format do you like the most, 4K or 3440*1440? I have been looking on both, but 4k seems to require a real beast of a computer. What were the specs of the computer you used to play Elite Dangerous on? 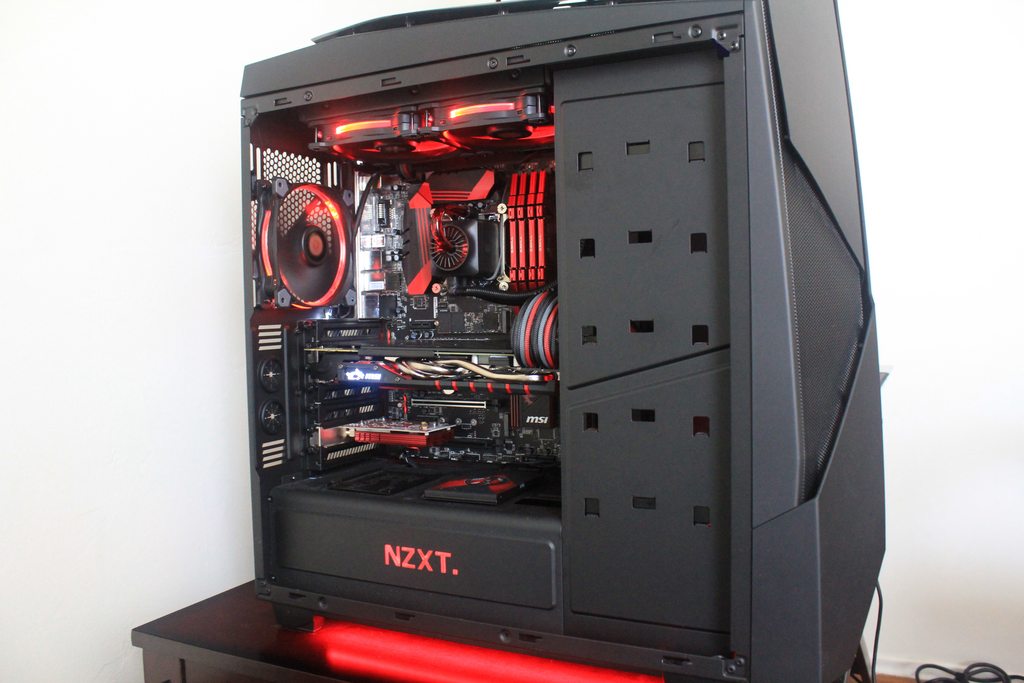 Did your 980ti max the games you played? Perhaps a 1070 would be sufficient to power an ultrawide?

The 980Ti had no problems with the games that I did play on the Ultrawide.

A random thought here, but I'd probably still have an ultrawide if it were an IPS panel model.