So I have a Dell R620 that I was going to sell, but I have since decided I need a 20 core compute node so I am keeping it. In order to take advantage of the hardware, I am leaving the cpus alone, putting the 4 core I have back in my desktop, and I am going to… do my best to make do, as long as my idea works.

I have 2 used dell drives that could actually just be dead, but this thing needs the drive to say dell on it. I was going to use them for a network cache as I don’t want to depend on them for boot. I noticed it has inner USB slots for boot, and even an MSata slot, so I have options. But, I also have a NVMe drive.

I wanted to make sure this would work, but I want to install an OS to the USB drive, have the boot files be on the USB and the rest be on the NVMe, and then if I need HDD storage I have it in front. Will this ignore the dell HDD license scam?

this thing needs the drive to say dell on it.

It’s been several years since Dell servers required Dell firmware on the hard drives. If you’re having that problem, you must have a very old version of the firmware on the RAID controller, and need to update it.

The Rx20s are old enough they won’t support 4Kn drives, but any 512b sector drives should work. They also won’t pass TRIM commands through to SSDs.

Ditch the RAID card and throw an HBA in there!

In a system that has 4 microHDD slots? No, I have an NVME reiser, I just wannna know if it’ll work

Definitely check out firmware updates, I have tower servers from the same-ish era (T320) and mine do work with third party disks. If the controller is flashed with IR firmware it does put a “Non-Critical” status on HGST disks, but so far no issues for years.

You can download ISO from Dell that will update all firmware on your server. 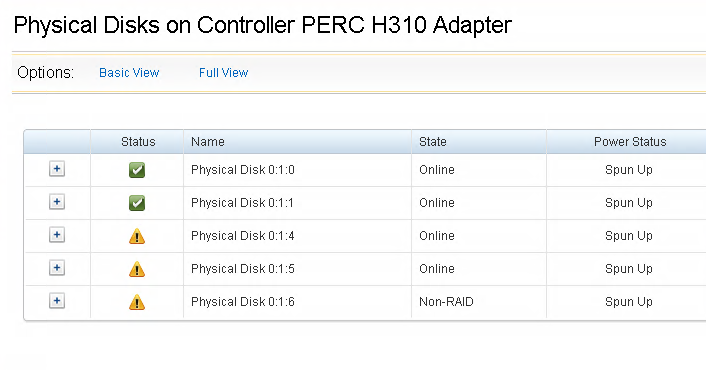