Dell Inspiration 1500 ( No drive Detected and not Charging )

I have a Dell Inspirion 15 ( 3000 series ) but it isn't detecting my first HDD crashed so I replaced it with another of the same model and exact type and the one before but when I tried installing Windows 10, there were no drives to choose to install it in. I immediately rebooted and went into the BIOS to see if it was detected there and it wasn't. I took the new drive I bought and plugged it into my desktop PC and it was infant working properly so I reseated it into the laptop and still no detected.

My suspicions are the SATA port is damaged or for some reason the BIOS is not detecting it at all.

PS : You cannot install the newer BIOS on this unless it's through dells software via Booting into a Windows Operating system I believe. I tried already.

So I then bough an external USB to SATA connector and the drive did show up but due to my lack of knowledge I wasn't aware that you cannot install Windows 10 this way. It gave an error saying that it cannot be installed.

So I then tried to install Linux mint 18.2 sonya ( beta ) into it to just see if that would work and it did perfectly.Everything was up and running but the only problem with this was the laptop is not mine and the user of it uses Windows 10 and software that is exclusive to windows only, I just did this to test it.

So my only other option would be to replace the CD drive bay with a HDD caddy but I'm not sure if you'd be able to install a Windows onto the drive even if you used a caddy but I know that it's a SATA port and it should be able to right? Because the error message above said it's not supported in USB or IEEE but this is SATA port so would anyone know if this method would work? 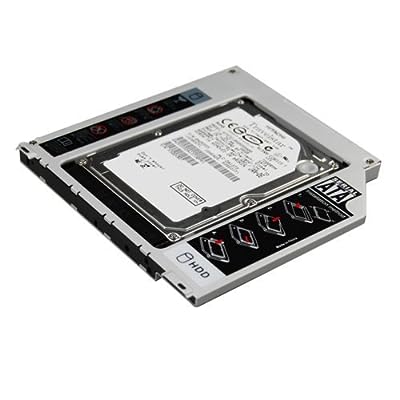 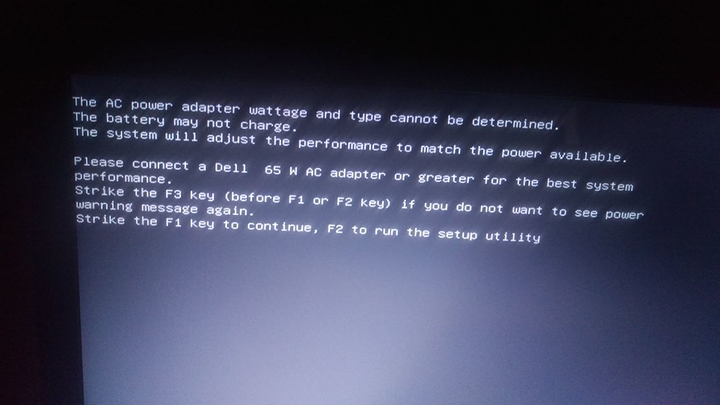 Sorry for the poor quality picture.

If anyone knows how to fix or had these problems before. Let me know, maybe we can figure it out together.

I also contacted DELL directly. They were useless. I saved the conversation between them and I so if anyone is interested in seeing that. Let me know as well.

I also posted this problem 11 days ago on the forums an I'm not sure how to delete that old post. I just reposted this because I did a lot of testing and trying and wanted to show the community my new findings on this topic.

This will work, SATA is SATA. It will be recognized as a drive mount point.

For your second error, either the batter is refusing to charge, or the adapter has malfunctioned and is no longer usable.

If you take the battery out and connect computer directly to charger does it work?

If it does, then its just the batter, if it doesn't then its the charger.

A new one will land you anywhere from $50-$75. And make sure you get the right charger; one that outputs the correct wattage.

I'm not sure how to delete that old post

You can't delete posts. Only have then locked by a mod. Sorry no one got to you in a timely manner. Forum is currently under siege with dumb etherium posts.

The battery sounds beyond the point of usefulness; they do degrade over time. Most Li-Ion batteries have an estimated life span of about two years. I would recommend getting a new one. If after replacing with a new battery, the system still doesn't charge the battery, then it means that the connection of the battery to the power delivery systems would be at fault. Just be sure to keep this in mind if this happens to you.

I have to report that the hard drive caddy does not work. The computer does not detect this one as well