Well we've all seen how this program turned out over in the UK but I'm glad we're going down the exact same path here. In the article linked below you'll find a full page of facepalmy goodness direct from our supreme overlord, Darth Abbott. I just wonder how long it will take for the white-list to be enacted. Begin nerd rage, I know I have .
http://www.smh.com.au/federal-politics/political-news/george-brandis-signals-government-crackdown-on-online-piracy-20140214-32q62.html 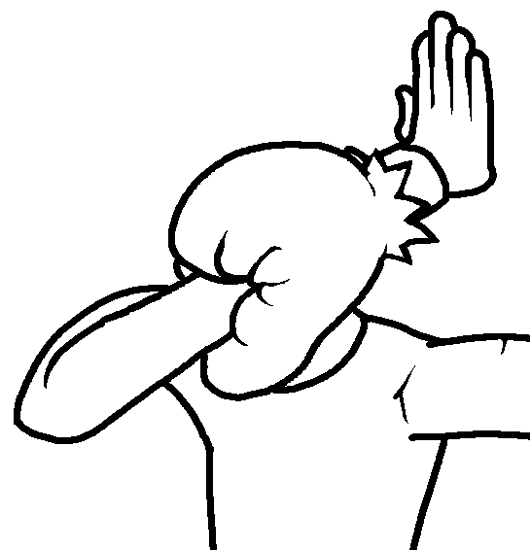 Cody puts his head through the monitor.

As a few people in the lounge knows, I had a run in with my Australian ISP, Telstra. Boy can I not only vouch that this will happen but state its already happening.

I had my wonderful ISP block this site just the other day. For "Legal" reasons. And well, What can we do? This country is now a dictatorship. More than half the population believes the crap spouted by Darth Abbott. Indonesia has banned all Australian flags, The country now supports Israel and there are "rumors" of people just vanishing. Just like the states of America have.

I have personally decided its best to get out while I still can. Leaving next month. Maybe other people should think about that too. The economy really is going down hill now.

back to NZ? as much as I don't like a lot of the stuff that's going down here in Aus, it's still a great place to live, the only place I would consider better are some of the nordic countries, but I don't think I could hack the climate or language barriers there.

A country is only as great as its government and while the NZ government isnt so great like this rule in the 3 strikes law. "Allegations of copyright infringement made against you (the account holder) by the copyright owner are presumed to be correct unless you give evidence or reasons why you aren’t guilty."

Talk about guilty until proven innocent?

But I do not want to be part of a country that has decided to wage war on the east.

I liked my time in the country but when corporations come first, The peoples needs and freedom comes last, I cant stay there. I dont care how good a country is, I dont want to live in a country where you do not have human rights just because someone wants to fill their pockets with gold. Oh and remember, Climate change does not exist anymore. Abbott fixed it.

When the police come knocking on someones door, I would like to know that that person can defend them self. Because who knows. It could be you. Seeing as everyone has a different idea on whats right and wrong.

Just sent that senator a nice letter, I'm sure he will enjoy reading into my slice of delightful insight. heh heh