Was just talking PCs with a dude at work and this subject came up.

When are we going to get DDR5 motherboards?

Does anyone know when this is going to be a thing (roughly)?

Searching on the topic finds some news articles from H1 2017 saying it will be out the end of 2018. This clearly now seems like pissing in the wind speculation.

2021 at the earliest for AMD, based on when AM4 is no longer the primary socket for mainstream ryzen

That or 2020 is probably a good estimate.

Didn’t some company claim they had a working DDR5 sample?

Yeah not for a while till they are actually you know… Existing.

Intel will be the first mainstream thing with them. Probably make another 12 market segments fjust for it. Then AMD will bring it to the masses.

We have them already technically. They’re in server space atm.

Link please. They should be able to be bought then. I have not seen anything beyond, we have a working sample.

I don’t think they are.

That doesn’t mean am4 will be the flagship until then, though; only that it’s supported, correct?

Pretty sure theres something in power?

16GB per chip?
so our new mainboards will have these as RAM slots? 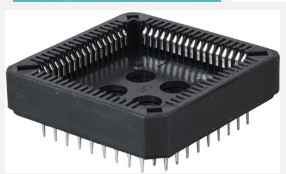 DDR5 will be the next step in DDR5 memory tech, again bringing increased transfer speeds over the previous JEDEC (the standards body responsible for the DDR specifications) specification. The new memory technology will also bring the customary...

Looks like we’ll see DDR5 on the next generation of POWER, from HPCWire:

That’s when they also plan to add PCIe 5; although with IBM’s talk of replacing their memory-buffering system with OpenCAPI, who knows what that arrangement will look like.

Maybe we will see less direct-attached DDR_ memory in the future?