Being a new owner of the X570 I Aorus Pro Wifi, I was curious why the BIOS voltage for DRAM of 1.35V would result in 1.4V at the DIMM… A clue came when someone mentioned on their X570 Gigabyte board that the voltage increases further under load.

This means the stock LLC setting is set beyond extreme, so instead of drooping the voltage, it increases the voltage with load. 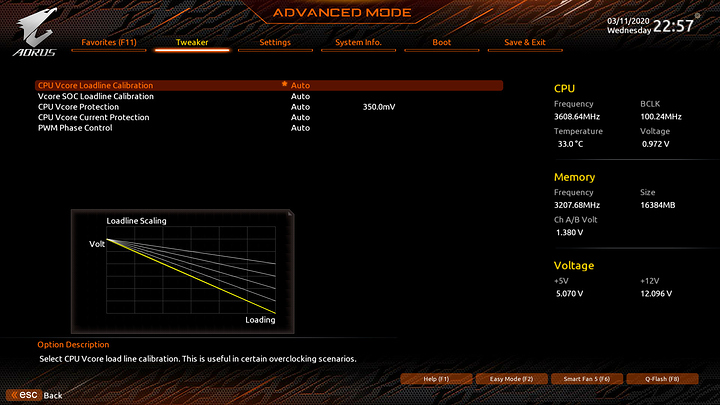 Not present at all… When the voltage is being boosted under load, the first thing you need to do is change the LLC setting. Gigabyte in their wisdom have removed this option from the BIOS, meaning sticks could be getting as much as 0.05V extra voltage, increasing heat.

@wendell, you mind bringing this up with your Gigabyte contacts? A lackluster CPU/VRM settings page (No ability to change PWM switching frequency at all. Phase control only modifies if phases are all on or selectively off.) is passable, but not being able to change memory voltage LLC when it’s broken by aggressive LLC settings on a BIOS release (emphasizing that you don’t have the ability to modify DRAM LLC at all) is pretty bad… For more voltage sensitive sticks, it could mean the difference between life and death.

Can you also verify with DMM readings what it actually should be?

Edit: If your XMP voltage is supposed to be 1.35v, you actually need to set 1.32v on the X570 I Aorus Pro WiFi to not overvoltage and dump heat. If you’re uncomfortable with the high BCLK, the equivalent to 1.36v is 1.33v.

Where are you reading the sensor that’s showing that voltage?

I’ve got zero faith in 500 series sensors being accurate.

The problem here is compounded by the fact the BCLK is 100.4Mhz with no ability to tune it below 100mhz in the BIOS. On less featured Gigabyte X570 boards, there’s also no secondary clockgen to fine tune the BCLK at all. You’re stuck with 100.2mhz or 100.4mhz.

On boards without a secondary clockgen, you can only adjust in 1Mhz increments, not 0.01Mhz increments like Intel Gigabyte boards that were good in the past.

The llc is probably configured to not droop 4 dimms to instability.

I agree that a tuning option would probably be helpful.

I have a feeling the high BCLK and the wrong Memory LLC settings is the reason why even QVL memory sticks might not even be stable.

Oh is that an itx?

That’s an odd configuration then. Sounds like gigabyte fucked something up.

Definitely when it comes to Memory LLC settings on this board. It’s why if it’s user accessible it can be corrected by the user.

Plus, personally 100.4mhz BCLK is just too high.

Fwiw, my brother just got a b550 gigabyte board and it’s not effected by those issues. I think it’s the aorus pro.

But still, this thread is about how that feature should be exposed in Gigabyte BIOS for diagnostics. Older Gigabyte BIOSes of X79 era had this setting, but being overly confident about it to remove the feature prevents end users from diagnosing that as a potential issue.

A lot can change in 10 years

It seems like the the Memory Voltage is being read higher than it actually is, so I wouldn’t count it on at all. (This is a problem with a lot of Gigabyte boards as it seems)

Another thing to note is the missing features could potentially be a result of having either XMP enabled or you’re using a Beta BIOS.

The manual does not have any mention of a RAM voltage LLC setting, and that screenshot was from Anandtech and a supposed release BIOS.

It seems like the option is there as I was looking in a few places and in this reddit thread, the user specifically mentions having the same MOBO mentioned in this thread and took a little picture, I’m a bit more annoyed it was cropped as it makes it hard to verify, but it is the best I got without actually owning the thing. 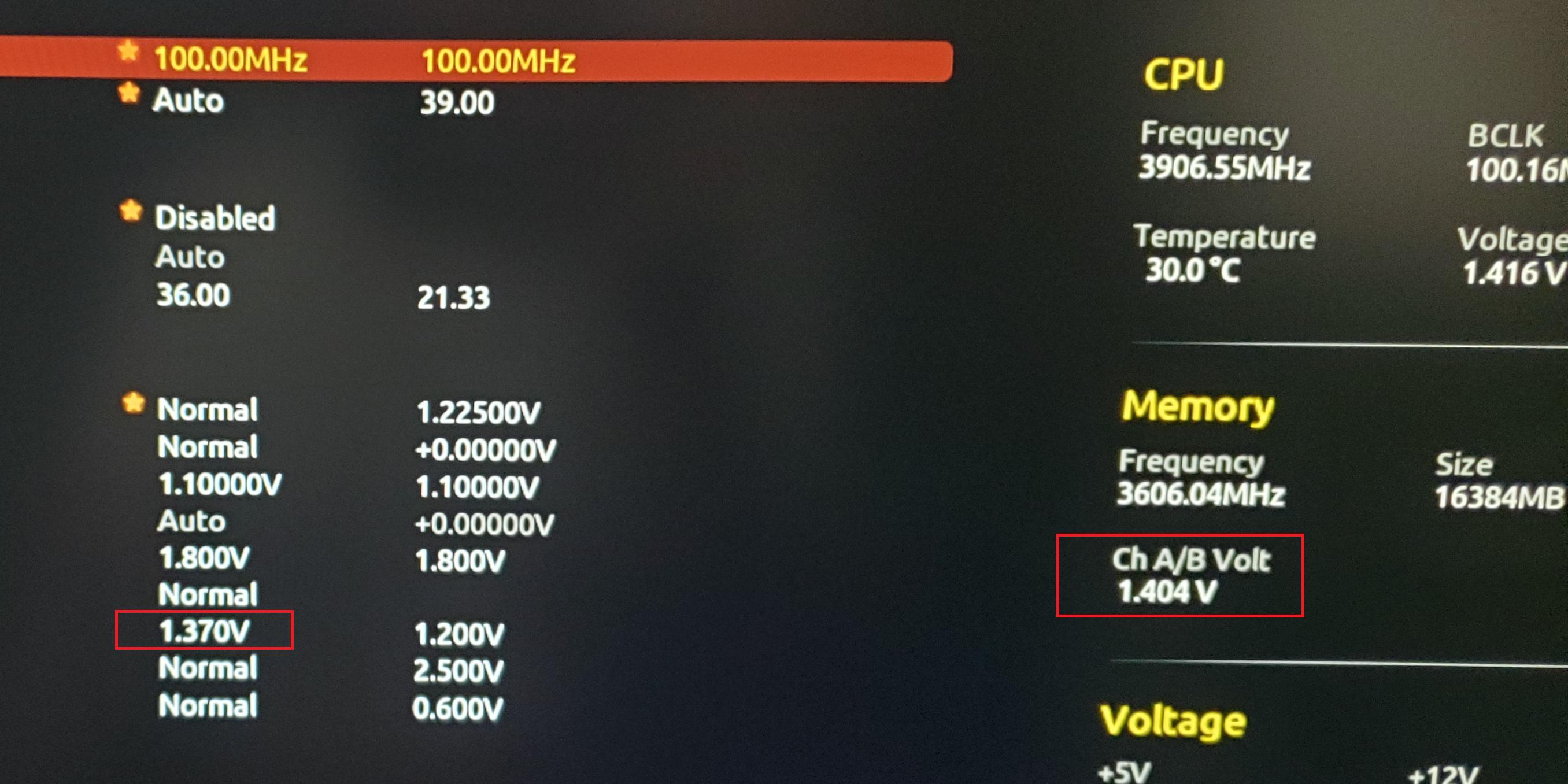 EDIT: An it seems further research points to you being right with the missing DRAM LLC option.

It’s why I would love DMM verification across the entire Gigabyte X570 and B550 lineup. If higher than normal voltage readings is the norm, what’s set vs get voltages for RAM as verified by multimeter?

It reads higher, but it likely isn’t accurate, as it seems common just by a quick google search.

Any Multimeter verifications? That would be pretty solid proof of the offset.

Not that I can find, since that is not something people would look at on a regular basis.

I went in not trusting the XMP profile memory voltage once I saw exactly the issue as described by the picture you found from a Reddit thread. I did verification of stability and it seems BIOS 1.32v for heavy load gets around 1.35V stable, and BIOS 1.33v for idle gets 1.35V stable.