alright so let me just get some preliminary info out of the way.

should cover everything needed besides backstory. but that isnt so much the necessary part. my question is how much grease is supposed to be put in a CV joint? my ranger uses one for the front driveshaft at the transfer case. i recently put a new joint on it after the original one went out at the end of february. and yes, i have been running around with the truck still, just not with a front drive shaft. when i put the joint on i used all the grease that comes with the joint kit thinking thats what im supposed to do. HOWEVER after a 25 mile highway drive (65-80 mph) i looked under to make sure it was holding up nice etc and there is tons of grease spattered all over the skid plate, the heat shield, and the front of the transfer case.

so did i put to much grease in the CV joint? and if so what should i look at to make sure the joint is still usable? there hasnt been any vibration so i assume that means the joint still has at least some grease in it

There should be a boot covering it… can you take a picture of it?

so did i put to much grease in the CV joint?

and if so what should i look at to make sure the joint is still usable?

If the boot is undamaged your joint is fine.

If the grease came out then it had to have gotten past the boot somewhere. Do you have the special tool for the metal strap (assuming it came with one) to cinch it down properly? Like mentioned above, the joint is probably fine but you will need to use the right grease and install the boot so it doesn’t leak again. If it didn’t leak past one of the ends then inspect the boot carefully to find where it came out.

From what I understand on FWD CV’s, the grease is different on either end and neither is regular wheel bearing grease, so you might want to look up what the appropriate grease is for your application.

if the boot has disconnected from the flange then this can occur. 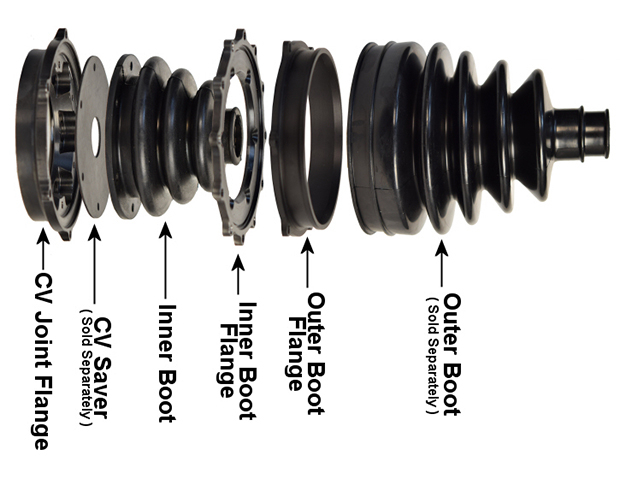 Inspect if any of these parts are worn.

There should be a boot covering it… can you take a picture of it?

Yes I can give me a bit to get some more sunlight outside.

rom what I understand on FWD CV’s,

its not quite a FWD CV joint. this is the kit that i bought replacing the joint. and the grease i used in it was the grease that came in the joint kit. 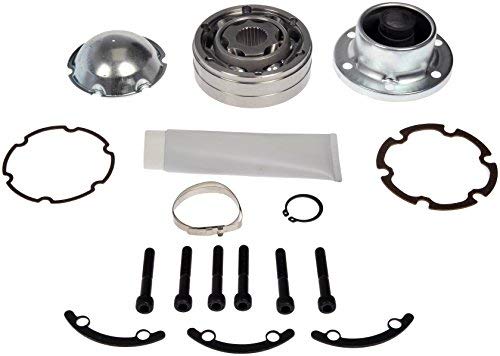 if the boot has disconnected from the flange then this can occur.

i will have to look at that. the boot and outer flange were shipped as one unit in the kit that i bought. starting to wonder though if its a badly designed boot from dorman. may try a different brand kit with a boot design that was like the factory one.

Do you have the special tool for the metal strap (assuming it came with one) to cinch it down properly?

no i dont. i just used a pair of vice grips, pulled it tight, wrapped around, and folded it back over.

oof today was rough one…

so i went out to check the fluid levels again just for sanity sake. and i quickly realized i put the transmission fluid in the engine oil. so all the stuff i thought was grease under their was actually fluid (whether oil or trans fluid) coming out of the crankcase vent tube and blowing all over the underbody. i drained the engine oil out and changed the filter today. so hopefully the 50 miles that got put on it like that didnt do catastrophic damage to the engine. and hopefully the transmission isnt destroyed for having driven 50 miles on low fluid levels. im going to make a drink now

Wow buddy, have you considered a Nissan Leaf, not a lot of fluids for you to do damage there.

Extremely reliable and low maintenance car right there, though not very exciting. I did like mine quite a bit.

Don’t expect the battery to last much past 100k miles though.

if it werent for all the snow we get every winter i might at this point. this one really has been hitting me today. i feel really bad about this screw up. because it may be a really expensive screw up

Seriously, it was the best driving vehicle I’ve ever driven in the snow. Beats all my trucks hands down. The EVs are heavy for their size because of the batteries, and I think that helps it handle so well in the snow along with it being FWD.

Charging in the background. 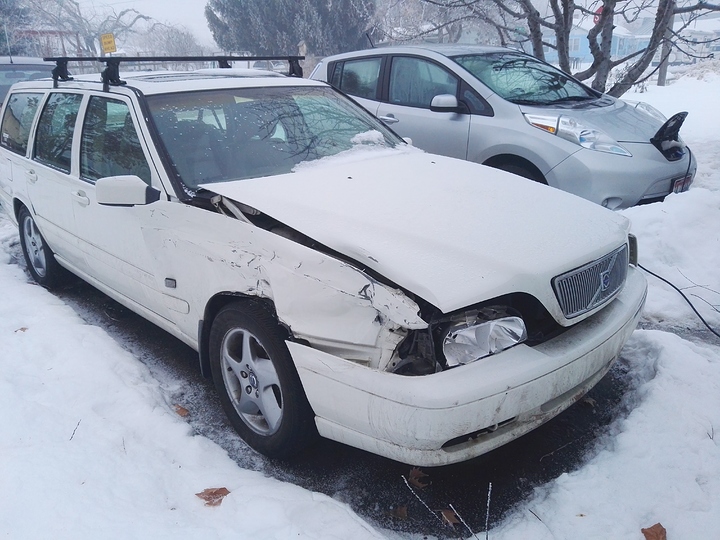 my brother used to have a mini cooper that did really well even when the snow was being pushed by the bumper. car needed a clutch and he didnt have the money to pay for it so he traded it in on a used jetta

s the best driving vehicle I’ve ever driven in the snow.

Can confirm from way up near the north pole.

Seriously though, best of luck with that unfortunate mistake. And don’t beat yourself up about it, we all make them.

the upside to it is im paying more attention to stuff. turns out the slower reverse engagement is common and had a TSB put out for the valve body to be updated. and wife says that if engine needs rebuilt i can source the supercharger components and do it in spring. and outside of ripping apart the diffs i will have a new truck basically.

Transmission fluid has lots of detergent in it. I use a quart of it in the oil and travel about 50-100km just before I’m about to do an oil change on new to me vehicles. It has never caused me a problem. But I’m not overfilled. Overfilling could potentially cause foaming of the oil then the lubicity would be gone. I don’t think 1 quart over will be damaging.

I’ve been keeping a close eye on it. Something is getting insanely hot and smells underneath and I think it might be blow by hitting exhaust.

trans fluid is the best thing you could accidentally put in instead of engine oil. you should be fine if its just 50 miles

It would been an overfilled 50 miles. Because I dumped 2 qts in while it was at proper oil level.