I'm planning to build a pc soon. Ram prices are really expensive at the moment and I want 8gig of ddr3 ram. So i had a look at what was lying around at home and I found 2x4GB ddr3 - 1333(pc3 10600) udimm 240pin.Now would it make much difference if i put that in my build or say some corsair 1333 Ram? The noticeable physical difference is that my ram looks like this: 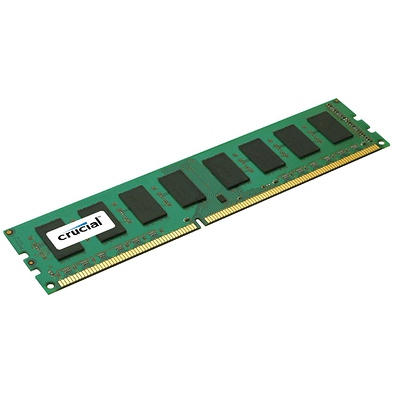 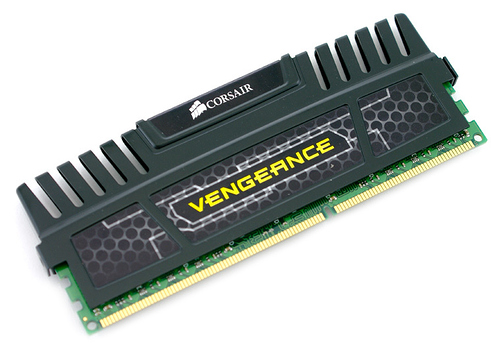 So what are the actual specification differences and how much performance increase would I gain with getting Gaming Ram?

Thanks  For The Help

Probably not, if anything you can tighten the timings on current set. Only game I have noticed that benefits from RAM so far is battlefield 4. Heard a lot of RTS' benefit as well.

Just read your post again. There is no difference between the two, both sets are running at the same speeds.

If you read settings, the speed and the timings are what matters. You can overclock ram by chaning the settings in the bios, but there is no guarantee that the system will boot. Unless you are running an APU, anything beyond 1600 probably will not be noticeable.

Also, some brands overclock better than others. Crucial is good stuff. I have also had good luck with ADATA and Mushkin. I run Corsair Vengeance now (four 4gb sticks), but I am running it stock at 1600 CAS 9. It replaced a 16gb kit of ADATA 1333, but I had that running at 1600, so there is no difference, but the Corsair looks WAY cooler. That is what you are buying.

No such thing as 'gaming' RAM. There is just RAM.

Some modules have gaudy heatspeaders, like Dominator, Vengeance,Trident X, Beast, etc., but they really don't do much. Get the highest speed with the lowest timings that fits your budget, and runs at the lowest voltage. I recommend 1866mHz CL 8 or 9, at 1.5V, for pretty much everything.

Also, don't post in the Hardware subforum; it's deprecated.

Sorry Brennanriddell for posting in the "Hardware" sub forum, I didn't notice the notice saying not to post there.