Any audiophiles used this before or care to weigh the specs compared to a JDS Element. I wanted an external DAC/AMP with a dial and I wanted a microphone input that the element does not have. Just wanted to see people who are more interested to see how close they are to being as clean as possible. 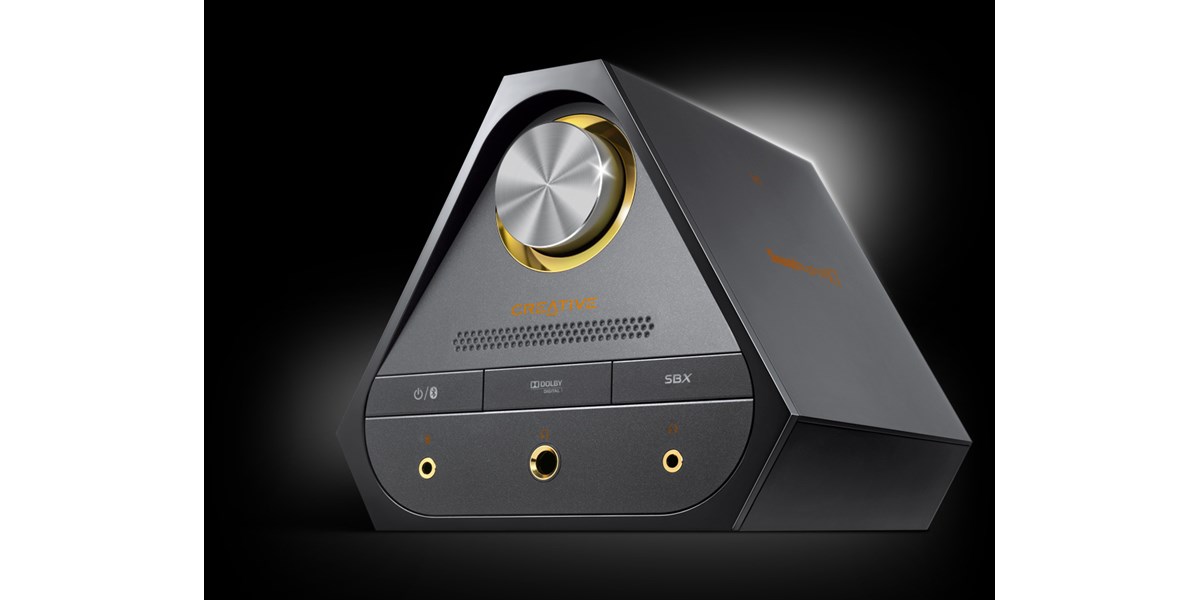 The Sound Blaster X7 is the ultimate upgrade for pro-gamers and audio enthusiasts. This feature-packed ultra High Resolution Audio (HRA) device acts as an external USB DAC and a powerful audio amplifier with low-latency Bluetooth® connectivity and...

What headphones would you be driving with these?

Also interested. I'm planing to buy it, if i can't find anything better in that price range.
The only thing that is holding me back right now is that i'm not sure if it somewhat supports Linux.
Or if i can control the settings with my phone while its connected to my Linux Pc.
Lets see what other people have to say about it

I have X7. I use it even without main comp in cases that I do some stuff without main OS (I either listen music from phone via Bluetooth or Intel Compute stick).

The Android application do not require X7 to be connected to any comp at all (and all setting seems to be present - including switch between 300 ohms and 600. Though I cannot tell if linux drivers on host would somehow prevent android functionality or not.

"The Sound Blaster X7 is the ultimate upgrade for pro-gamers and audio enthusiasts."

This is marketed for the former, an audio enthusiast would probably not even consider this.

I've never been a fan of Creative Labs drivers and software.

If I had the choice of only those two, JDS Element would win it for me. Personally, I'd look into some Schitt products too though.

I would have recommended the Chord Mojo although that is $500 on Amazon which is a bit higher however, if you can find one on eBay they are exceptional little DAC/amps for the money.

Your reasoning? What is bad about the specs of the DAC/AMP?

And don't even get me started on the software. With a decent pair of headphones (which OP appears to have), all software is going to do is add crap to the audio signal. Which if somebody is purchasing a DAC/amp they're typically trying to get crap out of the audio signal. Simulated surround is straight horseshit.

I also find it amusing that when the marketing material is touting the headphone amplifier it shows a pair of Grados. Grados, while good headphones, can pretty much be powered by a bar of soap, they are anything but hard headphones to drive.

Now I'm not saying the X7 is going to be a piece of crap, the DAC specs are good and it's nifty that it has a 2x50W speaker amplifier built in, but the lack of detailed information about the headphone section makes me nervous.

In my opinion it would make more sense to buy a Schiit Stack or equivalent (or even a Fulla) and a separate stereo amplifier. That way you get piece of equipment where the manufacturer isn't hiding the specs and you know exactly what the equipment can or can not do.

Your reasoning? What is bad about the specs of the DAC/AMP?

I didn't say it's bad, but audio enthusiasts care more about built and sound quality, you can get more of that at that price range. However, if you really want all the features of the x7 it's a good choice, thus marketing "pro-gamer".
For me a simple good quality amp is fine, at a fraction of the price.

I'd avoid this with prejudice. The thing is second rate at top tier prices. Maybe look into something like a Schiit if you're set on getting a dac/amp combo.

for example is one of the best you can get for the same price, just get

for better sound at a lower price point.

For that kind of money why not get:

Then you can do more stuff with it.

So much hate for this device, what I got from peoples response so far is, DAC is pretty solid, not enough info on the amp side of things(I would guess its pretty solid), software is shit or not to some people liking. I would be willing to put money that 99% of the people haven't used this specific product, but might have used other sound blaster product. I am well aware of tons of other amp/dac devices, but the draw to this on over the JDS Labs element or other amp/dac options is my mod mic would go to the same device as the headphones, so no need for the cord to go to a different location.

as some one who has not bought a Soundblaster card or Dac in ages I just don't see the point of paying the name tax when you can get a focusrite Scarlett Solo for 100 and if you have high impedance headphones a good standalone amp. The issue I have with soundblaster is that the tech used is not special and the main selling point for soundblaster is the software tuning that they do which is the antithesis of what you want in a good dac.

interfaces will be better for the money, but if he only needs output or a 1x1 then the focus should be on how good the preamps/dac are. I agree otherwise though

@mutation666 I have used the item in question (though it was a friend's purchase, not mine), sounds worse than a pretty middling usb interface that costs 1/4th as much

Any suggestions for one with a 3.5 mic input or one that could have an adapter? Really dont want to get an audio interface, more expensive mic along with a solid amp/dac combo. 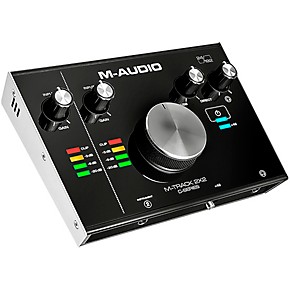 Shop for the M-Audio M-Track C-Series 2x2 USB Audio Interface and receive free shipping on your order and the guaranteed lowest price.

Note that the mic in supports XLR and 6.35mm/¼" in the same port. Its basically the same premise as the scarlett solo.

that's the thing. Even an average 1x1/2x2 interface will have a better sounding dac/amp than the x7 on average, no external equipment needed. I'm really not exaggerating here, the thing is tinny and lifeless at any reasonable volume level.

are you using the mic for music/VO recording or just for communication and games? are you on linux? does your mic require phantom power?

Just running a mod mic, its just a 3.5mm mic