Cpu fan header on a ROMED8-2T/BMC

My lack of server hardware expertise will clearly show here, but as I’m planning my DYI server build, I was looking to make sure all the lead headers on the motherboard are there. an I just cant find anything on where the CPU fan goes…

there are 7 fan leads that I can see on the right, but nothing close to the CPU socket, and both the manual and the diagrams don’t have any mentions for it.

question: for those who have used this board for a build, where do you connect the CPU fan and how is it wired to the CPU sensor logic? via the bios? via BMC? do I need to sacrifice a mermaid ?

thanks in advance for the help.

I’d imagine you would designate BIOS fan curves, to any assigned fan headers
These three [3], would be the closest 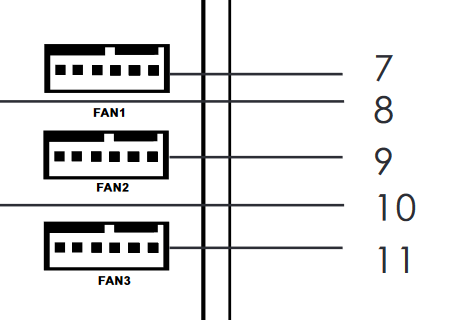 Yeah, the fan headers on that board have six pins(MOAR POWER), and I don’t think there’s any that are called out specifically as being intended for CPU fans, so just use whichever ones make cable management easiest.

On this type of board, the fans are controlled by the BMC. That is where you’ll set up their speed curves. There is no dedicated CPU fan header and they also don’t distinguish fans and pumps.

Those are beefy, too. IIRC, on your motherboard, each header is rated for 1 A (12 W) fans because datacenter.

I just installed a Threadripper Pro board (the Asus) and it’s the same story, fans are controlled exclusively through the BMC. If you’re wondering, that means that if you disable the BMC then all fan outputs stay at 100% speed all the time.

1 amp is normy board stuff. 5 amp sounds like datacenter stuff to me.

I’m not sure exactly how many amps those headers support, but yeah that’s the idea.

Delta, sing to me the song of your people!

Does that mean that in the bmc I can tie the fan to the CPU temp sensor for the curve?

Does that mean that in the bmc I can tie the fan to the CPU temp sensor for the curve?

Yep, the way it works is you can map each fan header to a sensor and then to a fan table: 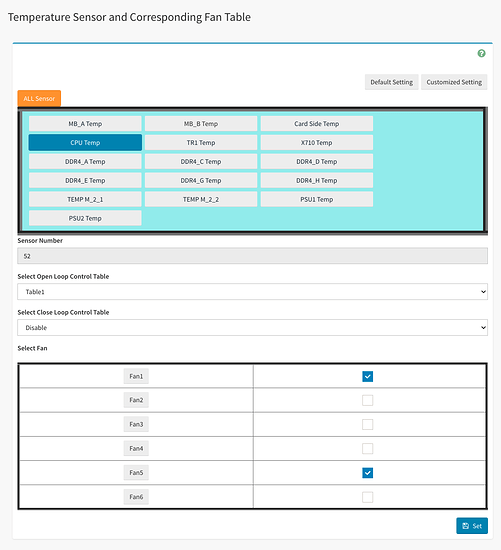 I have two fans on my Noctua NH-14S, connected to header 1 and 5, that are assigned to CPU-Temp, and mapped to Open Loop Control Table 1: 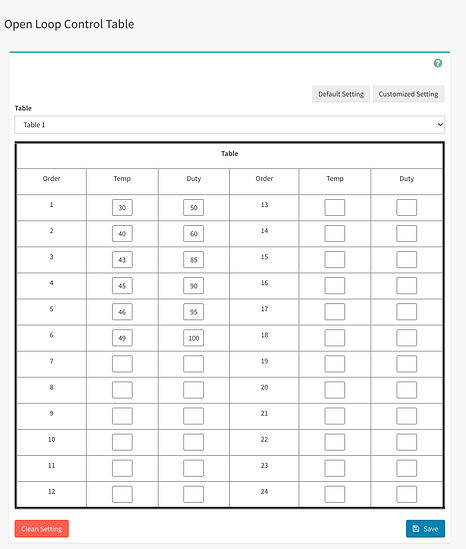 For each fan header, you can individually set it to a manual fixed RPM, or assign it to a sensor reading, controlled by one of eight tables 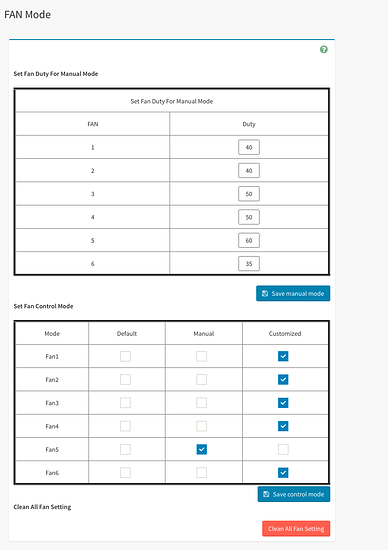 There also is a closed loop control table config that I haven’t wrapped my head around, yet

The previous posts have covered most of it, but just to touch on a couple things: